The Talmud teaches that “whoever saves a life, it is considered as if he saved an entire world.” AB 392, a bill just passed by the California Legislature and ready for Gov. Gavin Newsom’s signature, gives our state the opportunity to save many lives, potentially including my own son’s.

I’ve raised two boys. When the older one was a teenager, I gave him the usual advice: Be kind, study hard, don’t drink and drive. You know the drill. Now that the younger son is 15, I have to add a few extra warnings: “Be safe, don’t wear a hoodie, make sure the police can always see your hands.”

My younger son is 5-foot-9, 200 pounds and black. I’m terrified for him every day in a way I never was for my older, white son. I worry that some police officer may misinterpret something he does and shoot him. That’s why I’m so proud that the California Act to Save Lives bill, which will change the “use of force” rules for police officers in the state, is on the verge of becoming law.

In 2017, the last year for which statistics are available, officers killed 172 people in California, a rate that is 37 percent above the national average. Half were unarmed. Of the unarmed victims, three in four were people of color. Black Californians were 3.2 times more likely to be killed by police than white people were.

These discrepancies violate so many principles of Jewish law. If, as the Torah teaches, we are all created in the image of God, how is it acceptable that we treat some of our people with such severity? How can we square these figures with the Talmudic injunction that what is hateful to you, do not do to your neighbor?

The California Act to Save Lives aims to improve this record. Currently, police may use deadly force when they deem it “reasonable.” The reasonableness of their actions is determined by how another officer would have reacted in a similar circumstance. The problem with this standard is that it has allowed for deadly force in situations like that of Tamir Rice, the 12-year-old African American boy who was playing with a toy gun in a Cleveland park when he was killed in 2014.

One of the driving forces behind California’s passage of AB 392 was Attorney General Xavier Becerra’s proposal for a similar standard in Sacramento after the 2018 police shooting of a 22-year-old African American, Stephon Alonzo Clark, in his own grandmother’s backyard. Officers thought he was wielding a gun; he was only carrying a cellphone.

If signed into law, this new bill will change the deadly force standard to “necessary.” It will encourage the use of other resources and techniques, such as verbal persuasion and crisis intervention. If officers do use unnecessary deadly force, the bill will make it easier to hold them accountable. Police departments will be able to discipline or fire officers who use unnecessary deadly force, and local district attorneys can file criminal charges. If the governor signs the bill (which he has indicated he will do), California will be the only state to combine the “necessary standard” with the requirement that courts consider officers’ conduct leading up to a use of deadly force in determining its legality.

Sometimes this issue gets boiled down to whether police officers are good or bad individuals, whether they are racist or not racist. But that’s missing the forest for the trees. All police officers, regardless of intentions, have implicit biases, like everyone else. We all make snap judgments based on our unconscious prejudices, even when our conscious, rational minds reject racism.

I’m hoping AB 392 slows down the interactions between police and suspects long enough to support more officers to make rationally based decisions, rather than adrenalin-based ones. The bill encourages them to keep the “necessary” standard for the use of force front and center when they are on the street.

Some worry that replacing the current standard will endanger police officers or even threaten public safety. That has not been the case where similar laws are in place. Seattle has about a decade of experience with the “necessary” standard. In that time, the city saw a 60 percent decrease in the use of deadly force, with no increase in crime or injuries to police.

As Jews, we have been subjected throughout history to discriminatory treatment. Our own experience behooves us to speak out in favor of this and any other law that might save a young person from the kind of discrimination that resulted in the deaths of Stephon Clark and Tamir Rice.

I don’t want my son to be the next statistic. AB 392 becoming law is one way to make him safer. 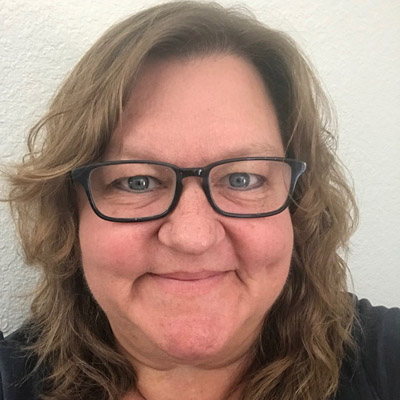 Ilana Lutz is a member of the criminal justice team of Bend the Arc, a progressive Jewish group advocating for justice and equality.