The Cyclops brews coffee with an eye on the future

Doing homework at a café may be what launched Eli Salomon’s eventual career — and his love affair with coffee. He was in high school in Dallas at the time, an alum of Jewish day school, and took his father’s suggestion that they go to a coffeehouse together and get some schoolwork done.

“That combination of being forced to sit down and do my homework, and doing it while caffeinated, made my GPA skyrocket,” he said. “I went from being below average to being one of the top students in my high school.”

Today the 37-year-old San Francisco resident is CEO Of Voga Coffee, which has reinvented the way coffee is brewed. Its Ground Control Cyclops machine took best new product honors when it launched last year at the Specialty Coffee Expo in Seattle, the highest industry award for commercial coffee-making equipment.

Three of his four grandparents were Holocaust survivors. His maternal grandfather had been a Socialist in Poland who believed strongly in building things to contribute to society, something Salomon admired about him. His paternal great-grandfather was a settler in pre-state Israel, where he was an inventor; he invented the machine that pasteurized milk in Israel.

“Later he also had a vinegar operation and made apple cider, so he developed all the machinery and the bottling operation,” said Salomon. “So from both sides of my family we have people who were builders.”

Salomon’s path to the coffee industry took a few unconventional turns. He became interested in brewing technology while working with a tech investor in Dallas. That was after receiving his undergraduate degree from Johns Hopkins, attending law and business school and doing a three-year stint in a law firm.

But his true entry into the business started in 2015, just a few years after he moved to the Bay Area, when he found himself thinking again about coffee and had a so-called lightbulb moment.

“No one had really come up with a new way to brew coffee at scale,” Salomon said. “Coffee has improved dramatically since drip coffee was invented in 1954, and the way we consume it has fundamentally changed. I realized that maybe there’s another way to brew coffee that could not only produce a much better cup, but could really help the cafés and businesses by producing it at greater scale.” In addition, he said, the drip method “is wasteful, ugly and makes a pretty bad cup of coffee.”

One of Salomon’s closest friends from college, Josh Avins, had just finished his Ph.D. in chemistry. He flew out to the Bay Area and the two began tinkering in Salomon’s kitchen.

Using glassware from the chemistry lab and an air mattress vacuum to remove the grounds, it was Avins’ idea to brew the coffee three separate times, combining those three brews together to make one outstanding cup. They continued to refine their process, trying it out on friends. Finally, it was the taste of their product that convinced a third co-founder and coffee industry professional, Jason Sarley, to join them some time later.

They entered the marketplace with a machine called Ground Control, which they have retired in favor of their newer model, the Cyclops.

“The Cyclops brews the coffee in three separate stages,” Salomon explains. “First, it adds water to the grounds, and then a powerful vacuum sucks it out and puts it into a collection chamber. Then new water goes into those grounds, and brews it a second time, and then a third time. The staged brewing process allows us to leave in more of the positive flavors of coffee while leaving out the negative; you have much more control this way.”

The machine also works well for brewing a superior cup of tea at scale; Salomon noted that someone in Singapore recently bought three machines and brewed 7,000 cups of tea in four days.

About 60 of the machines are in use around the world, including several in the Bay Area: at Dandelion Chocolate café, Front Café, Equator in Fort Mason and UpforDayz in the city, Firebrand in Oakland and Highwire in Berkeley. When it opens, Boichik Bagels in Berkeley will have one, too.

The machines, manufactured in West Oakland, cost $7,500, but a new model under $6,000 is coming to market next month.

“It’s less than a Rolex, and it makes the best coffee in the world, so it’s a bargain,” said Salomon.

Noting that the machine also does cold brew, Salomon concluded by saying, “Our goal is to replace every single drip brewer in the world.” 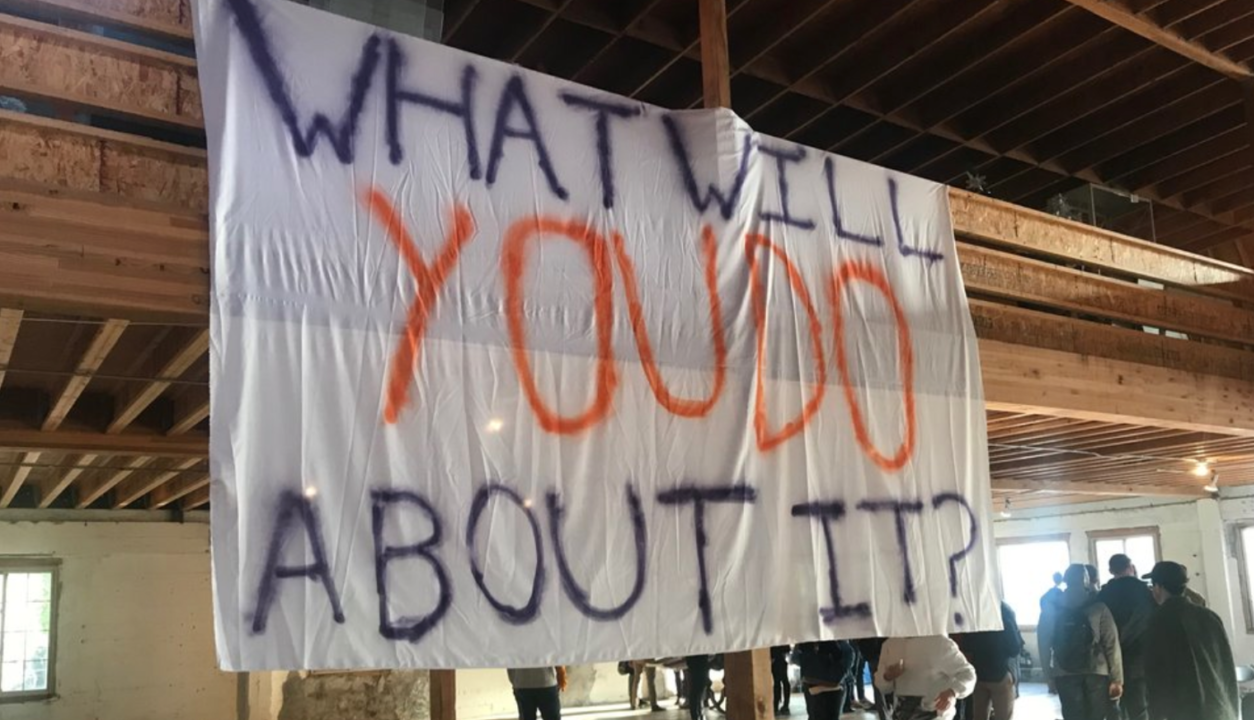