Two little biblical letters that ‘mean nothing but express everything’

It was “Ask the Rabbi—Open Mic Shabbat” at Congregation B’nai Balagan in Chelm. This new program was the result of a board of directors’ vote following the expenditure of a lot of money to the Chelm Marketing Mavens.

Mr. Shusterman: “Yes, I have a question.”

Another member: “I have a question.”

“Why is this Shabbat a double Torah portion, Vayakhel and Pekudei, when in 2016 my son only read Vayakhel for his bar mitzvah? A week later, some other kid read Pekudei.”

Oh no, thought the president.

I got this, thought the rabbi. “There are four pairs in a regular year: Vayakhel-Pekudei, Tazria-Metzora, Acharei-Kedoshim and Behar-Bechukotai. There are other pairs for other reasons, but let’s stay with these. In a Jewish leap year, we add an extra month, consisting of 30 days — four more Shabbats — and so these portions expand, giving us four more readings. The next will be the year 2022.”

“That’s the year of my daughter’s bat mitzvah. Who do I speak to about this? Should we pay half dues?”

Oy, thought the president. “Yes, young lady. Do you have a question?”

“Yes, it’s a historical question. I have heard that David Ben-Gurion thought that an Arab could be president of the future Jewish state and that he also favored moving Arabs away from Jewish settlements. Which is true?”

President: “We said no Israel questions!”

“It was Palestine then. Not yet Israel.”

President: “We said no Israel questions. Who are you?”

“I’m in college now, but you presented me with Shabbat candles when I became a bat mitzvah seven years ago. I am a daughter of this congregation and a member of my Hillel and IfNotNow.”

I got this, thought the rabbi. “Did you know that Ben-Gurion tried to have ‘et’ officially banned from usage because it lengthens the sentence without adding meaning and it is an unnecessary cost to modern Hebrew printing.”

“A two-letter word, spelled alef-tav. It’s a grammatical marker for a direct object, an extra Hebrew preposition. ‘Ha’ in Hebrew is ‘the.’ ‘Et-ha’ is Biblical Hebrew. We still translate ‘et-ha’ as ‘the.’ We say ‘The Tabernacle’ even though in Hebrew it is spelled ‘et-ha Mishkan.’

“That’s why Ben-Gurion tried to have ‘et’ officially banned from modern usage. However, there is more going on in Chapter 35 of this Torah portion. There is an ‘et’ parade beginning with verse 10, and then the ‘et’ is repeated 41 more times!

“The Zohar regards each Hebrew word of the Torah as filled with meaning. Professor Daniel Matt teaches that the ‘et’ (that Ben-Gurion says is useless and has no actual meaning) is comprised of the first and last letters of the Hebrew alphabet (alef and tav), and it ‘means nothing but expresses everything.’ It came to represent all of the qualities of the Divine as embodied in the Shechinah, the felt presence of God.

“In this Torah portion, we build the ‘Et-Ha Mishkan,’ literally ‘dwelling-place,’ the place where God and Israel meet. It is here that God’s divine presence, the Shechinah (same root as Mishkan) resides where we gather.

“Each of the 42 alef-tavs represent the continued presence of the sacred as each small piece of the Mishkan is assembled. Every clasp, plank, bars, posts, socket and pole. Each and every member of the community brings the ‘et’ the alpha and omega, the beginning and end, the totality and the Divine Presence. No person or part is unimportant, each is bringing ‘et.’ 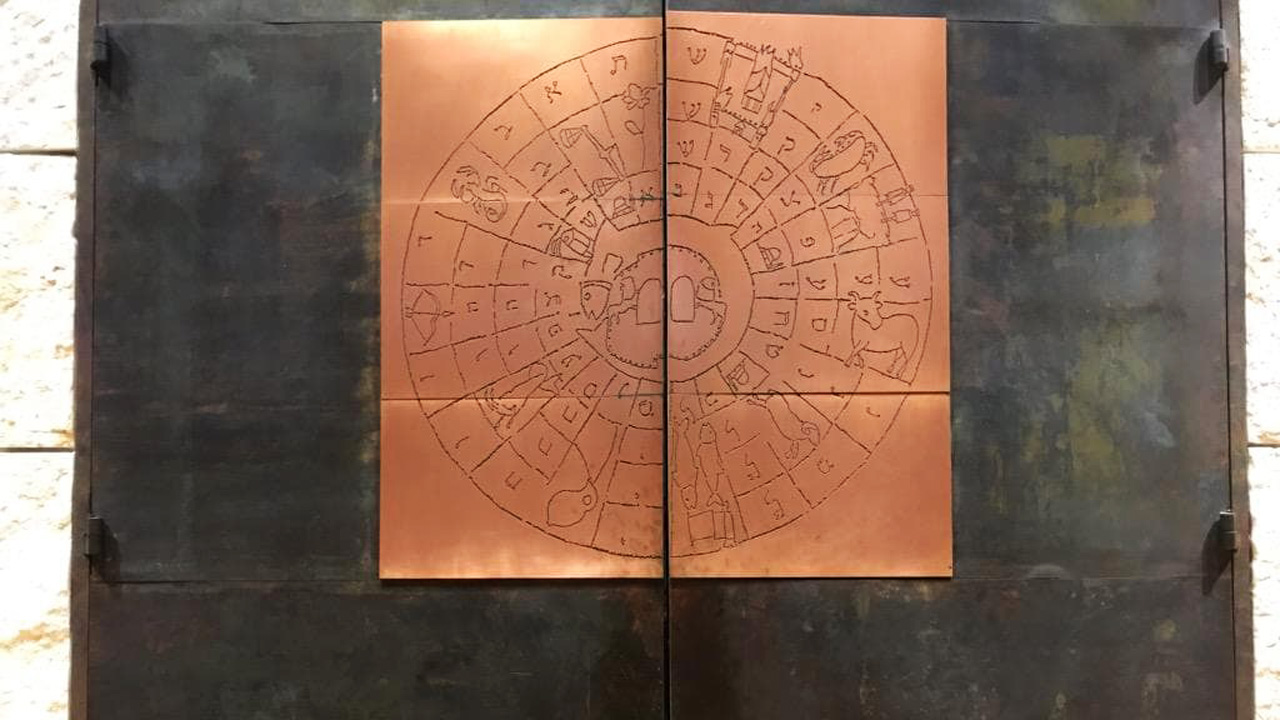