Who is officiating — and why?

How many of us would go to a “doctor” who had no medical training but had purchased a stethoscope, a white lab coat and a “diploma” stating that they had graduated from a non-existent medical school?

No one of sound mind would patronize an ersatz physician, lawyer or psychotherapist, and yet thousands of couples don’t hesitate to engage a wedding officiant who has no training whatsoever — someone who has purchased “ordination” from a dubious online ministry, along with clerical garb and manuals, marriage certificates, letters of good standing, customizable weddings addresses, and inclusion in a clergy directory — or deputize someone to become an officiant-for-a-night.

Growing numbers of couples entrust their most intimate lifecycle events to such officiants, which is not surprising since ceremonies officiated by deputized family and friends are often heartfelt, especially when there is a lifelong connection to the celebrants.

Nevertheless, sometimes such an officiant mumbles, rambles on, cries, uses humor inappropriately or makes it difficult to understand the point of the remarks.

One officiant father began remarks to his son by saying, “You were bloody at birth” and then went on and on about his child’s entire life history, much to the displeasure of the bride and her family. A mother of a groom complained to me after a ceremony conducted by a friend of the couple that no mention was made of God. To comfort her, I responded that that does not mean that God was not there.

As the representative and interpreter of an ancient tradition, an ordained minister, priest, rabbi or imam, by his or her very presence, brings an aura of sanctity to this profound lifecycle event and elevates an otherwise purely legal transaction to the level of a covenant.

If the clergyperson has known the couple for a long time, or has made the effort and taken the time to get to know the couple, they are even better positioned to craft a wedding ceremony that celebrates the private love of two individuals even as it connects them to something larger than themselves.

The growing phenomenon of people feeling detached from religious customs, traditions and clergy means that so many individuals on the fringe of or totally alienated from faith communities will never know what they are missing.

“Nones,” those without religious practice or affiliation, now comprise one-quarter of the population. U.S. church membership has dropped precipitously from 68 percent in the 1990s to 45 percent at present. Increasing numbers of Americans who stay home describe their faith as “spiritual but not religious,” even though they may be ignorant of rites, rituals and history.

In a November 2019 article in the Atlantic titled “Why Don’t I See You Anymore” in the print edition, “The Sabbath World” author Judith Shulevitz notes that the unfinished business of the workday beckons workers to open their phones or laptops at home, thereby replacing genuine human interaction. Technology creates superficial friendships easily unfriended with the touch of a screen. This results not only in loneliness, but also self-absorption, selfishness and seclusion.

Continuous partial attention — multitasking, skimming incoming data and moving on to the next stream, often all at once — provides few opportunities to have disconnected moments of peace. The impact on civility, manners and interpersonal communication can be seen in worshipers regularly checking email and texting during services and ceremonies.

Twenty years ago, in his troubling book, ”Bowling Alone: The Collapse and Revival of American Community,” Robert Putnam noted the loss of “social capital” — that essential part of community that helps people find jobs, solve problems, control crime and fosters a sense of community well-being, along with the connections to clergy and religious institutions.

There are rays of hope, however, as some religious organizations build connections with young people long before they consider the possibility of marriage.

To cite the example I know best, Congregation Emanu-El in San Francisco recently celebrated the 20th anniversary of its young adult community at a worship service with 800 young adults in attendance.

Twenty years ago, the clergy and staff made a concerted effort to draw young adults into the congregation, long before they married and had families. The congregation invested in programming, staffing and clergy in order to lower a membership age that was then skewed to the over-60 population.

This community within the community began in 1999 by attracting 60 worshipers to what rapidly became 500, and then 1,000. Today, fully one-half of the congregation’s membership is 39 and under. And many of them are connecting with the clergy and inviting them to officiate at their weddings.

The congregation has so many marriages and babies being born that its child and adult education programs have exploded, requiring a forthcoming major expansion of its facilities.

In an age of rapidly shifting religious landscapes, religious institutions will need to marshal the will, resources and imagination necessary to show young people why religion matters, and why it can matter to them. 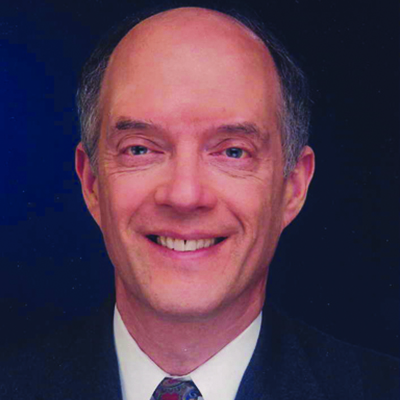 Rabbi Stephen S. Pearce, Ph.D., is the senior rabbi emeritus and the Taube scholar at Congregation Emanu-El in San Francisco. Ordained at Hebrew Union College–Jewish Institute of Religion, he earned his doctorate in counselor education at St. John’s University.