We need an ethnic studies curriculum that respects all minorities

This letter was written by three recent high school graduates active in AJC, the American Jewish Committee. On July 24, it will be sent to Jose Iniguez, chair of the Instructional Quality Commission of the California State Board of Education. California students can add their names to the letter here.

We find ourselves at a moment of national reckoning surrounding racial injustice, and engaging in a long overdue dialogue across the nation about institutional racism, police brutality, and how disparities by race touch every aspect of American life. Meanwhile, white nationalism and hate crimes persist worldwide.

As graduates of the California public school system and as interns with the San Francisco and Los Angeles offices of the American Jewish Committee, we write today to express our firm support for an ethnic studies curriculum in California K-12 schools. Following the traditional framework for ethnic studies, this instruction should center upon the history and oppression of the African American, Latinx/Chicanx, Asian American and Native American communities. Now more than ever, education must be used to shine a light on the ongoing experiences of these groups with systemic racism and marginalization, including in mainstream high school curricula.

We agree strongly with the ethnic studies coalition’s argument that ethnic studies instruction will improve the engagement, retention, and academic performance of students of color. It is important that students in California’s high schools be able to recognize themselves, their families, and their lived experiences in what they learn in the classroom.

In the current curriculum draft, we are pleased also to see discussion of critical historical events and movements that for far too long have been left out of the public school classroom, including the experiences of Southeast Asian immigrants and the racial enclaves they created in California, the forced removal of California Native American tribes and the creation of reservations, the plight of undocumented immigrants and DREAMers protected by DACA, and the history of redlining and greater trends of anti-Blackness and privilege in the United States.

Additionally, we appreciate that the curriculum places emphasis on civic engagement and action, a worthwhile inclusion for high school students. In several lesson plans, students are encouraged to discuss issues they care about with their elected officials, host events, and cultivate conversations within their communities. This is a crucial element to educate students about their civic responsibility, and illuminate their agency and ability to enact meaningful change. It is essential that California students are equipped with the skills to challenge the structures of inequality in our state and nation.

But fully addressing these critical social issues need not and should not come at the cost of excluding or demeaning other ethnic groups. There can be no comprehensive analysis of white supremacist ideology, then, without interrogating the role of anti-Semitism.

From the outset, we would like to acknowledge that anti-Semitism is not the same as anti-Blackness and racism against people of color. While racism against people of color remains systemically embedded in American institutions and culture, today white-passing Jews benefit from white privilege and can perpetuate white supremacy. Consequently, the Ethnic Studies Model Curriculum should undoubtedly center the experiences of institutionally minoritized groups; our call is for anti-Semitism to be additionally analyzed as a form of hatred propagated by white supremacist power structures which persist in the United States. Our goal is to uplift our persecuted community through discussion of the Jewish American experience.

White supremacist violence motivated by a hatred of non-Jewish people of color often blames Jews and Jewish institutions for America’s racial diversity. According to the “Great Replacement” conspiracy theory advocated by the mass shooters who attacked the Tree of Life synagogue in Pittsburgh and Chabad of Poway, immigration and demographic change represent an intentional genocide of America’s white majority masterminded by the Jewish collective.

Before murdering 11 Jews at prayer, the Pittsburgh shooter posted the following message on Gab: “hias [Hebrew Immigrant Aid Society] likes to bring invaders in that kill our people. I can’t sit by and watch my people get slaughtered. Screw your optics, I’m going in.”

1. The curriculum should not explicitly or implicitly endorse anti-Semitism

The first draft of the ESMC contained material, which implied Jewish control of the media, grossly oversimplified the Israeli-Palestinian conflict, and uncritically valorized the boycott, divestment and sanctions (BDS) movement, whose founders are open about their desire to end the Jewish state of Israel.

Song lyrics such as Shadia Mansour’s verse in Sample Lesson 2 of the Arab American studies course outline paint Israelis as colonizers and propagates the anti-Semitic trope of Jewish control of the media.

Linda Sarsour, a past co-chair of the Women’s March with ties to Nation of Islam leader and open anti-Semite Louis Farrakhan, is listed as a potential significant figure to cover in class. This is not appropriate material for an ethnic studies curriculum that ostensibly seeks to challenge stereotypes and bigotry.

Similarly, the African American studies course outline includes Hebrew Israelites and the Nation of Islam as suggested spiritual and religious groups to cover. While these groups may be important aspects of the Black religious experience in America, they are also known purveyors of anti-Semitism. Without providing students with context, classroom instruction on such figures and groups will serve only to legitimize hate and anti-Semitism.

We are grateful that the State Board of Education has committed to removing references to BDS for the ESMC second draft, and we hope that the content of the second draft provides no further cause for concern.

2. The curriculum should define and analyze anti-Semitism and its relationship to white supremacist, anti-Black, anti-Latinx, anti-immigrant/refugee and Islamophobic bigotry

The first draft of the ESMC failed to define anti-Semitism, much less discuss the central role that Jew-hatred plays in white nationalist ideology.

While an entire lesson plan is rightfully devoted to the discussion of Islamophobia in the United States, a definition of anti-Semitism is not even provided in the glossary.

Both terms should be clearly defined and their impacts on the Muslim and Jewish communities should be discussed in the curriculum. As addressed above, anti-Semitism is crucially different from anti-Blackness and other forms of racism.

This distinction is an important aspect of this conversation, as is the inclusion of instruction on anti-Semitism for high-school students seeking to critically understand extremism in modern day America.

3. The curriculum should discuss the Jewish experience in America and California through the ethnic studies framework

The Arab American studies course outline, which we strongly support, includes detailed, high-quality lesson plans about Arab immigration to the United States, the challenges of Arab and Muslim Americans in contemporary social/political contexts in the United States and Islamophobia.

However, the curriculum contains only four one-word references to Jews. The only mention of Jews in the ESMC draft connects to offensive Arab stereotypes (ex. insulting Palestinians as “terrorists [who] blow up airlines, try to ‘destroy Israel’ and ‘drive the Jews into the sea’”) or a brief mention of Jewish immigration.

To be genuinely inclusive and accurate, the curriculum should discuss the rich history of Jews in the United States, including but not limited to Jewish immigration, the building of strong Jewish communities throughout the U.S., their contributions in varying industries and the challenges faced by Jews in employment, housing (in the form of hate crimes) or as scapegoats during national hardships.

This is particularly important because the ESMC stresses that curriculum content should be representative of the local population; there are over 1.18 million Jews in California, representing 2.96 percent of the state’s population. Further, the substantial diversity within California’s Jewish population ought to be reflected in public education; an estimated 11.2 percent of American Jews are people of color.

While we understand that a semester course cannot reasonably be expected to teach all there is to know about every ethnic group, much less every ethnic subset, it is important that students learn about the diverse backgrounds from which Jews originate.

Jews are not a uniformly light-skinned people descended from European immigrants. In fact, the Jewish diaspora resulted in a number of distinct Jewish cultures with unique regional, ethnic, cultural, linguistic and religious characteristics. These subgroups include Ashkenazi (Central to Eastern Europe), Sephardi (Iberian), Mizrahi (Middle Eastern and North African), Persian (Iranian), Beta Israel (Ethiopian) and others.

4. The curriculum should address the experience of other important ethno-religious groups in California, including Armenians, Assyrians, Hellenes, Hindus and Koreans

In addition to the Jewish American narrative, we support an interfaith-interethnic coalition which stands for representation of Armenian, Assyrian, Greek, Hindu and Korean communities in the ESMC.

We envision an ethnic studies curriculum that allows students to gain a deeper understanding of and appreciation for the diverse ethnic composition and cultural diversity of our nation by recognizing and discussing the vast history and contributions of California’s many ethnic groups.

As Jewish American students who recently graduated from California public high schools, we have personal experiences regarding the scarcity of information about Jewish history and anti-Semitism in the classroom.

Beyond perfunctory lessons on the Holocaust during study of World War II, there is often little if any attention paid to the rich tapestry of the Jewish American experience. Many of us recall the resulting discomfort from poorly taught lessons on the Holocaust, serving as the resident Jewish students in the token class about Jewish history.

Unfortunately, as we have discussed, the first ESMC draft contained similar pedagogical issues. As written, the draft curriculum will not provide a deeper understanding of the Jewish experience. More importantly, the erasure of Jewish representation and the inclusion of offensive material will likely foster hostility and discrimination both inside and outside the classroom.

Gov. Gavin Newsom, State Superintendent Tony Thurmond, the State Board of Education and many others recognized the harm that this early version could cause to our collective community.

We look forward to a future curriculum that upholds the State Board of Education’s affirmation of a curriculum that is “accurate, free of bias, appropriate for all learners in our diverse state, and [aligns] with Gov. Newsom’s vision of a California for all.” The ethnic studies curriculum is crucial; when it is inclusive, holistic and pedagogically sound, it will be a curriculum that we will all be proud to see implemented in our schools.

We urge you to ensure that the ESMC committee makes the necessary changes to remedy the problematic elements in this first draft, and to finalize a curriculum that reflects the diversity of peoples and rich history of our great state. 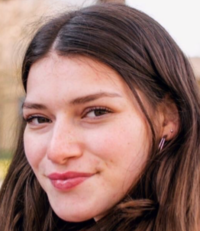 Rivka Keith is a 2019 graduate of Lowell High in San Francisco. 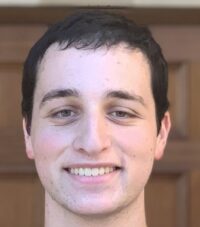 Grayson Peters is a 2017 graduate of Agoura High in Los Angeles County. 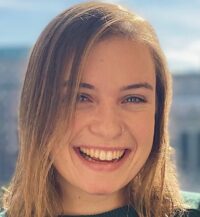 Ilana Hamer is a 2017 graduate of Carlmont High in Belmont.