Jewish class shut down by Covid? Here’s an Israel-focused alternative

It started with a phone call. When Covid shut down schools and Sunday school programs last March, Sharona Israeli-Roth, the S.F.-based regional director of the Israeli American Council, didn’t think it would last long. But as a former career educator, she still wanted to fill any gaps in Jewish education that were cropping up as, one by one, synagogues and schools closed their doors.

One phone call with the head of the IAC later, she had a new role: setting up Ofek Hub to provide low-cost, online Hebrew language and Israeli culture classes for all ages.

“I see the needs of bringing Jewish education and connection to Israel to be part of our big mission, from now on,” she said.

Ofek Hub is a slickly designed and well-organized online learning portal currently offering more than 70 classes — from beginning conversational Hebrew to a study of graffiti in Tel Aviv, from Israeli cooking to the history of the kibbutz. Classes are small and taught by professional teachers hired by IAC. Prices were set to be affordable, such as a 20-lesson session of Hebrew for adults that breaks down to $13 per class. Some classes, such as one on parenting during Covid, are in Hebrew and are designed to connect the Israeli expat community. Others are in English, such as “songs from Jerusalem.”

As different as they are, the classes all fit in with IAC’s mission of strengthening the relationship between American Jews and Israel and connecting second-generation Israelis in America to the culture of the country.

“Everything that we do is to connect the person to Israel,” Israeli-Roth said.

IAC was founded in 2007 in Los Angeles and has a presence in more than 20 U.S. cities, with a mission of building “an engaged and united Israeli-American community.” IAC also runs young professional networking trips to Israel for budding entrepreneurs in high school and offers college campus outreach. The agency has had major financial backing from the late Sheldon Adelson, casino magnate and megadonor, and his wife, Miriam Adelson.

Ofek classes aim to promote Israel in a nonpolitical fashion, according to teacher Zehava Dahan. The Israeli educator was one of the first to sign on to work with Ofek, where she has taught language, Israeli culture and even a secular kind of b’nai mitzvah class, where she discusses identity and rites of passage with kids. She said that she actively stops political conversation in her classes, because teaching about Israel doesn’t have to be about that.

“People associate it with political views, but we want the kids to understand a deeper connection to Israel, and the beauty of Israel,” she said.

Dahan acknowledged that there are political conversations to be had, but they shouldn’t preclude celebrating the country. “My love and care for Israel is still there, and it should be for everyone,” she said.

Both Dahan and Israeli-Roth, who spent 20 years in Hebrew and Jewish studies at the Brandeis School of San Francisco, said they had noticed a bit of a turning away from Hebrew-language education in the Bay Area recently, and a decline in teaching about Israel.

“I felt in the last few years there was a barrier that started building about engaging and talking about Israel,” Israeli-Roth said.

Dahan agreed. “There’s a love-hate relationship with Israel,” she said.

But Dahan loves teaching the Ofek students, adults and children alike, about Hebrew as a language and Israel as a country. She’s had students from all over the U.S. and Canada and she enjoys watching them learn not just about Israel, but about each other.

Ofek has had close to 2,000 students so far, and it also works with institutions that want to outsource any of their Jewish education.

Michelle Levin of Marin is one of those students. She has taken several classes, including Hebrew, through the hub, and so has her 17-year-old daughter.

“You can sample a lot of different things, which is what I’ve done,” she said. “All the instructors I’ve had are very experienced.”

Though a byproduct of the pandemic, Ofek might stay just as robust afterward, Israeli-Roth said. noting that a lot of people have been using the platform not because Covid has shut down synagogue classes but because there isn’t a synagogue or Jewish learning center nearby.

“We are reaching people who could not get Jewish education because it didn’t exist in their area at all,” she said.

In addition to strengthening the bonds between Jews in American and the culture of Israel, Ofek also is providing some community during a stressful time, or, as Israeli-Roth put it, “Giving something that would ground them in the time that all of us are afraid, all of us lost our community.”

People interested in Ofek Hub can learn more about the program at ofekhub.org or by sending an email to [email protected]. 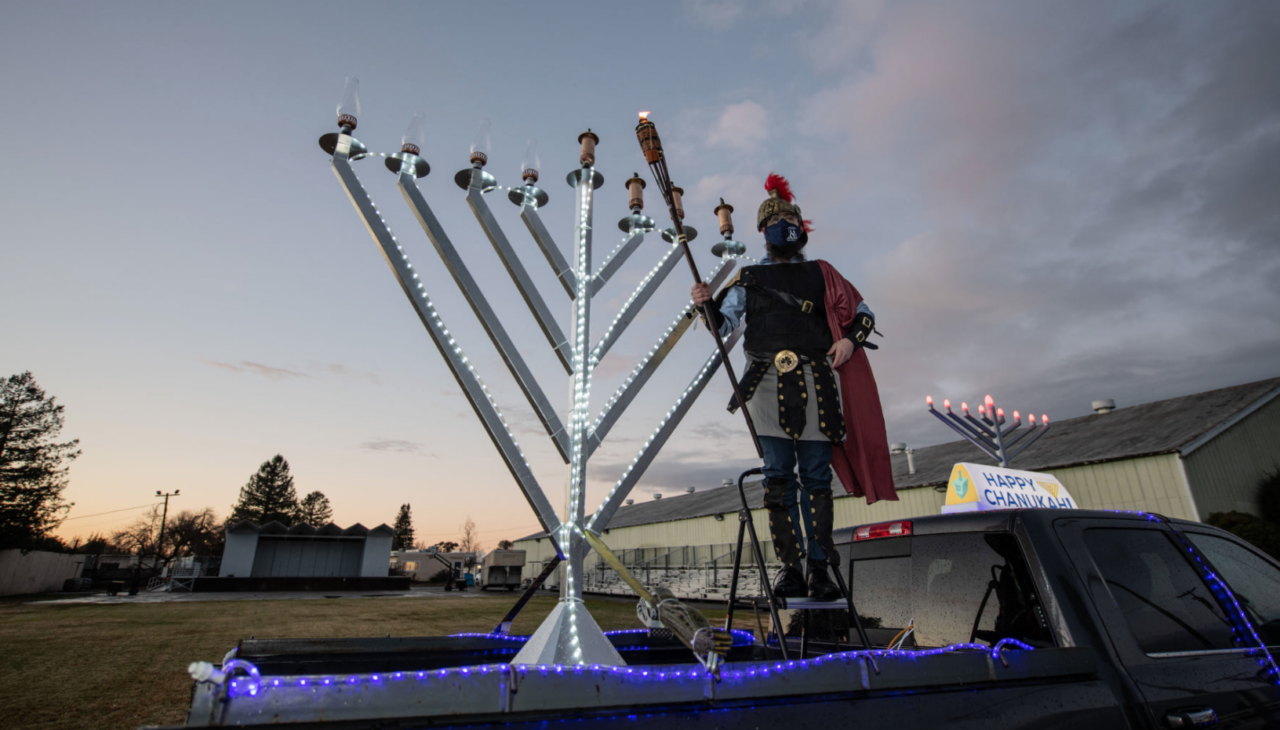