A federal program that helps synagogues and other entities improve their physical security is taking applications until April 7. Synagogues and Jewish nonprofits are eligible.

The Nonprofit Security Grant Program, established in 2003 in the wake of the 9/11 attacks, “provides funding support for target hardening and other physical security enhancements and activities to nonprofit organizations that are at high risk of terrorist attack,” according to its website. The program is overseen by FEMA, the Federal Emergency Management Agency,

“Being able to put in some basic security improvements can really change the calculus,” said Rafael Brinner, security director of the S.F.-based Jewish Community Federation. Grants can be put toward a variety of uses, such as security cameras, a parking lot gate, security personnel, or security training and planning.

“Instead of being a vulnerable target of a hate crime or attack, you now appear as a prepared and alert organization,” Brinner said.

To be awarded a grant, applicants must identify on-site security vulnerabilities, Brinner said. The maximum grant is $150,000, and organizations that have not received money in the past will be prioritized. Applications are sent to the Governor’s Office of Emergency Services, then on to FEMA for approval.

The total amount of federal funds available this year is $180 million, double what it had been. That’s because of the financial challenges brought on by the pandemic, said Brinner, whose organization is offering to help nonprofits with the application process (send an email to [email protected]).

In addition to the federal NSGP, there is also a state-funded version of the program. In its first four years, it doled out $4.5 million; in 2019, after attacks against synagogues in Poway, Pittsburgh and abroad, Gov. Gavin Newsom increased its funding to $15 million. Applicants could be awarded up to $200,000.

But in his budget proposal in January, Newsom did not allocate any funding to the program for the upcoming fiscal year.

In response, the California Legislative Jewish Caucus is urging Sacramento lawmakers and the governor to put $50 million toward the program when the state budget is finalized in June, said Assembly member Jesse Gabriel, caucus chair, who represents the San Fernando Valley.

Gabriel said even though the federal NSGP has doubled its funding, the demand still exceeds the supply.

In 2019, there were 450 applicants to the state program, Gabriel said, and only 87 were awarded grants. In 2020, zero dollars were allocated for the program because of the state’s enormous deficit due to the pandemic. But this year’s budget proposal includes a surplus, something Gabriel said makes this moment an “important time for us to push and make the resources for this.”

Gabriel cited New York, which allocated $45 million in funding for its Securing Communities Against Hate Crimes Program in 2019, as an example of a state prioritizing a comparative program. The Berkeley-born politician also pointed to data showing rising hate crimes in the state, as well as an uptick in antisemitic incidents nationwide.

“When you look at the data and talk to community members and watch incidents unfold … this is a real priority for the community,” Gabriel said.

The caucus already has submitted its request to an Assembly budget subcommittee, but the caucus has yet to speak with Newsom, Gabriel said.

On Feb. 22, Gabriel and other Jewish caucus members joined a group of Sacramento lawmakers in promoting a list of hate crime bills in response to recent violence against Asian Americans. If passed, the bills would increase the penalties for and help better track and report hate crimes.

For information on an NSGP grant, visit this FEMA site. California issued a memorandum about the grants that includes a schedule of helpful webinars; it’s available here. 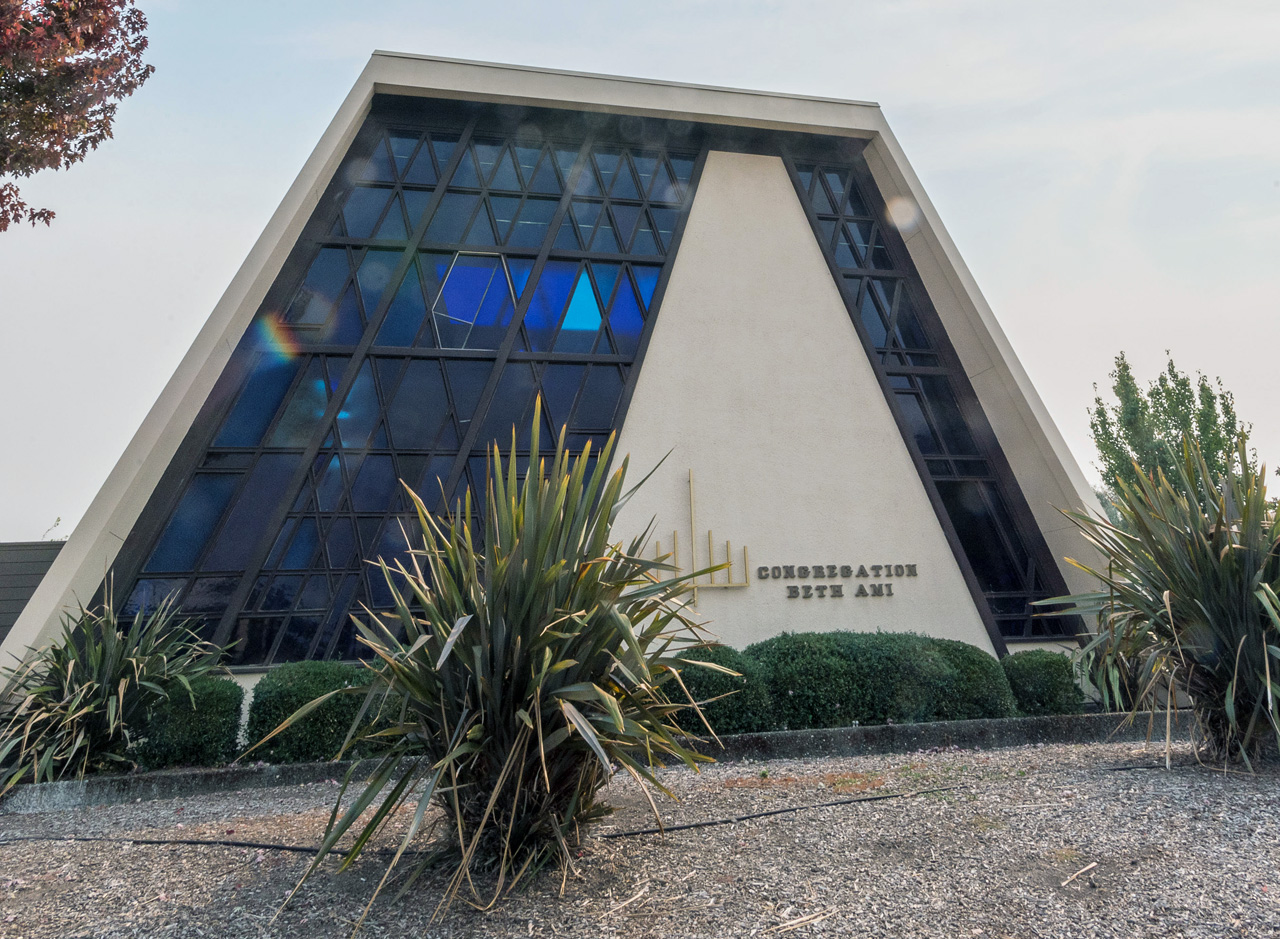 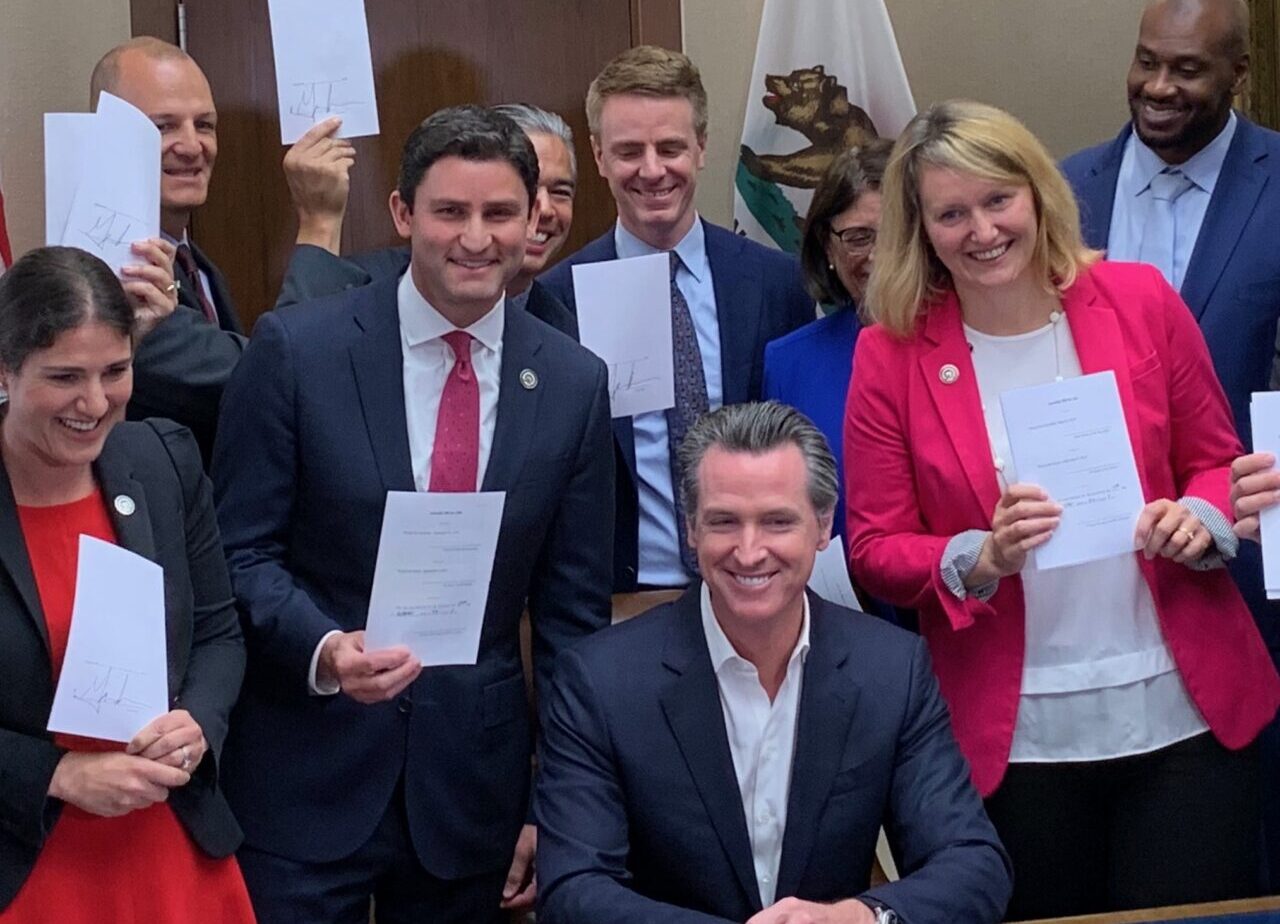