Humanities faculties at major universities throughout the United States regularly single out Israel and Zionism for the worst evils imaginable, depicting  the Palestinian people as perpetual victims.

The latest iteration of this false and hateful rhetoric comes in the wake of the recently concluded conflict initiated and escalated by the Hamas bombardment of Israeli communities.

Faculty statements blaming Israel for this conflict appeared on all University of California campuses but one, UC Merced.

At UC Davis, on May 16, five academic departments collaborated on a public statement that condemned Israel for “state-sanctioned violence” and “anti-Arab and anti-Muslim racism,” as well as repeating the old canards of “apartheid state,” “settler colonialism” and “systemic racism.”

As retired UC Davis faculty familiar with the issues, we find three basic problems with the statement issued by the UC Davis academic group.

The first and most immediate flaw is the false and incomplete interpretation of the recent conflict. It defies the facts to blame Israel for the human loss and suffering that occurred. It was Hamas — not Israel — that initiated and set the terms of the conflict.

As widely reported in the media, Hamas began to fire its rockets into Israel before that country’s military responded with air strikes. Ultimately, Hamas indiscriminately  shot off more than 4,000 rockets from Gaza, intending to kill as many Israelis as possible.

By contrast, the Israeli counterattack was measured, targeting military installations and trying to avoid civilian populations.

Protection of Gaza’s residents has certainly not been a priority for Hamas. Its rockets were stored, manufactured and fired from civilian areas, including schools and hospitals.

None of this is mentioned in the statement by the UC Davis academics, calling into question their objectivity and honesty.

The second problem inherent in the distorted and hateful statement from the UC Davis academics is its repetition of the old falsehoods that bypass the realities and history of the Israel-Palestinian relationship.

Missing is the factual record of Israel’s repeated efforts to achieve a peaceful two-state solution since the very beginning of its existence as a nation in 1948.

The Palestinians and their supporters around the world have never accepted the legitimacy of the Jewish state of Israel. A two-state solution was proposed several times starting in 1947 by the United Nations and most famously in 2000 by President Bill Clinton at Camp David. The Camp David proposal would have given the Palestinians a state in all of Gaza and 95 percent of the West Bank. All proposals have been turned down by the Palestinians.

It makes no difference to the protestors that Israel is a nation with uniquely positive qualities. It is the only true democracy in its region.  Arab citizens serve in the government and military. The country has a racially diverse population, an independent judiciary, freedom of expression and acceptance of gay rights.

Where can an LGBTQ individual live in peace — in Israel, with its gay rights parades, or in Gaza or the West Bank with their intolerant and repressive rule?

The third problem with the anti-Israel statement from UC Davis faculty is its expression of personal political views in the name and identity of the University of California — as indicated by the public endorsement of these views by campus departments.

Individual faculty members certainly have First Amendment rights to express their personal opinions. But it is an entirely different matter to have such views publicly endorsed by the state tax–supported departments they lead.

Indeed, state law (Education Code, Title 3) prohibits the use of a formal UC connection to issue such endorsements, with violators guilty of a misdemeanor. Thus, the faculty (chairs, committees, voting members?) responsible for the misappropriation of the university name can be subject to prosecution for this violation.

And, finally, why is Israel the only nation regularly singled out for condemnation by the intelligent UC Davis professors who are in thrall to the Palestinians?

Why is Zionism — the movement behind the creation and continuing existence of the Jewish state — the only ideology these same academics point to as a hateful belief? And why do these supposedly learned folks continue to focus their contempt on Israel, while ignoring the truly terrible cases of human rights abuses throughout the world — China’s treatment of its Muslim Uyghurs, Myanmar and its slaughter of Rohingyas, Turkey and the Kurds, Copts in Egypt, etc.? 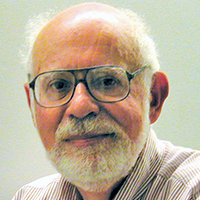 Al Sokolow is a professor emeritus of political science at UC Davis. 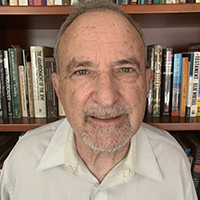 David Siegel is a professor emeritus of medicine at UC Davis