In March 2020, I was very excited to venture to Santa Rosa to try Grossman’s Noshery & Bar, the Bay Area’s newest Jewish-style deli. My hopes were dashed, however. The restaurant was open for one full day before having to shut down. Driving all that way for takeout just wouldn’t be the same.

Now, thanks to vaccinations and outdoor dining, the venture finally was able to happen. And it was worth the wait.

Grossman’s is the seventh restaurant belonging to the Sonoma County couple Mark and Terri Stark. Having their newest place shut down after one day is not even the most difficult thing they’ve weathered; they lost their first restaurant, Willi’s Wine Bar, in the Tubbs Fire in 2017 (though it’s since reopened in a new location).

The Starks met while working for the California Café Restaurant Group in Palo Alto, he as a chef and she as catering manager, and founded the Stark Reality Restaurant Group in 2004. With over 500 employees, they are one of the larger employers in Sonoma County, promoting many workers from dishwashers to chefs who stay with them for years. Their restaurants have often won awards and mentions on best-of lists, and they have offered health insurance to their full-time employees from the beginning, a rarity in the industry 20 years ago.

The idea for Grossman’s was “simmering” for a long time, said Mark. His wife is considered “the sandwich queen,” he said, and “this kind of concept was in the back of her head for a long time.” (Terri is the Jewish one in the pair, but on a Hawaii vacation three years ago Mark said his beach reading was “Encyclopedia of Jewish Food” by Gil Marks.)

Grossman’s Noshery & Bar — the name comes from Terri’s family — has a full bar, with cocktails such as “Weekend at Bubbie’s” (though whose Bubbie ever served them a tequila drink with passionfruit and habanero?) and “Celery Collins,” made with horseradish bitters and Dr. Brown’s Cel-Ray soda. It is open daily from 7 a.m. to 9 p.m., and has an ample patio outside.

In addition to the items one would expect to find at a Jewish deli — pastrami and corned beef, knishes, latkes, etc. — Israeli dishes on the menu include chicken schnitzel, sabich (an Iraqi eggplant sandwich) and falafel, along with an Ashkenazi dumpling section that includes chicken kreplach (with soy butter, scallions and gribenes), potato vareniki (with lemon brown butter and smoked trout roe) and veal & shitake pelmeni (with sour cream and dill). The dumpling section, which Stark recommends sampling with a shot of vodka, was inspired by a visit to the Russian restaurant Kachka in Portland.

The Starks did a lot of research before opening Grossman’s, traveling to New York, of course, as well as other destinations. They ate countless versions of possible menu items, including the black and white cookie. Theirs has a whiff of lemon. Traditional? Not at all.

“We always walked away going, ‘I don’t get it’ and ‘You all like to suffer,’” said Mark. “We decided, let’s just make it taste good.” That they did. Also worthy of mention are their rugelach and babka, both wonderful versions of the form. Their hamantaschen are uniquely their own, though very different from the traditional kind, with fillings like strawberry hibiscus and blackberry thyme.

It’s worth noting that the chef in the kitchen at Grossman’s, Matt Weinberger, is also Jewish, and is using some family recipes. The general manager is Jewish, too.

The lox and the pastrami — which is closer to the Montreal style of smoke meat — are both smoked in-house, and all the bread is baked on-site, too. In fact, the downtown place on Wilson Street that houses Grossman’s has such a big kitchen, the couple is able to use it to bake the breads for all of their restaurants.

They’re also are making their own bagels, which have a bit of Brooklyn water in them. Yes, it’s a gimmick; Stark knows it’s not the water that makes New York bagels so hard to replicate. But even so, they filled up a few plastic water bottles with New York water to bring back to the West Coast to create their sourdough starter.

While it would have been wonderful to try many more dishes on the menu, from the dumpling section especially, particularly enjoyable were the pastrami, the rugelach, the latkes and the knish. The knish is housed in what seems like puff pastry and stuffed with farmer cheese and caramelized onions.

“We’re trying to interpret Jewish cuisine with Sonoma products and a wine country mindset,” Mark said. “We’re not trying not to offend anybody.”

With a bit of humor, he said their philosophy was repeated “like a mantra” to the 70 people they trained last year before opening, and it went something like this:

“A lot of people will not agree with what we’re doing. They’re going to argue and be opinionated, but don’t take that as a negative, it’s just a conversation. We should be afraid when we’re not getting the conversation. If they’re engaging with us, that’s good, that means they like it.” 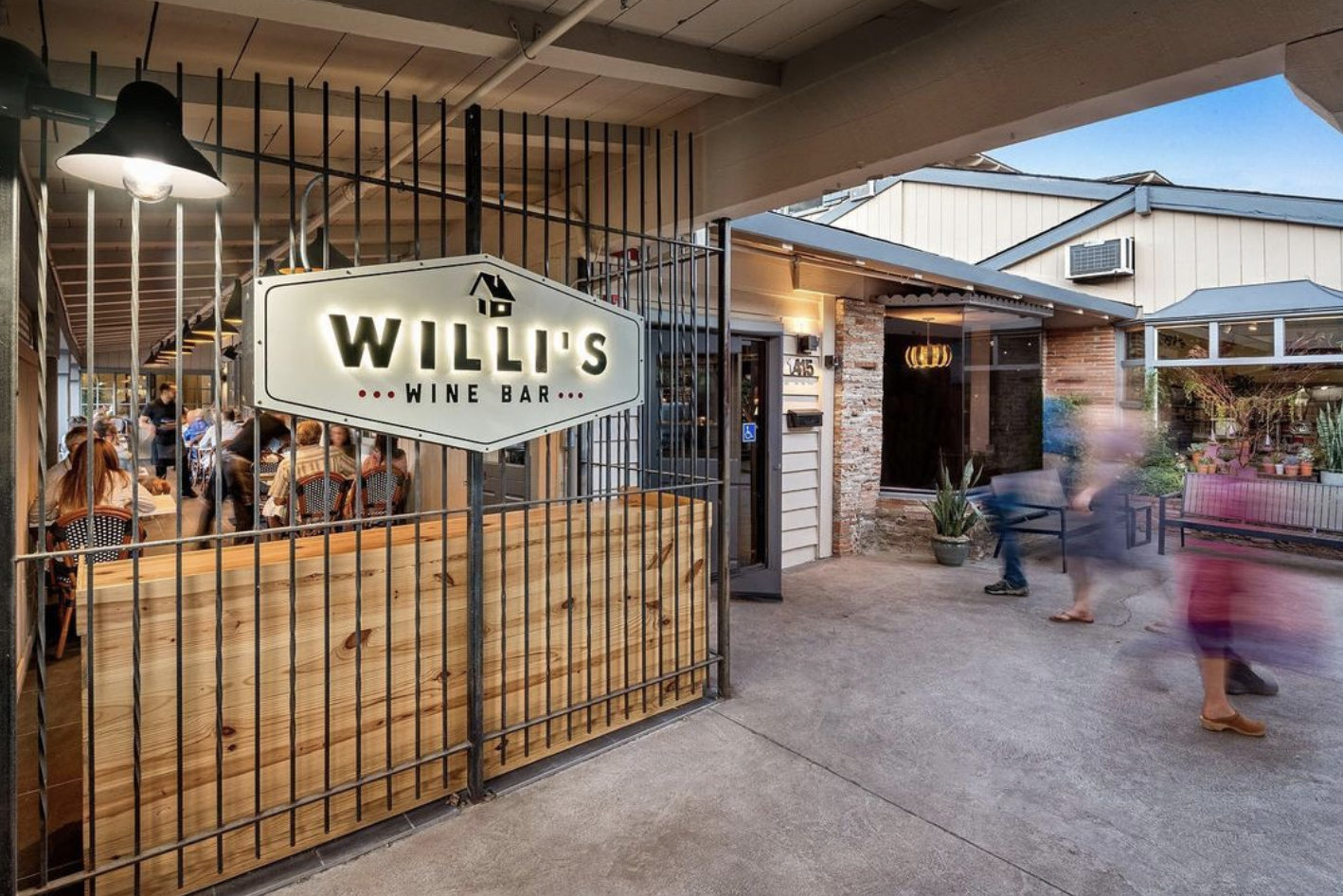 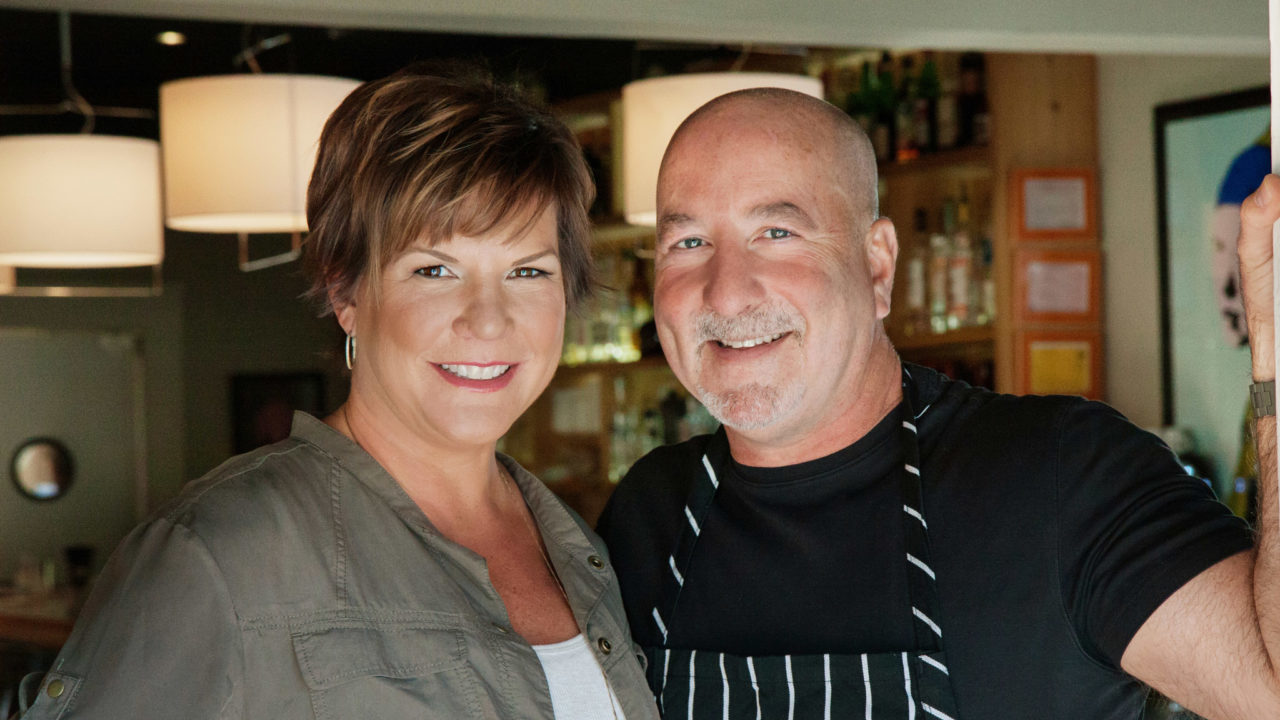