Some day in the (hopefully) not too distant future, when talk turns to how productive or unproductive we were during Covid, Beth Lee will be able to best many of us: She wrote a cookbook.

Not only that, but it’s her first. And it came together in a matter of months.

“The Essential Jewish Baking Cookbook: 50 Traditional Recipes for Every Occasion” was released earlier this month by Rockridge Press/Callisto Media.

Many of the recipes are suitable for Rosh Hashanah. One of them, Lee’s challah rolls with an apple filling, was developed for a Zoom cooking class she taught for her synagogue during the pandemic, as a way to share food when people couldn’t be together. Taiglach — balls of dough that are either baked or fried — are coated with a honey-ginger syrup. There’s both a Russian honey cake and an apple cake with candied ginger and cinnamon. There’s duvshaniot, an Israeli spiced honey cookie, and honey sesame candy, which would be perfect to give as gifts at Rosh Hashanah. For break-fast, there is an apple kugel and a blintz casserole.

Lee, 58, lives in San Jose, and is the creative force behind the food blog OMG! Yummy, which she started “on a whim” in 2010 with encouragement from her children. Lee, who  had long worked in high-tech marketing, realized she’d prefer to be writing about pita chips than computer chips, as she likes to say.

As her blog gained a steady following, she got an additional 15 minutes of fame when she was featured in a 2013 New York Times article about the popularity of “Jerusalem” by Yotam Ottolenghi and Sami Tamimi, for co-founding a Facebook group called Tasting Jerusalem devoted to the cookbook.

Lee’s husband is Korean American, and she’s made a point to learn recipes from his family as well.

“In the family I have created, it really matters to me that I carry on the Jewish traditions as well as learn the food traditions from his side,” she said.

While Lee said writing a cookbook has long been a goal of hers, the way this one unfolded was completely unexpected. The publishing industry does not operate in the same way it used to, and within this new model, sometimes publishers decide what subjects they’d like to have in their catalog and then they hire the writer. In this case, that writer happened to be her.

“It just felt like the right book for me,” Lee said in an interview. “It came full circle because I thought about my grandma so much in the early days of my blog, and felt this was a chance for me to put down on paper what she and her recipes meant for me.”

Lee’s maternal grandmother, Annie Reich, who lived in Brooklyn and had emigrated from Poland, was known in the family for her baking, she said, and as a child Lee was an eager taster.

In an early blog post on OMG! Yummy, she wrote about the fact that none of her grandmother’s children carried the baking gene forward.

The cookbook required Lee to do a deep dive into the world of Jewish baking, researching familiar recipes alongside others that were completely foreign to her.

“I learned so much about my own tradition but also other traditions, too,” she said. “This book will hopefully be something that will help people carry on Jewish food traditions, and that means more to me than I knew it would.”

Lee said that she especially appreciated the project as the pandemic wore on.

“I was talking to people about recipes that I wouldn’t have talked to,” she said. It also meant an almost total carb diet for her family, she joked, though her neighbors also benefited, as she would often text them when there was something new to taste, and they’d come try it outside from a social distance.

“It gave us a reason to socialize when it was otherwise easy not to,” she said.

While creating the cookbook, Lee aimed for a good balance between sweet and savory — there are recipes for rye bread and bourekas in addition to pastries and cakes, as well as Sephardi and Mizrahi dishes in the mix (both Yemenite breads, malawach and lakuch, are included). “I tried really hard to stick to what’s ‘essential,’ but not everyone agrees on that,” she said.

What was important to her was that the recipes be approachable, with ingredients that can be found in any grocery store. An ambitious cook can hunt down rosewater at a Middle Eastern market, she said, but the recipe that calls for it can be made without.

While the classics and the trends are included (babka, bagels, rugelach), Lee said some of the recipes were new to her, such as the aforementioned Yemenite breads, and one for Biscochos de Benveniste, a Sephardic cookie that’s barely sweet.

Challah rolls filled with apples and currants are the ideal sweet baked good for Rosh Hashanah, the Jewish New Year. I originally developed this recipe for a High Holidays cooking class, but these little gems are perfect all year round. Ready faster than a traditional challah recipe, these rolls are also versatile: Leave the filling out, make one loaf instead of individual rolls, or double the recipe and freeze some for another day. Makes 8 rolls

Mix: In the bowl of a stand mixer, whisk together the yeast, flour, and sugar. Add the warm water, egg, oil, and salt.

Knead: Using the stand mixer fitted with the dough hook attachment, knead on medium-low speed for 3 to 4 minutes, making sure the dough is thoroughly combined and scraping down the sides as necessary. Once kneaded, the dough should be smooth and pulling away from the sides of the bowl. If the dough is overly sticky, add flour, 1 tablespoon at a time, as necessary.

First rise: Remove the dough from the bowl, form it into a round, and place it on a sheet of parchment paper. Use your finger to poke a 1-inch hole through the center of the dough. Cover the dough loosely with a kitchen towel and let rest for 30 minutes.

Make filling: While the dough is resting, in a medium bowl, combine the chopped apple, lemon juice, currants, cinnamon, and sugar. Set aside.

Fill and shape: Divide the dough into 8 equal pieces. Flatten a piece into a roughly 6-by-4-inch rectangle and spread a heaping tablespoon of filling down the center. Close the dough up around the filling and gently roll it out with your hands to a roughly 9-inch rope. Loosely coil the rope, tuck the end under, and pinch to seal. Repeat with the remaining pieces of dough to create 8 rolls. Place on the prepared baking sheet.

Second rise: Loosely cover the challah rolls with a kitchen towel, set in a warm location, and let rise for about 30 minutes, or until the dough slowly springs back when poked with your finger.

Egg wash: Whisk together the egg and water. Use a pastry brush to coat each roll with the egg wash, getting into all the nooks and crannies.

Bake: Bake the rolls for 5 minutes at 375°F, then lower the heat to 350°F and cook for about 22 minutes longer. Transfer to a wire rack and cool at least 30 minutes before serving.

Variation Tip: Use different fillings to make savory rolls or change up the sweet filling by using a different dried fruit. Alternatively, skip the stuffing and top with sesame or poppy seeds instead. To make one large loaf, braid the filled ropes as a loaf and bake for 5 to 10 additional minutes.

Excerpt from “The Essential Jewish Baking Cookbook” by Beth A. Lee, published by Rockridge Press. Copyright © 2021 by Callisto Media, Inc. All rights reserved. 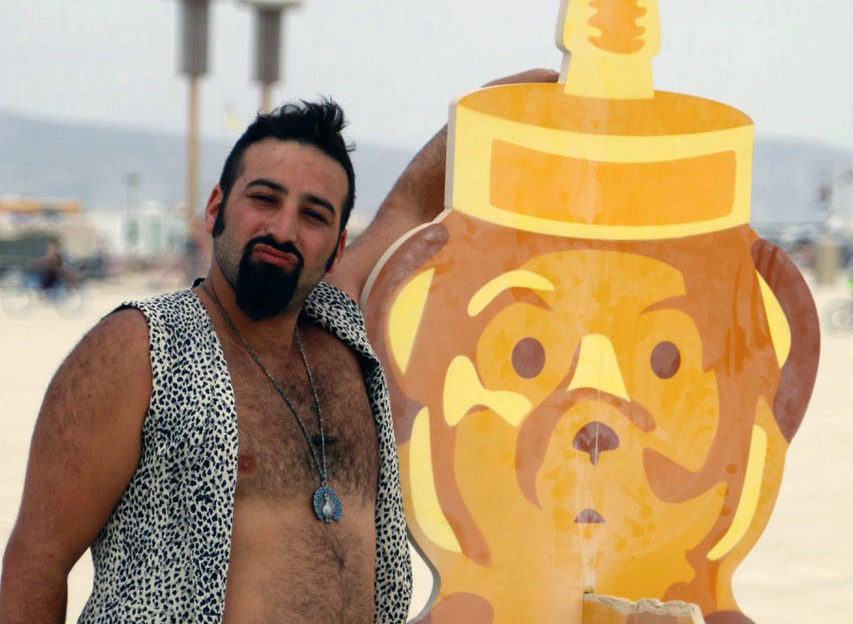