The release of former President Donald Trump’s explosive interviews with Israeli journalist Barak Ravid and Israeli Prime Minister Naftali Bennett’s visit to the United Arab Emirates should comprise a wake-up call to American Jews: both Trump’s stalwart admirers and implacable foes are getting the story wrong.

Trump’s achievements in the Middle East are far greater than the left will ever admit, and his behavior in and out of office is far worse than the right will ever acknowledge. More Jewish liberals need to celebrate what Trump accomplished internationally, and more Jewish conservatives need to distance themselves from what he says as he does so.

Bennett’s official state visit to the United Arab Emirates does not constitute mere symbolism: it was an astonishing development. To those who grew up with only the tenuous peace Jordan and Egypt maintained with Israel, the warmth is most welcome. The images of a kippah-clad Bennett inspecting Emirati honor guards feel photoshopped, but they weren’t.

Arab states increasingly embracing Israel is the new reality, and Trump’s Abraham Accords deserve the credit. The Accords have succeeded beyond anyone’s wildest expectations, with flights, commerce and people skipping from Tel Aviv and Jerusalem throughout the Arab world. The UAE expects to do $1 trillion in trade with Israel by 2031, and before the latest lockdown, one airline alone was planning 123 flights between Tel Aviv and Dubai.

At Mar-a-Lago, and on the record, the former President said “Fuck him” in reference to former Israeli Prime Minister Benjamin “Bibi” Netanyahu’s congratulating Biden on his electoral victory. The Big Lie of a stolen election was not just a domestic matter: it was something on which Trump sought deference from foreign leaders as well as his own domestic allies. Trump also expressed skepticism that Israelis were serious about peace at all — and seemed paranoid that Israeli officials were instead manipulating him for their own ends.

Trump’s claim that “if not for me, Israel would be destroyed by now,” should offend Zionist sensibilities to the core. No longer is Jewish survival a matter to be decided by presidents and premiers abroad, nor do Israeli politicians need to grovel at their feet.

The juxtaposition of the Ravid interview and the state visit highlights that both Trump’s supporters and his detractors continue to misread the former president’s impact on the Middle East.

For those on the right, Trump’s interview should undercut his reputation as a bosom buddy of Netanyahu and a warrior for the Jewish people. His obscenity-laced tirade is an indication that there are no ends in Trump world, only means. Those who criticized former President Barack Obama for his role in a failed relationship with Bibi should reckon with evidence of a far nastier breach.

But those on the left have soul searching to do as well. Bennett’s successful visit to the UAE is just the latest confirmation that the Abraham Accords have been an astounding success, generating not only cold civility but the real warmth of peace. Claims that moving the U.S. Embassy to Jerusalem would hinder peace have proved to be almost eerily wrong: in fact, the move did not preclude a spate of agreements with the UAE, Bahrain, Sudan, Morocco and Oman that have reset Israel’s place in the world.

During his visit, Bennett met with Sheikh Mohammed bin Zayed al Nahyan, the Emirati Crown Prince, for four hours in the latter’s private palace, where they discussed both Iran and ties between their two countries. These tangible results dwarf the fruitless “peace” negotiations that marked the Obama years, and are what happens on the far side of real peace agreements.

The inability to see Trump clearly — both from his left and his right — is a symptom of a broader selective blindness in our culture. When seeing everything through the lens of tribe and identity politics, too many people don’t see anything clearly at all.

Trump’s enemies can’t stop excommunicating everyone who voted for him long enough to notice that Democrats are hemorrhaging Asian and Hispanic voters at alarming rates, or that their cultural commitments like “defund the police” have become electoral poison. The left obsesses too much over Trump possibly ending democracy, and not enough that he might win in a landslide in 2024 if Biden continues to flounder.

The right is also in danger of failing to see what is in front of its eyes as well. Biden’s struggles do not constitute a case for Trump, and the party’s continued fealty to the 45th President does not help but hurts them, both morally and strategically. Just as Americans chose Trump in 2016, so too they chose Biden in 2020 because they wanted to turn the page. Taking that hint is the smart move if Republicans want to win back the White House in 2024 rather than relitigate 2020.

In a time of hardening political binaries, Jews should remain stubborn free agents and swing voters. We are not obligated to show political allegiance to a particular party, but should take help from everywhere and bigotry from nowhere. You can celebrate the Abraham Accords without being a die-hard Trumper, and you can criticize the former president without “switching teams.” Our loyalty is to Jewish history, not the vagaries of a career in the limelight.

Our politics often forces us to take sides, a binary choice that is the product of a two-party system and a hyperpolarized moment. But as an individual voter, inconsistency can be an indicator of savvy and strength, of seeing the importance of both the zig and the zag.

Israel doesn’t need Donald Trump to save it, and American Jews don’t need to be shock troops of the right or left. There is another way, if we are willing to go our own way. The better we see the whole picture, the brighter our horizon will look.

Ari Hoffman is a contributing columnist for the Forward, where he writes about politics and culture. He is an adjunct assistant professor at New York University, and has a doctorate in English Literature from Harvard and a law degree from Stanford. 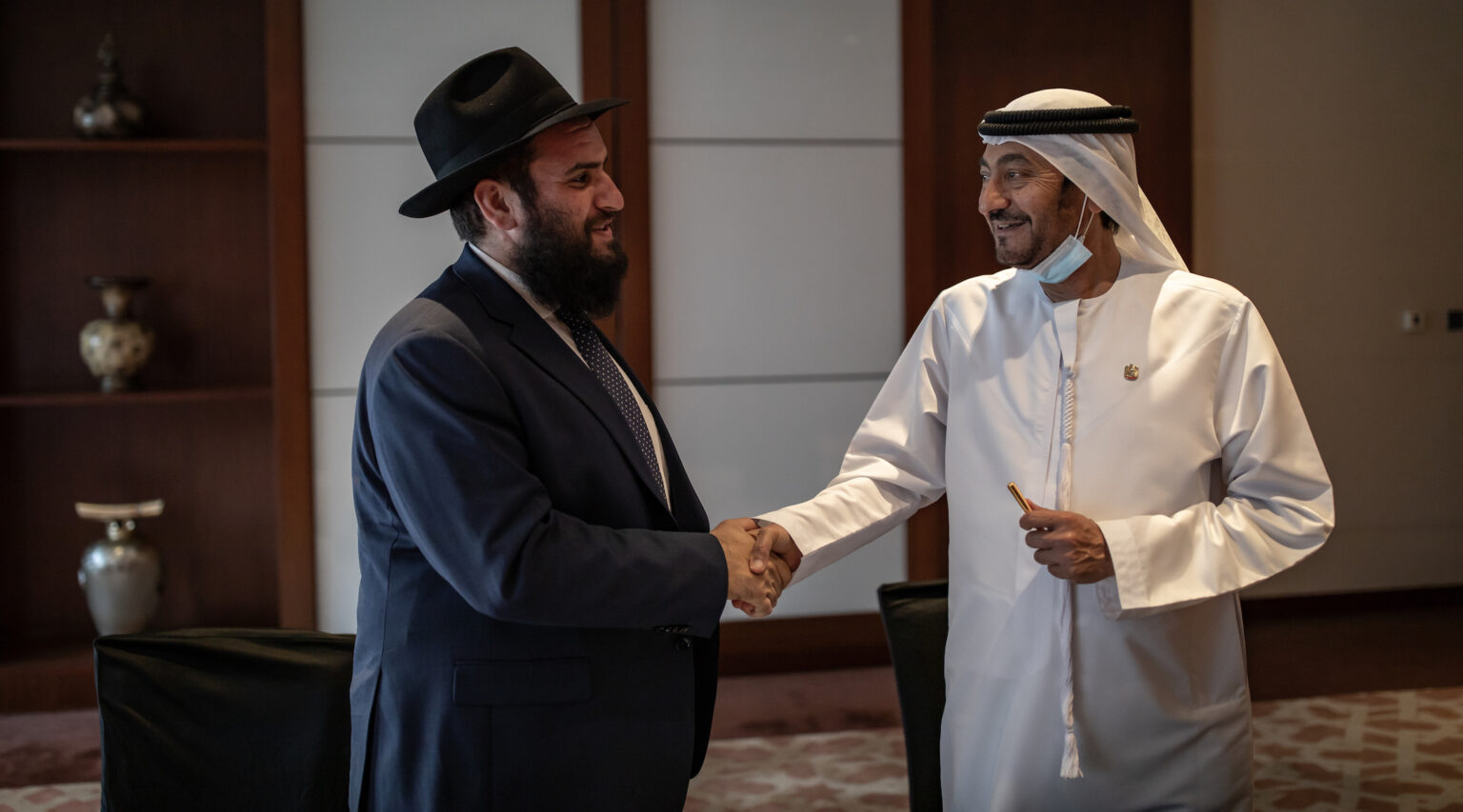