‘It was all my kids wanted to talk about’: How Bay Area Jewish schools handled Uvalde tragedy

On typical school days, Jamie Zimmer’s biggest concern is whether the snacks her students bring from home are certified kosher. During the week of the horrific mass shooting at a Texas elementary school, there were no typical days.

Zimmer is an English and Israel studies teacher at Yavneh Day School, a K-8 school in Los Gatos. She noticed students expressing a range of reactions to the news, including fear, sadness and curiosity about how such a crime could happen.

She decided to make it a teachable moment.

Zimmer’s lesson plan, which included an eight-slide PowerPoint presentation, was one example of how teachers and administrators at Bay Area Jewish schools have helped students grapple with the May 24 tragedy in Uvalde, Texas, in which 19 elementary schoolchildren and two teachers were killed.

Giving students a task, such as writing to an elected official, serves a greater purpose, according to Zimmer, 39, who has three young children of her own. In the face of a horror like Uvalde, she maintains students need to feel a sense of agency.

“You can’t have this discussion with 11-year-olds without there being tangible action for them,” Zimmer added. “Otherwise it stays theoretical. If they feel their voices are heard, they’re much more likely to engage. There’s some sense of disempowerment in that age, so when we give students opportunities to engage and enact, it’s a powerful experience.”

Rabbi Joshua Buchin, 38, serves as co-dean of students at Jewish Community High School of the Bay in San Francisco. He also teaches Jewish studies, including the elective “Jews in Modern Media.” It was this class, made up of sophomores and juniors, that became a forum for discussion of the Texas shooting.

“It was all my kids wanted to talk about,” Buchin said. “Before I even got there, they were animatedly discussing their reactions and the need for gun control. We spent the whole class processing it. Everyone shared; everyone listened. I heard a lot of anger that shootings like this keep happening, that there isn’t more legislation.”

The rabbi said at first he wanted students to focus more on their emotions, and to make sure they were OK. But they had other ideas.

“The kids wanted to make it political,” he said. “We’re a progressive school in San Francisco, and though there are plenty of kids in the school who are more conservative, the kids in that room had no problem making it political.”

Together, Buchin’s students watched the now-viral video clip of Golden State Warriors coach Steve Kerr on the day of the massacre making an impassioned, angry plea for congressional action on gun safety. The rabbi tried to help students understand the shooting through the lens of Jewish values.

“We spoke about the sacredness of life,” he added. “Jewish tradition puts a pretty big emphasis on preserving life. This is a moment we are collectively failing to do so in a really horrible way.”

Zimmer likewise wanted to share a Jewish perspective on the incident. In addition to the full text of the Second Amendment, her PowerPoint presentation included Torah passages, such as Deuteronomy 16:20, “Justice, justice shall you pursue.” It also included a tweet from Rabbi Mark Asher Goodman of Pittsburgh, who wrote: “In Judaism, if you say a prayer over something, then fail to do the requisite action that follows, it’s a bracha levatla — which is a sinful act. If you pray for victims of gun violence, yet do nothing, it is a sinful act.”

Zimmer opened up the topic for discussion, yet she sought to keep politics out of it, especially her own political views. One of her goals was to contextualize the meaning of the Second Amendment, which guarantees the right to bear arms.

“When was this written and why?” she asked. “The purpose behind it is at the core of understanding. I’m not going to have the gun debate [in class], but what we do need to start talking about is the mental health crisis. That’s not politics.”

Having grown up in Australia, Zimmer remembers the April 1996 mass shooting in Port Arthur, Tasmania, in which 35 people were murdered by a lone gunman. In its wake, Australia passed strict gun legislation and instituted a national gun buyback program. The country has suffered only one mass shooting in the years since, and overall firearm deaths have declined by nearly half, according to the Australian Bureau of Statistics.

Though most of the victims at Uvalde’s Robb Elementary School were children in a classroom, teachers and administrators at Bay Area Jewish day schools report that their students feel safe on campus.

Gideon Hausner Jewish Day School in Palo Alto, for example, is a hardened facility typical of local Jewish schools. The campus is gated, guards are posted at both entryways, closed-circuit cameras hang everywhere and no one may enter the campus without permission.

We’re a progressive school in San Francisco, and the kids in that room had no problem making it political.

Hausner was one of several schools to receive funding from the state’s Nonprofit Security Grant Program, which gives eligible institutions up to $200,000 for measures to defend against violent attacks and antisemitic hate crimes. The $193,000 grant is funding an upgrade to the school’s perimeter cameras, windows and other security needs. JCHS similarly benefited from the program with a $168,000 grant and will make security upgrades on campus this summer, including a new camera system and improved lighting.

South Peninsula Hebrew Day School received $165,000 in the latest round of grants and planned to put up an “8-foot-tall iron fence” and “motorized driving gates.” Other Bay Area schools funded include Oakland Hebrew Day School and Kehillah Jewish High School in Palo Alto.

A secure campus facility is one thing. Making sure students of all ages feel safe is another. The National Association of School Psychologists has published guidelines for school administrators to help them respond to school violence. Among the suggestions: review all school safety policies and procedures, formulate plans with community partners such as local police and hospitals and provide crisis training for staff.

As director of student support at Hausner, licensed professional clinical counselor Shiry Zamir has helped students and staff cope in the aftermath of Uvalde. Some of what the Israeli-born counselor heard from kids disturbed her, but not for the obvious reasons.

“The students were able to talk about [the shooting],” she said, “expressing worry. It’s like they’re used to it. There’s a numbness, it wasn’t generating the same reaction you would have thought. It’s like their resources for empathy and sadness are being affected.”

At the same time, she reported student bewilderment over the crime.

“Of course they were saying this is awful,” she added. “Children mostly had questions like, ‘How can this happen, how can someone shoot children?’ They asked me questions I don’t have answers for. We talked about mental illness; some were more interested in talking about guns and the Second Amendment. Many students talked about how hypocritical this country can be, with talk about recycling and taking care of the earth and not taking care of guns.”

These were Hausner kids of middle-school age. With younger children in kindergarten and the early primary school years, Zamir thought it best to not even bring up the subject unless the kids did so first.

It was different for the highly aware high schoolers at Meira Academy, a small Orthodox girls school based at the Taube Koret Campus for Jewish Life in Palo Alto. Rabbi Joey Felsen is a board member of Meira and a teacher of Judaica.

Felsen said his students keep well-informed about current events and understand the societal implications of America’s mass shooting epidemic. In his class on Jewish thought, his students opened up on the subject.

“This hit home,” Felsen said, “but for the girls, there’s always a sense that the world can be a crazy place and there are a lot of evil people out there. Unfortunately it’s not like it was a total shock to everyone. Also part of the conversation was how lucky they feel to be on a campus that is guarded, and in a community like Palo Alto, where there is a sense of safety. Our school happens to be in the JCC. There are a lot of layers of protection.”

In processing Uvalde, Felsen’s students focused more on the human dimensions than on the issue of gun safety. He attributes that to the Orthodox school’s pervasive Jewish ethos.

Even in hallway conversations he overheard, students cited the Pirkei Avot, Proverbs and other sacred Jewish texts to make sense of the tragedy.

“They have a framework,” he said. “The girls understand when things like this happen, you have to stop and process. When it comes to mourning, we have a ritual for that: to stop and walk out of life and make sure you’re properly processing.”

Zimmer may have kept politics out of her classroom, but she has strong feelings about one proposed solution to school shootings: arming teachers. “I’m not going to carry a gun,” she said. “I can’t think of a worse idea.”

Instead of having teachers packing heat, Yavneh has a security guard, and each child is greeted at their drop-off point by staff. The school, like nearly all schools across the country, has conducted active shooter drills.

JCHS, too, is a very secure campus, gated all around, with multiple checkpoints for entry, and security cameras girding the facility. Students have participated in active shooter drills. Rabbi Buchin is glad for the protection, but calls the extensive precautions “a sad reflection of the times. The kids are sadly growing up in a world where this is normal.”

With the school year now ending, students graduating and summer plans beckoning, the horror of Uvalde will likely start to fade for students. But for the adults responsible for their education, anxiety over this societal cancer will not go away anytime soon. School psychologist Zamir believes she has a suggestion to counter those feelings.

School shootings are “something very hard to understand and make sense of,” she said. “What I offer is, at times like that, when it seems so many monstrous things happen, so much despair, we must stop and think about the good things happening in our world. Let’s think about school, the community and the many good things going on. The world is not always the safest place, but there are a lot of good people who want to support and help.” 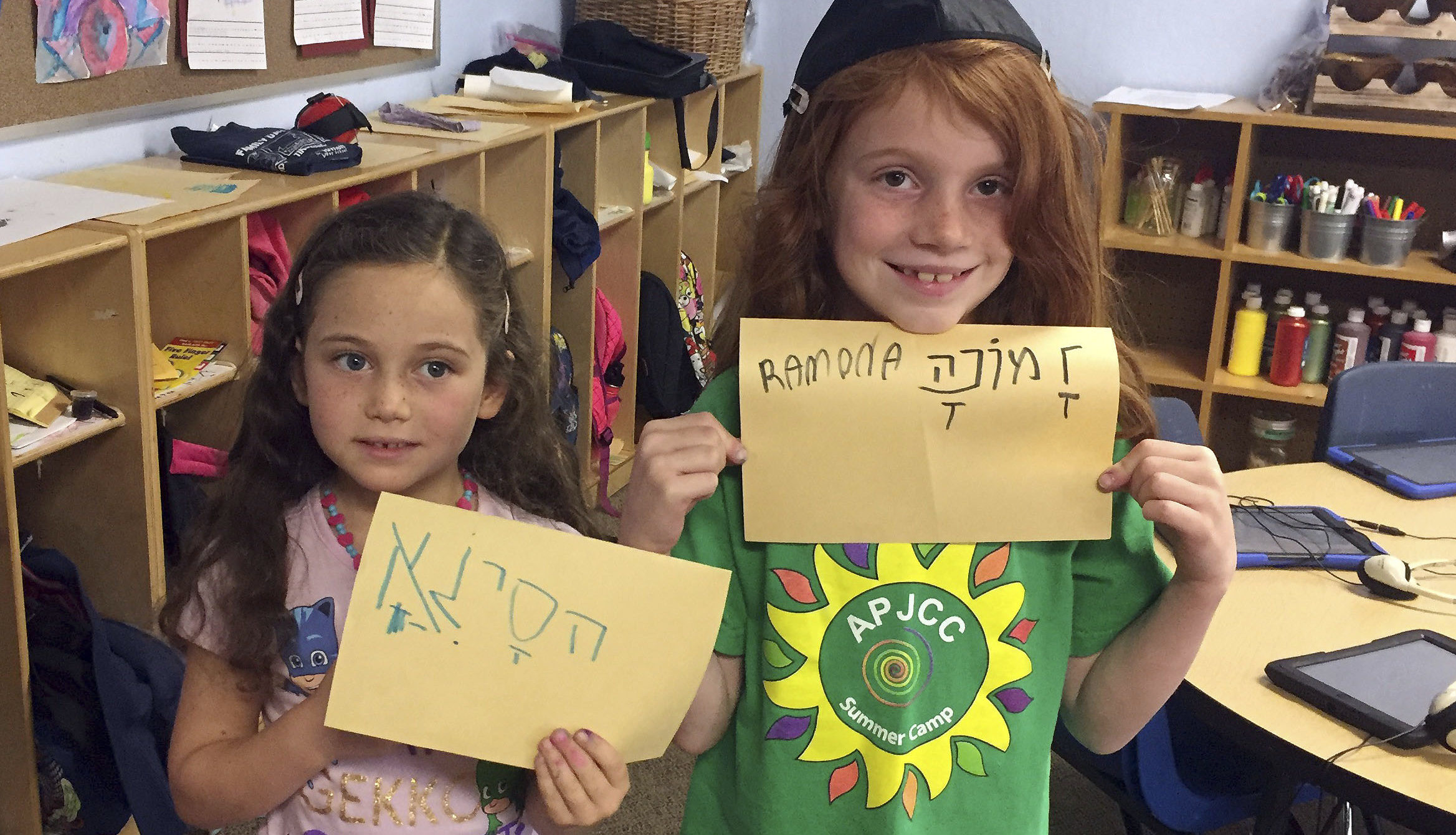