So far this year, Congregation Beth Sholom has marked its 100th anniversary with a centennial gala, historical talks and intergenerational reunions. Now another way to celebrate is here. You can’t attend this one, but you can nail it to the doorpost of your house.

The mezuzahs feature two textured blocks — one rectangular, one a half-circle — that are the prominent shapes of Beth Sholom’s building, which was completed in 2008 and designed by Stanley Saitowitz of Natoma Architects. Nestled between them is a small shin, the Hebrew letter that traditionally adorns mezuzahs. The pieces are available in sterling silver, bronze or pewter.

“Utilizing the architectural form, texture and symbolism, this piece will forever be a part of the congregation’s long history,” Golant told J. in an email. “It was a challenging design to hand make in my San Francisco studio — but well worth the many hours that went into the master original.”

Golant is a sixth-generation metal artist who has made mezuzahs, Torah crowns, jewelry and other items, and she also has worked as a Jewish educator. Her work is a fixture in local synagogue gift shops and Judaica stores.

Officially, 2021 was Beth Sholom’s centennial year, but celebrations were delayed until this year. The gala was held May 14.

The first commemorative mezuzahs were given as gifts to Beth Sholom donors, but now they’re available to all through Golant’s website. They range in price from $180 to $1,400, depending on the material and type of scroll inside. Through Nov. 28, half of the proceeds will go to Beth Sholom. 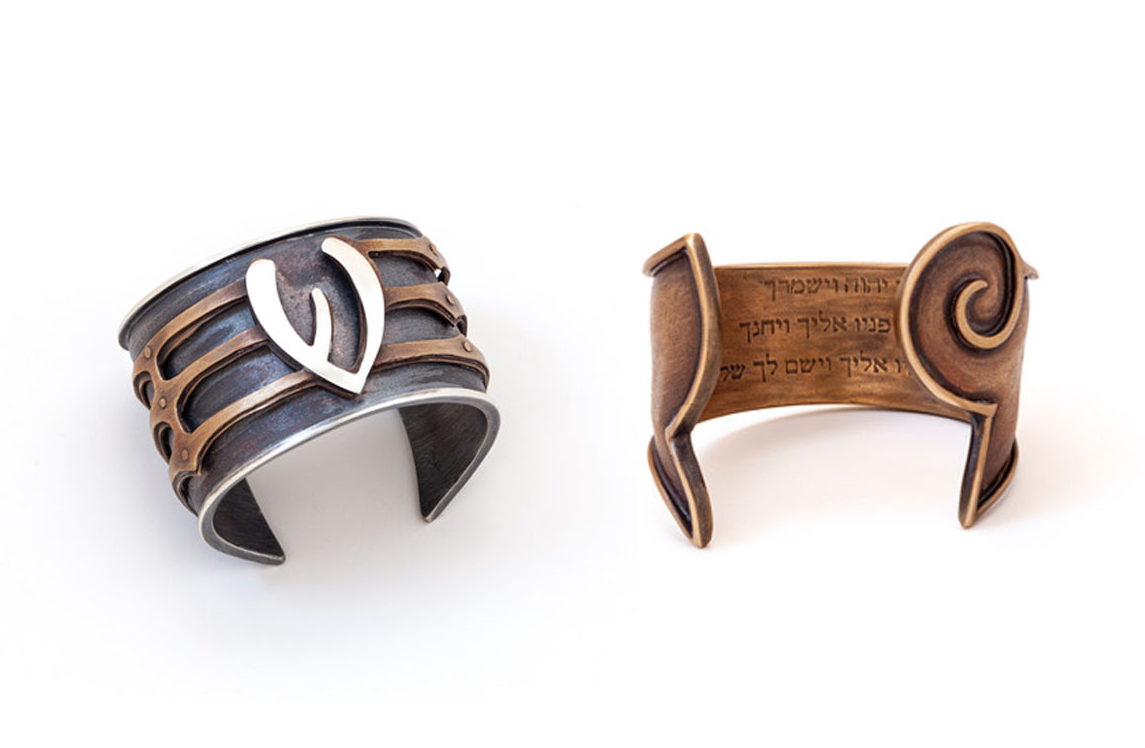