Dayenu, a national environmental-action Jewish organization, has been working with volunteers in Northern California and around the country to make calls via phone bank in the run-up to the Nov. 8 midterm elections.

The idea is to encourage voters who care about the environment to make voting a priority and not sit out the midterms.

“The Torah commands us to do this kind of thing. To try to create justice in the world. And climate justice is one of the big ones,” said volunteer Dan Gerson of Pacifica.

Dayenu is calling the “get out the vote” effort “Chutzpah 2022.”

“We need leaders who have the chutzpah, who have the audacity, to take the kind of bold actions that science and justice demand,” said Dayenu’s founder, Rabbi Jennie Rosenn, at the campaign’s kickoff event.

Volunteers have been calling voters identified as likely to care about the environment, but not the kind of involved and politically active citizens who will definitely vote in an election. Several more phone bank evenings are scheduled through Election Day.

Of a total of around 600 volunteers nationwide, over 100 were from Northern California, according to Dayenu. Seven local grassroots Dayenu groups organized shifts, including those affiliated with San Francisco’s Or Shalom Community and the Kitchen, San Rafael’s Congregation Rodef Sholom, UC Berkeley Hillel, Congregation Beth Am in Los Altos Hills, Jewish Silicon Valley and Congregation Shir Ami in Castro Valley. The California branch of the Religious Action Center of Reform Judaism and Jewish Youth for Community Action, which is headquartered in Piedmont, also organized shifts.

Nathaniel Stinnett, founder of the Environmental Voter Project, a nonprofit partnering with Dayenu on the project, said it’s not about convincing people that the climate is important, but about making sure they show it.

The phone bank enables volunteers from anywhere in the U.S. to reach voters in Georgia, Arizona, New Hampshire and Pennsylvania, all identified as states where candidates supporting environmental action need turnout.

On paper, the effort is nonpartisan, in that volunteers aren’t encouraging support for a particular candidate but rather encouraging environmentalists to vote. However, according to the Pew Research 2020 report, while support for climate change legislation is bipartisan, it is stronger among Democrats.

According to the Environmental Voter Project, data shows that even in a time of high gas prices and inflation, “voters are still likely to back climate-first candidates and that motivating environmentalists to vote could impact four major swing states.”

Dayenu has conducted multiple actions in the Bay Area, from protests outside the San Francisco offices of BlackRock, a global investment and financial management firm with large oil and gas investments, to interfaith demands in San Jose for climate action. They’ve also set up grassroots lobbying circles to push for climate-change legislation in Sacramento. 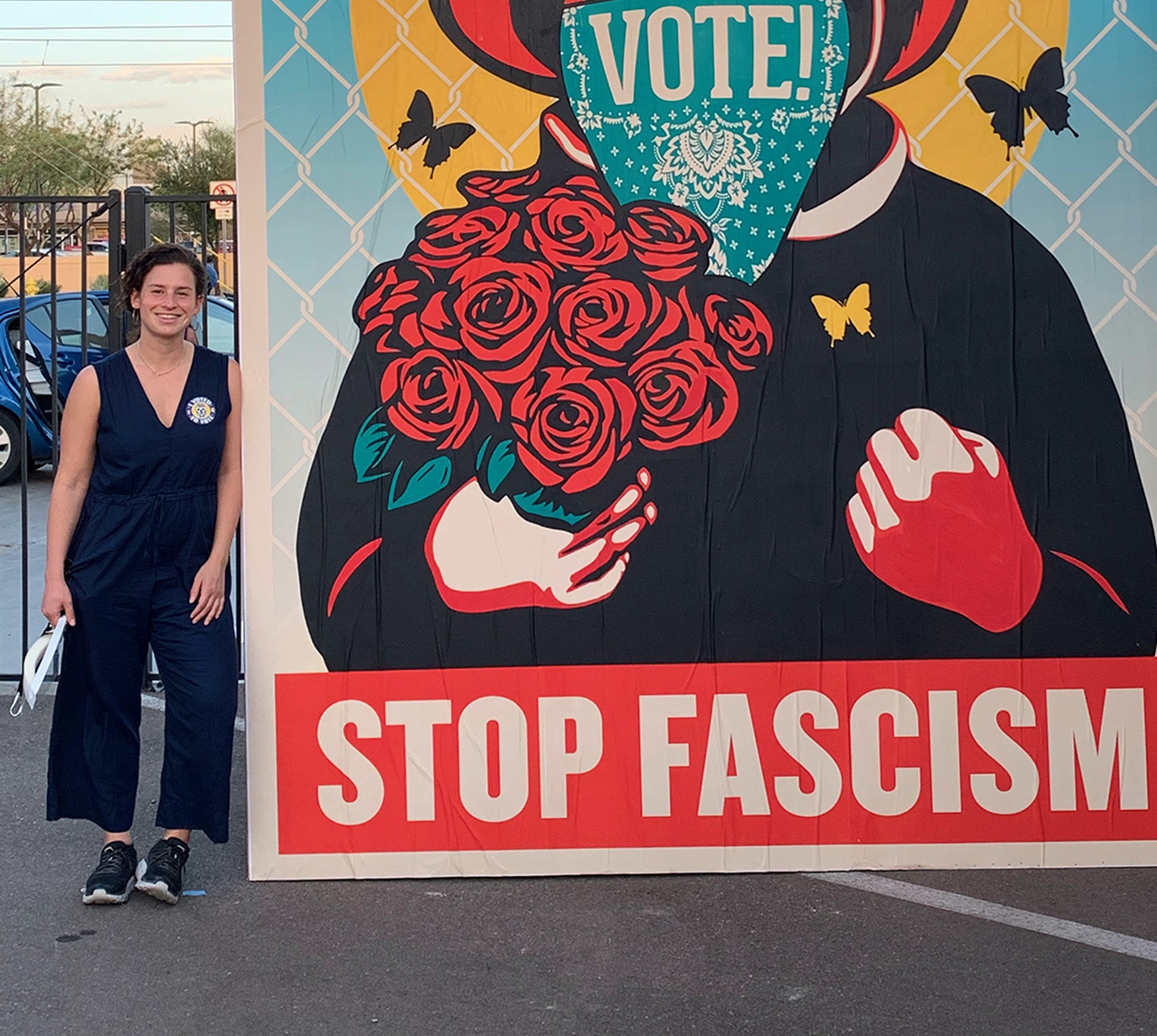