A mobile billboard truck parked outside the Berkeley School of Law on Wednesday flashed the names of several students, calling them antisemites for their vote to ban speakers with Zionist views from several student affinity groups. The campaign was the work of Accuracy in Media, the same conservative nonprofit that on Oct. 13 drove its truck around campus showing an image of Hitler with an arm raised to oppose what it calls Berkeley Law’s “ban on Jews.”

The large LED billboards displayed the students’ graduation year and law school affinity group, under the words “Berkeley Law’s Antisemite Class.” In the background of a video posted by Accuracy in Media on twitter, an audio clip repeated the word “shame” punctuated by the sound of a ringing bell. (The audio appears to have been pulled from a “Game of Thrones” episode in which a female character is forced to walk naked through a crowd as punishment for adultery and incest.)

The groups named are among the nine student organizations at Berkeley Law that adopted a pro-BDS bylaw that sparked controversy and national media attention after it was first reported in August. Since then, five more groups have adopted the bylaw, according to Jewish Currents.

“Whatever the disagreement on issues, to put students’ names on the side of the truck was despicable,” Chemerinsky told J. on Thursday.

Many Jewish students found the truck’s naming of their fellow students “reprehensible,” Rabbi Adam Naftalin-Kelman, Berkeley Hillel’s executive director, wrote in an email. Berkeley Law where the truck was parked is across the street from the Hillel. “It is antithetical to building community at Cal, and all the Jewish students I’ve spoken to feel similarly.”

Accuracy in Media says the displays are part of its campaign to “stand against antisemitism,” specifically in regard to the bylaws. The organization also set up a website, BerkeleyBansJews, where visitors can sign and send a prewritten email to the student affinity groups, Chemerinsky and several Berkeley Law professors. The email begins, “History will show that Berkeley students advocated genocide upon the Jewish people.”

Based in Washington, D.C., Accuracy in Media uses “citizen activism and investigative journalism to expose media bias, corruption, and public policy failings,” according to the website. The site features articles opposing the teaching of critical race theory in schools and accusing Vice magazine of intentionally misrepresenting the Republican Party in an October piece.

Accuracy in Media is headed by Adam Guillette, who previously was vice president of Project Veritas, a far-right activist group that recently was sued for its attempts to run a hidden-camera sting operation on a consulting firm that worked with Hillary Clinton in the 2016 election. In September, Project Veritas was found guilty of fraudulent misrepresentation.

“The growing anti-semitic climate on America’s universities is exceptionally disturbing, and it’s time we stood up to these hateful bullies,” Guillette wrote to J. last month after the Hitler ad appeared.

Several Muslim students and students of color at Berkeley Law have received threatening messages, Chemerinsky said, both before and after the Accuracy in Media truck appeared on campus.

Berkeley will be increasing security in the law school and advising its students on online safety, according to Chemerinsky.

“We’re exploring whether there’s any action that can be taken against the Accuracy in Media for the truck,” he said. 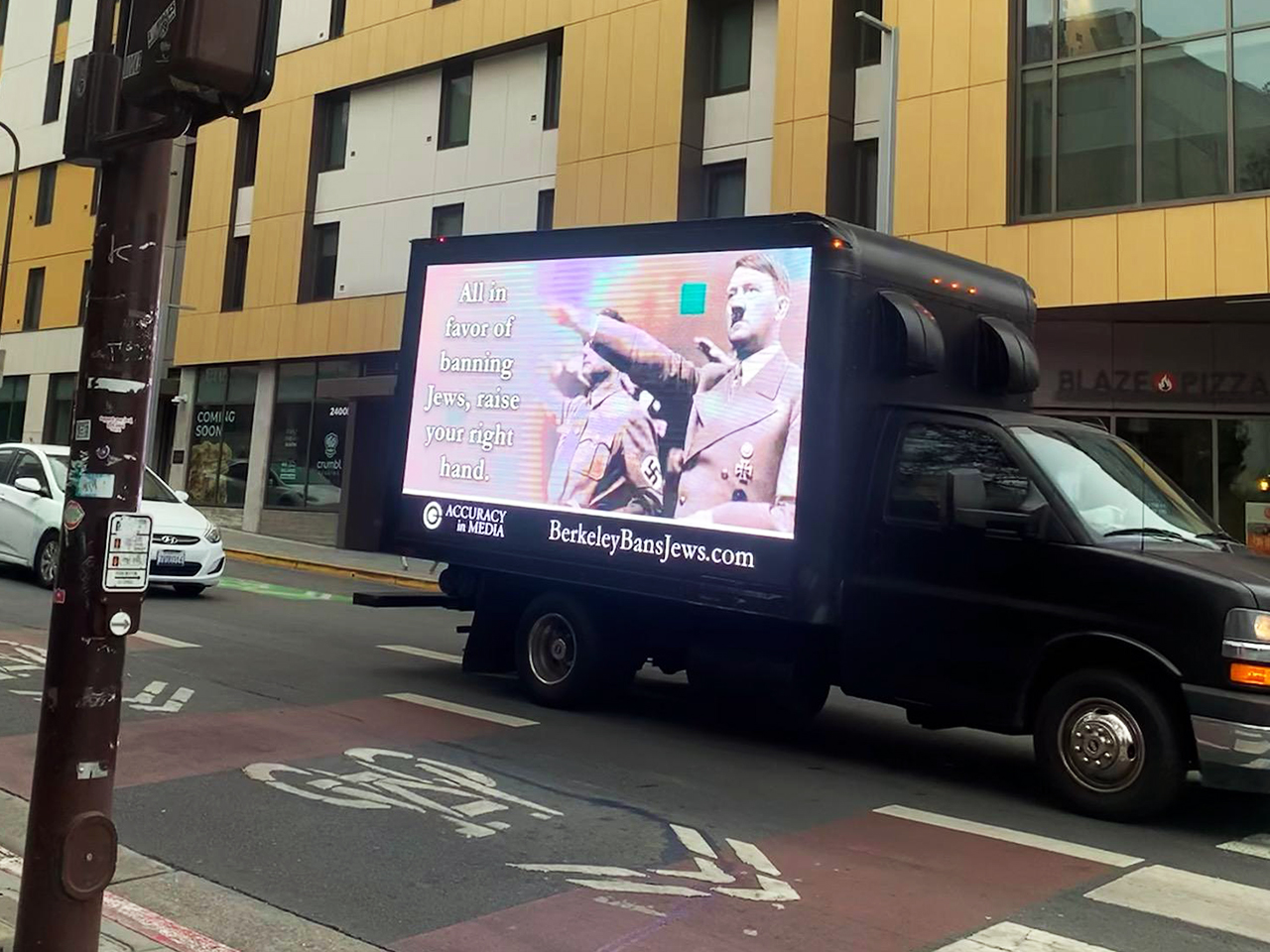 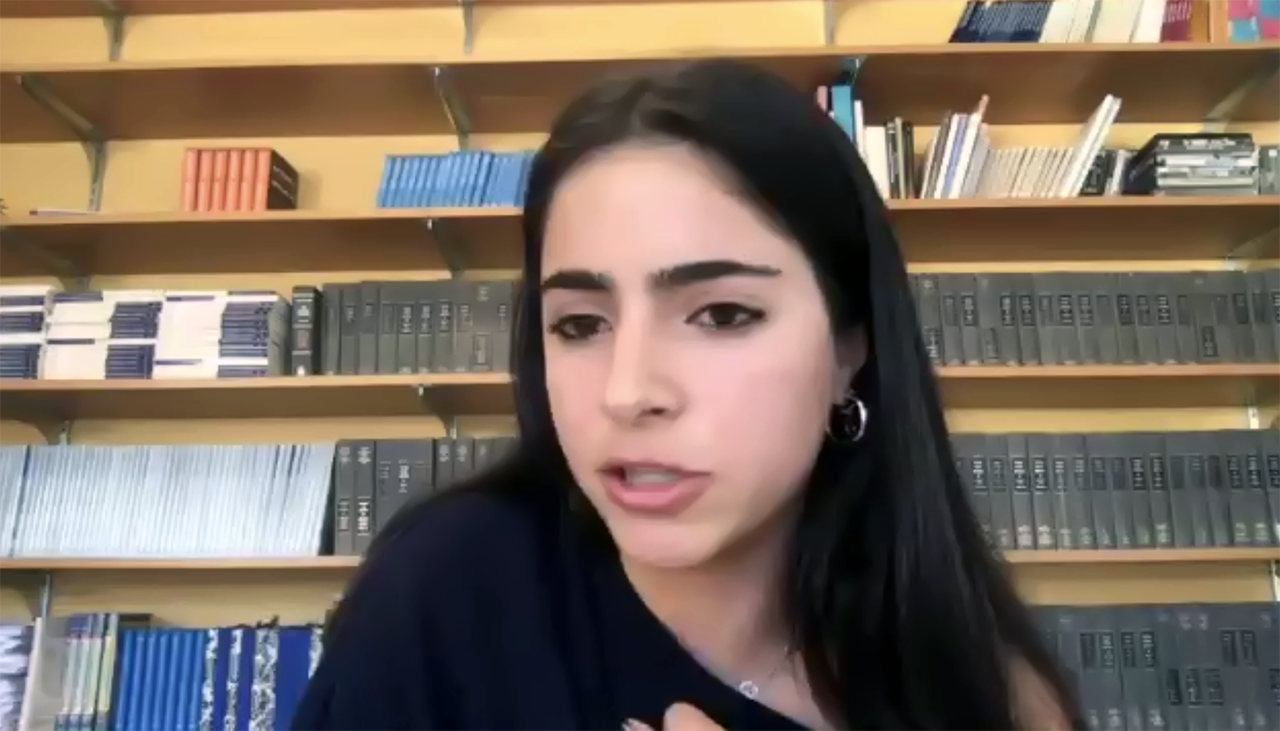