Dean of Berkeley Law: Don’t generalize about BDS on campus

No one should be surprised that there are deeply held feelings about the Middle East on college campuses. What is most important is that universities be a place where all ideas can be expressed and where all are treated with tolerance and civility.

A recent incident at the law school where I am dean, UC Berkeley, is instructive. A law student group, Berkeley Law Students for Justice in Palestine, asked other student groups to put in their bylaws a statement strongly condemning Israel and its policies.

There are more than 100 student groups in Berkeley Law, and several have done this, but the overwhelming majority, over 90 percent, have not.

The vast majority of students and faculty are unaware that this is even going on among leaders of some student groups.

To my surprise, this received news coverage. It hardly should be news that some students — including some Jewish students — are strongly condemning of Israel’s policies. I fear that the media is using this minor incident to paint a misleading picture about the nature of my law school, my campus and higher education.

One article called on the leaders of Berkeley Law to speak out, not even asking me about it or knowing that I had already done so.

For me, as a dean, the question was how to respond when something like this happens. It is crucial that I stress that students have the right to take a position on this, like all issues, even if I disagree with them or find their views offensive.

But it also is important that I express support for the Jewish students who are understandably upset by the message.

I also must recognize that there is substantial disagreement among the Jewish students about this. Although some Jewish students were quite angry, I also received a message from a group of Jewish students who said, “We stand unequivocally in solidarity with our friends in Law Students for Justice in Palestine, and the affinity groups who have adopted the BDS bylaw.”

After learning of the Students for Justice in Palestine message, I wrote to the leaders of all student groups to express my concern over the implications of the message for free speech at our law school. For example, the Students for Justice in Palestine message states: “Furthermore, in the interest of protecting the safety and welfare of Palestinian students on campus,” student organizations signing the statement “will not invite speakers that have expressed and continued to hold views or host/sponsor/promote events in support of Zionism, the apartheid state of Israel, and the occupation of Palestine.”

It is very troubling to broadly exclude a particular viewpoint from being expressed. Indeed, taken literally, this would mean that I could not be invited to speak because I support the existence of Israel, though I condemn many of its policies.

There is a false narrative that often underlies stories about college campuses, including Berkeley’s, that there is significant antisemitism and that they are not hospitable for Jews. That is nonsense.

My message pointed out that UC Berkeley Chancellor Carol Christ has spoken about how the boycott, divestment and sanctions movement “poses a direct and serious threat to the academic freedom of our students and faculty, as well as the unfettered exchange of ideas and perspectives on our campus, including debate and discourse regarding conflicts in the Middle East.”

In fact, as part of Berkeley’s Antisemitism Education Initiative, the campus has created a video which explains why singling out the state of Israel for special condemnation, or questioning the very legitimacy of its existence, is considered by many Jewish students to be a form of antisemitism.

My goal, too, was hoping that we can begin a conversation about these issues among all of our students. Again, that is what a campus should be about: civil discourse about hard issues where all viewpoints can be heard.

At the same time, it is important that the media reporting about this be sensitive to the context.

There is a false narrative that often underlies stories about college campuses, including Berkeley’s, that there is significant antisemitism and that they are not hospitable for Jews. That is nonsense.

I am in my sixth year at Berkeley, after nine years as dean of UC Irvine School of Law. As a Jewish man in my late 60s, I unfortunately have experienced antisemitism in my life and am sensitive to it, but I have seen little antisemitism among our faculty, staff and students at Berkeley Law or on the campus.

I do see great concern about the Middle East and human rights violations by Israel. But it is no more antisemitic to criticize Israeli policies than it is anti-American to criticize the policies of the federal government.

There is substantial concern for the plight of the Palestinians among many students. And sometimes students in their statements say things that I find offensive and that can be perceived as antisemitic.

None of this is unique to Berkeley Law or the UC Berkeley campus or the UC system. Our goal as educators must be to try for campuses to be a place for constructive conversations about difficult issues, including the Middle East. There must be consideration of the security needs of Israel, but also for the rights of the Palestinians. And it is important to not generalize from a statement drafted by a small group of students and see it as reflecting a widespread belief or an institutional hostility. 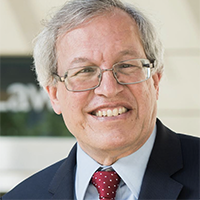