This week’s JCRC survey reminds us: We’ve been asking ‘Who is a Jew?’ for a long time

This week we wrote about the new survey commissioned by the Jewish Community Relations Council in which 86% of respondents said being Jewish is important to them — while, at the same time, 23% identified as secular.

The question of the root of Jewishness — whether it be connected to ritual practice, to belief in God, or to blood and ancestry — has come up many times before in our pages.

In 1926, Rabbi S. Felix Mendelsohn of Chicago took a stab at understanding what he called “Jewish nationalism” but what we today would call a secular Jewish identity:

“Very often I meet people who tell me that they are completely irreligious, that they have no use whatever for Jewish creeds and ceremonies, and yet they consider themselves very good Jews because they are Jewish nationalists.

“Of course we know very well what these people mean by Jewish nationalism. To them Judaism is a secular idea. They love the Jewish people because it represents the specific race from which they descend, and they therefore advocate the rigorous preservation of that race.

“They also love certain elements in Jewish life which they call Jewish culture. They love Jewish art, Jewish music, Jewish literature, and, in some cases, also the Hebrew language. They also love to observe Jewish festivals which to them have a secular connotation only. The Jewish religion, however, they positively refuse to tolerate. It is thus perfectly evident that the Jewish nationalist stands for an altogether new interpretation of Judaism.”

Mendelsohn was sincerely trying to understand the viewpoint of these “nationalists.” However, he didn’t agree with them at all, and had to point out that the question of “who is a Jew” had already been decided:

“If Judaism is to thrive on these shores we must make up our minds as to whether it is a religious or a nationalistic philosophy, and then act accordingly. However, it is only confusion existing in the mind of the modern Jew that is responsible for the present discussion about the essence of Judaism.”

To our forefathers, “Judaism was a religion pure and simple, and nothing else. And what was true of ancient times is still true of modern times,” he said definitively.

While he considered the matter settled, Jewish Americans continued to ponder their identity.

In 1965 we ran a Jewish Telegraphic Agency report concerning “a study in a city with a Jewish population of about 100,000” that looked at “How do Jews in this country perceive themselves as Jews?”

“The answers throw perhaps more light on the relation of the average American Jew to his Jewishness than any of previous studies ever conducted,” the article said. (That may have been true at the time, but there’s been no lack of studies since.)

As far as ritual practice went, “Only 60 per cent stipulated that a good Jew must belong to a synagogue or a temple, and only 58 percent required his attendance at services on high holidays, while no more than 16 percent thought that, in order to be considered a good Jew, one must attend weekly services.”

Within the 1965 study, which had respondents of all denominations, only 55 percent said Jews should marry other Jews. The question of Israel was similarly lukewarm, to the writer’s evident dismay:

“When only 35 percent of the adult Jews of one of the good communities in the country consider it essential to aid Israel — while 47 percent consider it merely “desirable” and 18 percent are indifferent — then something must be done about it.”

For Mendelsohn, back in 1926, a Jewish person in America should be assimilated culturally while at the same time remain a Jew in a spiritual sense. Even religious ritual wasn’t enough to make someone really, truly Jewish.

“For the religious person is only he who leads a life of stern morality, regardless of his observance of ceremonial practices,” he said.

At least that was true in 1926, more than two decades before Israel became a nation:

“Perhaps the future Jewish state in Palestine may develop a secular type of Jew — a Jew who, although irreligious, will still be considered one by virtue of his birth and Palestinian citizenship. But in this country we are all American citizens, and the only distinguishing mark of the Jew will for all times be his religion.” 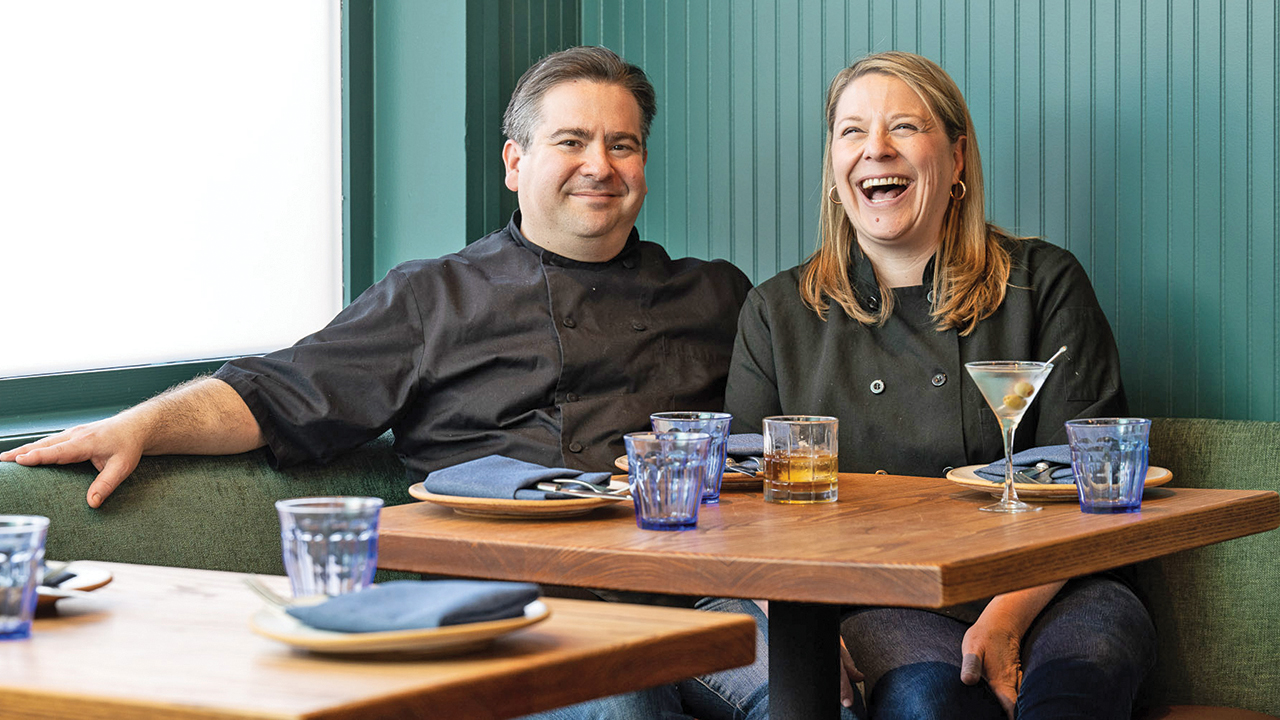