Describing a widening gulf between Israeli and Jewish American culture, panelists came together to discuss both on Sunday during the fourth annual Western States Conference on Israeli-U.S. Cultural Ties.

The panelists, including professors as well as representatives from the Jewish arts world, agreed on one issue: Only by strengthening the ties between Israeli and American-Jewish culture, can the latter survive to its fullest in a primarily non-Jewish nation.

Moderator Samuel Edelman, director of Jewish and Israeli studies at Cal State Chico, said: “There’s a growing separation between Jewish-American culture and Israeli culture. Not all of these reasons are positive and that’s something we need to address.”

Panelist Peter L. Stein, director of exhibitions at the Jewish Museum San Francisco, agreed. He noted that Jewish American culture has developed not only on a separate track from Israeli culture, but at “a 180-degree divergence.”

“Most actors, writers and musicians came here [to the United States] as a conscious choice — in rejection of Zionism,” Stein said. “It works both ways — Israel sees itself as existing separate from American Jewish thought. The cultural expression of these two worlds has been quite distinct.”

Panelist Izhar Patkin, an Israeli artist based in New York, said he noticed a “flip” in the outlook of the younger generation of Jews in the United States and Israel.

Among young Israeli Jews, “I never hear the word ‘survival’ anymore,” he said, “Where I do hear the word survival is among the Jews here.”

Patkin mentioned a peculiar “shyness or insecurity” when it comes to confessing American Jewish identity.

“It seems to me as soon as you raise either Jewish sources or Israeli sources in your art, you usually lose the acceptance of both,” he said. “When I did a show touching on some Jewish inspiration, no one in the Jewish [art community] wanted anything to do with it. They want to be mainstream proprietors of culture, not contaminated by any form of ethnicity.”

Expounding on that theme, Edelman added that several authors have had trouble getting their works published in the United States because their work is considered “too Jewish.”

Stein said he believed part of the problem lay in American Jews’ reluctance to associate themselves too closely with an isolated group, partly due to fear of anti-Semitism.

“One thing we can learn from the Israelis,” said Stein, “is to carry our faith and religious affiliation with [us].”

Edelman agreed. “American-Jewish culture, itself, has to deal with its inferiority complex,” he said. “Is it fear? Well, the fear is unwarranted. We always go into the future looking in a rear-view mirror. We need to realize anti-Semitism is not our biggest threat. Assimilation is.”

“Broadening the conversation about the art and culture of Israel is important to enhance our culture,” he said.

But Marie Shek, cultural attaché to the Israeli Consulate in San Francisco, told Stein she believed it may be more difficult then it sounds.

“I tried to bring Israeli art to the Jewish Museum, but they wouldn’t take it,” said Shek. “I finally showed the piece at a non-Jewish exhibition.”

Panelist Kobi Oshrat, an Israeli composer and director of cultural affairs at the Israeli Consulate in Los Angeles, said well-known artists in Israel are received in the United States “as though they come from the moon.”

“Most of the times audiences here have never heard of them and are not interested in attending Israeli shows,” Oshrat said.

Panelist Janis Plotkin, director of the Jewish Film Festival in San Francisco, said part of the problem may be inaccurate portrayals of Israel.

“We need images that allow people to engage in all the macro of what is Israel,” Plotkin said. “The future of peace with the Palestinians really relies on the U.S. embracing the truth. Through the use of film and art, we can get ahead of that curve.”

Plotkin noted that the current U.S. success of the Israeli film “Kadosh” was a step in the right direction. “This is the first time in a decade that an Israeli film is being played here” outside a film festival, she said.

Patkin added: “Every time you see the face of an Israeli who creates, you dispel a lot of the discomfort of what is perceived as only a country at war.”

“Not until ‘Schindler’s List’ was (Spielberg) a champion for Jewish causes,” said Stein.

But Patkin disagreed. “He may not have been advancing the Jewish cause in his earlier films like ‘Jaws’ and ‘E.T.,’ but in his psyche he was drawing from certain Jewish themes.”

“Well, he does look kind of Jewish,” joked Stein of E.T.

While the boundaries of American-Jewish culture remained undefined, Fred Astren, director of the Jewish Studies Program at San Francisco State, told the panel: “We need to be careful when we decide the boundaries of what’s Jewish. We should get comfortable with very fuzzy boundaries.” 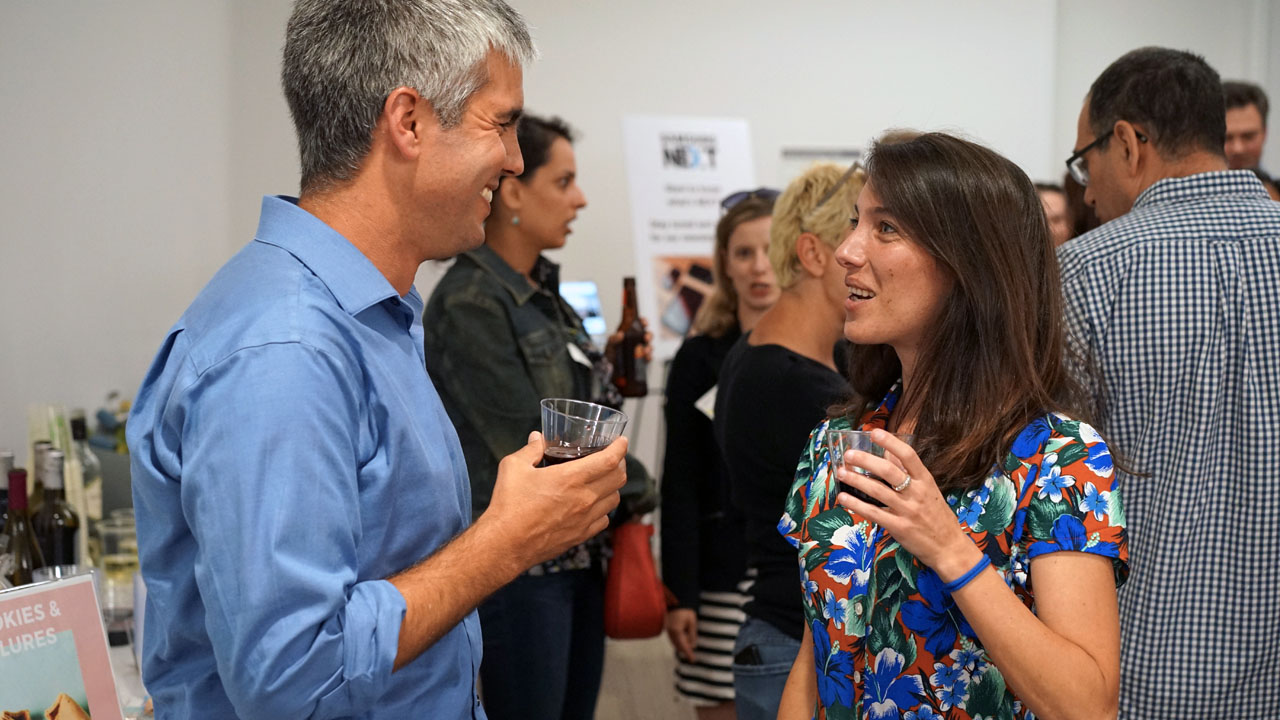