As one of only two openly gay men ever elected to the California state Assembly, Mark Leno is a hero to many in the gay and lesbian community.

But there's plenty of nachas to go around since his electoral victory last November.

Leno is also a favorite son to many in the Bay Area Jewish community, though some have wondered how such a nice Jewish boy ended up with an Italian surname.

"My grandfather's name was Wicknovich," says the Wisconsin native. "We really don't know how he came up with Leno. We can only guess."

A San Francisco supervisor from the Castro District before moving on to the Assembly, Leno attributes his zeal for public service to his strong Jewish roots.

Judaism, he says, "is in the blood," having been raised with a "profound respect for democratic values and concern for society's most vulnerable."

Raised in a Reform-affiliated household, Leno graduated from the American College of Jerusalem in the early 1970s and later attended the Reform movement's Hebrew Union College, though he was never ordained as a rabbi.

"As a young man, " he says, "I imagined it would be great to marry an avocation with a vocation, one of a spiritual journey. It seemed natural to do that through rabbinical studies."

Relocating to San Francisco, Leno opened Budget Signs in 1978. The mid-Market business grew beyond his wildest dreams, but when Leno's life partner Douglas Jackson died in 1990 from complications due to AIDS/HIV, Leno converted his grief into a dedication to community activism.

He served on the boards of many organizations including the Lesbian, Gay, Bisexual and Transgender Community Center Project, Haight Ashbury Community Services, the Raoul Wallenberg Jewish Democratic Club and the American Jewish Congress.

After his appointment to the San Francisco Board of Supervisors in 1998, Leno found he was a natural as a politician. He eventually ran and won the 8th District seat on his own.

Later, Leno oversaw the No on Prop. 22 campaign (the Knight initiative) and was also a delegate to the 2000 Democratic Convention.

However, upon taking office, Leno was greeted with a splash of cold water.

"Since I got to Sacramento, the budget deficit has ballooned to $35 billion," says Leno. "It's a chronic and systemic problem that will dominate the state for years."

Given the scope of the budget problem, Leno fears his ambitious social agenda will be forced to take a back seat.

"It's going to be difficult to move forward with any new initiative that carries a price tag," he says. "It won't happen my first couple of years."

Meanwhile, Leno plans to pour his energies into building working coalitions with his peers, including conservative Republicans on the opposite end of his ideological spectrum.

"If I learned anything through my job at city hall," says Leno, "it's that oftentimes a tough vote comes down to one's relations with one's colleagues. So there's nothing better than having a good relationship."

As a Jew, Leno has instant colleagues in the Assembly. "There are some wonderful Jewish members on the Democratic side," he says, "and Todd Spitzer from Orange County and Keith Richman from the San Fernando Valley on the Republican side. We haven't had a chance to kibitz yet."

Though Leno suspects there may have been other gay assemblymen in the past, he and John Laird of Santa Cruz (also elected last November), are the first openly gay male members.

In addition to Laird and Leno, other gay members of the Assembly include Christine Kehoe of San Diego and Jackie Goldberg of Los Angeles.

Leno hopes his presence will foster understanding. "There is still a long way to go," he says. "There are still inequities that the LGBT community feels on a regular basis. It's my hope that the level of debate will be more respectful."

Still, Leno reports, some of his Republican colleagues have privately told him that, though personally sympathetic, they don't see Republicans teaming up with liberal Democrats to support issues important to the gay and lesbian community.

So, how does he like legislating so far? "Perennial optimist that I am, I see it only as positive and extraordinary opportunity," says Leno. "Having entered into it reluctantly through an appointment, I didn't know I would so enjoy the process of legislating. I don't mean to be Pollyannaish about it, but I'm really lucky." 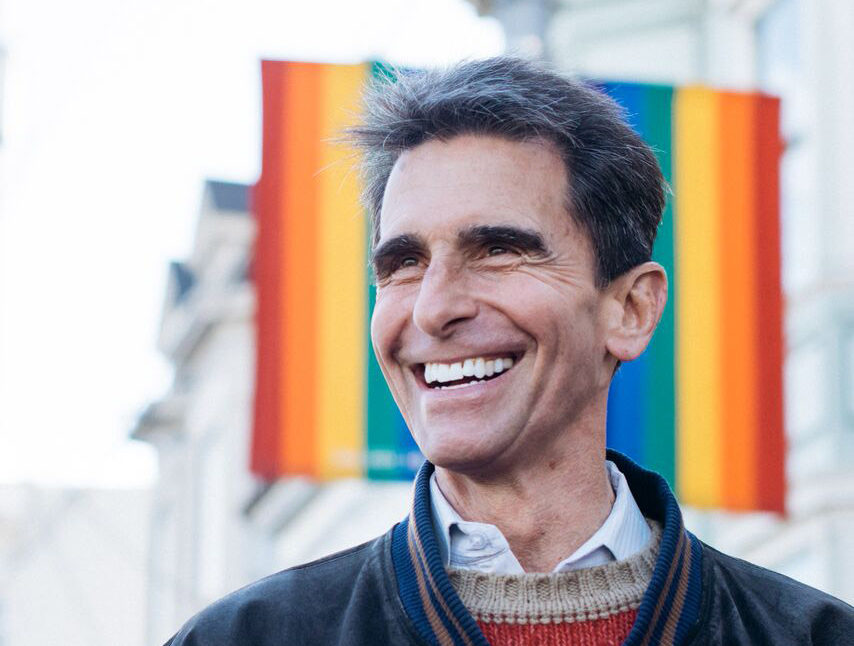