Teaching about the Holocaust through cartoons

Can cartoons be used to teach about the Holocaust?

Consider the case of the S. S. St. Louis, carrying 937 German Jewish refugees. Sixty-five years ago this week, the ship hovered off the coast of Florida, hoping to be granted haven in the United States.

But the Coast Guard cutter that approached the ship was sent not to escort it to America’s safe shores, but rather to ensure that the St. Louis would draw no closer. The passengers could see the lights of Miami, but they could not enter the city. President Franklin D. Roosevelt refused to offer shelter to the refugees. The ship returned to Europe.

Holocaust educators today are often drawn to the voyage of the St. Louis, a powerful and compelling story that has come to symbolize both the desperation of Europe’s Jews and the callousness of those countries that shut their doors and closed their hearts. But, like other aspects of the Nazi era and the Holocaust, it is not always easy for teachers to convey the extent of the horror.

Film offers one alternative method of communicating such experiences, and the 1976 movie about the St. Louis, “Voyage of the Damned,” was certainly a step in the right direction. Despite the flaws that are inevitably part of a Hollywood dramatization of history, the film helped make the plight of the St. Louis come alive in a way that history books find difficult to match.

But the one image that most simply and dramatically summed up the abandonment of the Jews was an editorial cartoon that was published at the time of the St. Louis crisis. It shows a tiny boat, the words “Jewish refugee ship” coming out of it smokestack, sailing past the Statue of Liberty. At the base of the statue are the words: “Give me your tired, your poor … Send those, the homeless, tempest-tossed to me.” Lady Liberty’s face is turned away from the refugee ship, and from her upraised torch hangs a sign reading “Keep Out.”

This cartoon is part of a new exhibit of cartoons from World War II-era U.S. newspapers, “Cartoonists Against the Holocaust: Art in the Service of Humanity.” The exhibit debuted at a recent conference in New York on teaching about America’s response to the Holocaust, sponsored by the David S. Wyman Institute for Holocaust Studies.

Another particularly striking cartoon in the exhibit was drawn by Eric Godal for the New York City newspaper P.M. in 1943. It shows two State Department officials engrossed in reading the “Washington Society” page of the daily newspaper. One official is handing the other a newspaper with a headline about 100,000 Jews being slaughtered by the Nazis each month, and is saying to his colleague, “Refer to Committee 3, Investigation Subcommittee 6, Section 8b, for consideration.”

It was a jarring commentary on the Roosevelt administration’s indifference to the Nazi genocide. It was also an admirable attempt by a cartoonist to use his art to influence public opinion in favor of rescue.

Another cartoon by Stan Mac Govern in a 1943 New York Post challenges the State Department’s opposition to a congressional resolution urging the British to open pre-state Israel to Jews fleeing Hitler. The 1943 cartoon shows a State Department figure saying “It is unwise at the present time …”

In our own time, cartoon art is emerging as a powerful means of Holocaust education. Art Spiegelman’s book “Maus,” which tells about the Holocaust through cartoons and won a Pulitzer Prize in 1992, was a pioneer in this new field. More recently, Joe Kubert, the legendary comic book artist and editor, wrote and drew the critically acclaimed “Yossel: April 19, 1943,” which depicts the life of a Jewish child artist in the Warsaw Ghetto. Kubert himself was born in Poland and came to the United States as an infant. The setting for the book is what he imagines would have happened to him if his parents had not been among the fortunate few who reached the United States in the 1920s, just as America was closing its doors to most immigrants.

It was most fitting, then, that Kubert authored the introduction to the “Cartoonists Against the Holocaust” exhibit, and hosted its opening at the Wyman Institute conference. In his remarks, Kubert spoke about the unique power of cartoon illustrations, which can, with just a few strokes of the pen, convey an image or an idea that will remain in the readers’ minds for years to come.

As we mark the grim 65th anniversary of the St. Louis, and ponder how best to teach young people today about episodes such as that terrifying voyage, it is worth considering that creative new methods, such as cartoons, may be particularly effective. That image of the Statue of Liberty with the “Keep Out” sign is literally unforgettable. And making the Holocaust unforgettable is our generation’s duty.

Rafael Medoff is director of the David S. Wyman Institute for Holocaust Studies in Melrose Park, Pa., which focuses on issues related to America’s response to the Holocaust. The Web site is www.WymanInstitute.org. 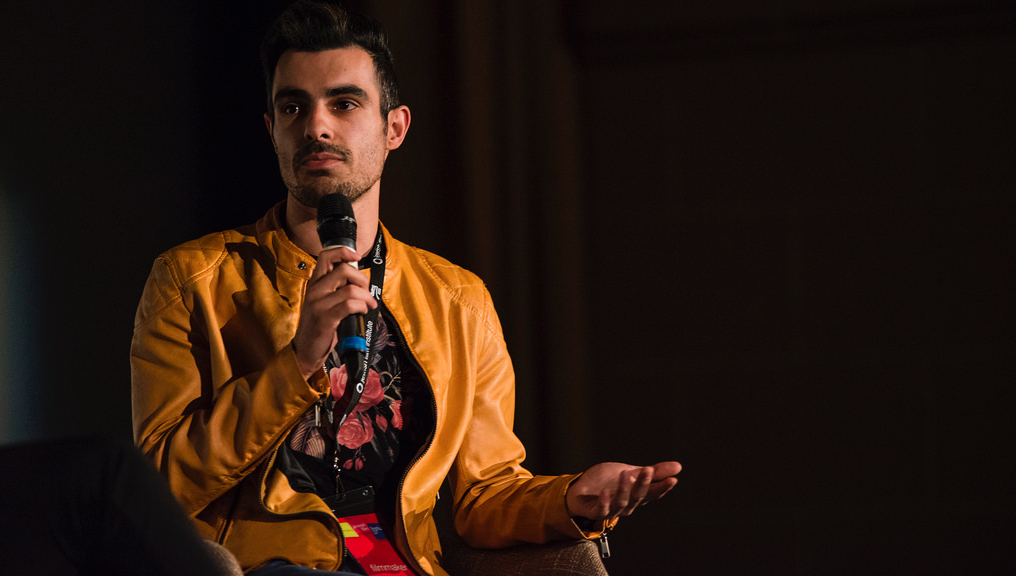