On a cloudless spring day at Harvard, Tovah Feldshuh is kvelling over her son, who just moments before graduated from the university with a degree in economics.

“My darling,” she says in a subdued contralto that masks her pride. “Sweetheart, stand over there and let me get another picture.”

Then everyone piles into the minivan to head back to Manhattan, Feldshuh at the wheel, cell phone in hand.

The son will soon depart for Oxford to pursue a master’s degree in finance. Meanwhile, his Jewish mother will soon return to the place she knows best, the stage, to once again star in the play “Golda’s Balcony.”

Feldshuh has received raves for her portrayal of the late Israeli Prime Minister Golda Meir. The play earned her a Tony nomination and a Drama Desk award, and became the longest-running one-woman show on Broadway.

It’s here only three weeks because Feldshuh will need to return home as soon as possible. Her teenage daughter still lives at home, and Feldshuh takes motherhood as seriously as she does acting.

“I had to face what really made my life work,” says the actress. “The children come first. Golda had the choice between her kids or the death of millions of Jews.”

As the play reveals, Meir, a mother of two, chose the Jewish people over being the model parent.

Much as Feldshuh inhabits Meir’s persona, she is no carbon copy of the feisty Milwaukee schoolteacher-turned-Zionist who led Israel through war and peace. But she gives it her best shot.

“My goal is actually to be her,” says Feldshuh. “Ultimately, success as an actor is a marriage between your soul and the soul of your character.”

Feldshuh starred in the New York premiere of William Gibson’s play back in 2003, but the courting process to lure her into the role began much earlier.

Gibson, 90, is best known as the dramatist behind “Two for the Seesaw” and “The Miracle Worker.” Feldshuh caught an early version of “Golda’s Balcony” at an out-of-town tryout.

“I thought it was brilliant but episodic,” she says. “I was concerned about there being a hook. [Then director] Scott Schwartz, William Gibson and I worked on it. The piece works very well now and has a lot of heart.”

The play is part autobiography, part history lesson, as seen through the eyes of Meir. It spans her American youth, her time in Jewish Palestine and the early years of the young Israeli state. Yet the play doesn’t romanticize Meir or the challenges she faced, including the Yom Kippur War and Israel’s nuclear ambitions.

“She’s not so popular in Israel,” says Feldshuh of her alter ego. “[Israelis] feel she robbed them of their boys. She made the decision to allow Egypt to strike first [in the Yom Kippur War] to keep the sympathy of the world. Twenty-five hundred Jewish boys died in a matter of weeks. It haunted her the rest of her days.”

Turning the glamorous fifty-something actress into the frumpy cigarette-puffing Meir has been a special-effects challenge.

“I love getting dressed up in the fat suit,” she says. “It’s put together very carefully so it looks real. The Golda Meir shoes are like the conscription shoes for the army. She thought they were sturdy like Dr. Scholls.”

To research her character, Feldshuh read everything she could find on Meir and met with people who knew her (she also mastered that flat Wisconsin accent). In the play, she tackles not only the title role but also 38 other characters, from Israeli general Moshe Dayan to Richard Nixon.

Studying Meir so closely led Feldshuh to draw a conclusion about her, one that divides the real Meir from an imagined ideal. “Golda would never speak in a monologue for 90 minutes,” she notes. “She was a very humble purposeful woman, a real observer and learner.”

The same might be said of Feldshuh herself, though with a good deal more flair. Over the years, she has often been thought of as a “Jewish” actress, much of it fueled by her Jewish-sounding name and frequent overtly Jewish roles. But that’s not always the case.

A familiar face on stage and screen, Feldshuh is l known for her Emmy-nominated role on “Law & Order (she plays attorney Danielle Melnick), and has co-starred in such films as “A Walk on the Moon” and “Kissing Jessica Stein.” Her stage credits run the gamut from Shakespeare to Lillian Hellman, and she’s also a fine cabaret singer.

But she doesn’t mind being perceived as a Jewish actress. Raised in a culturally rich Jewish home in New York City, she was born with the strikingly un-Jewish first name of Terri Sue. She changed it later while in college, but not because of any surging Jewish fealty.

“I changed it to Tovah when I fell in love,” recalls the actress. “Tovah was so exotic sounding.”

Feldshuh went on to graduate from Sarah Lawrence College. Though she stood out early on as a classy actress, she has taken on her share of stinker roles, with one towering above all the rest.

“My worst role was in a film called ‘The Savage Bees.’ I play a scientist who saves the world from killer bees. It was the bottom of my career. I was young and on fire, and I thought the only way to be excellent was to be in great roles.”

Killer bees aside, Feldshuh has strived to honor that goal ever since. In addition to scores of film and TV roles, she starred in dozens of stage productions in New York, Los Angeles and London, as well as toured with her original one-woman show “Tovah: Out of Her Mind!” Yet she readily concedes playing Golda is the greatest role of her career.

“The angels were watching over the production,” she says, “in that there was a marvelous symbiosis between what we needed to do to get the story out and what happens in the production.”

“The subject matter is pertinent as we face a peace option [in Israel],” she says, referring to the looming Gaza disengagement. “There will be 8,000 broken hearts in Israel this summer.”

Landing the role did not turn Feldshuh into an overnight “expert” on Middle East affairs. The actress is a long-time activist, and has worked with Seeds of Peace, an organization that brings together Israeli and Palestinian youth in a camp environment.

“Some of these kids will break through and meet their friends on the other side of negotiating tables,” she says. “When the enemy has a face, it’s no longer an enemy.”

Though she leans to the left politically, her trips to Israel over the years place her squarely in the Zionist camp. Which is another reason why she feels “Golda’s Balcony” is important.

“[The play] traces the foundations of Zionism,” says Feldshuh, “and why so many Jews felt obligated to carry forth the vision of Herzl, which said the only way for Jews to live a life of full dignity was to have their own state.”

Not that Feldshuh covets typecasting, but at the same time she is doing the play, she is also playing Meir in a big screen version of the Mideast novel “O Jerusalem,” now being shot in Greece, Israel and England.

So it looks like Tovah Feldshuh will be playing the “Jewish woman” yet again. As accomplished and diverse an actress as she is, Feldshuh is happy to have such a distinction.

“Some performers have a gay fan base, some the Italians,” she says. “My original base is the Jews. How lucky am I? I don’t take it for granted.” 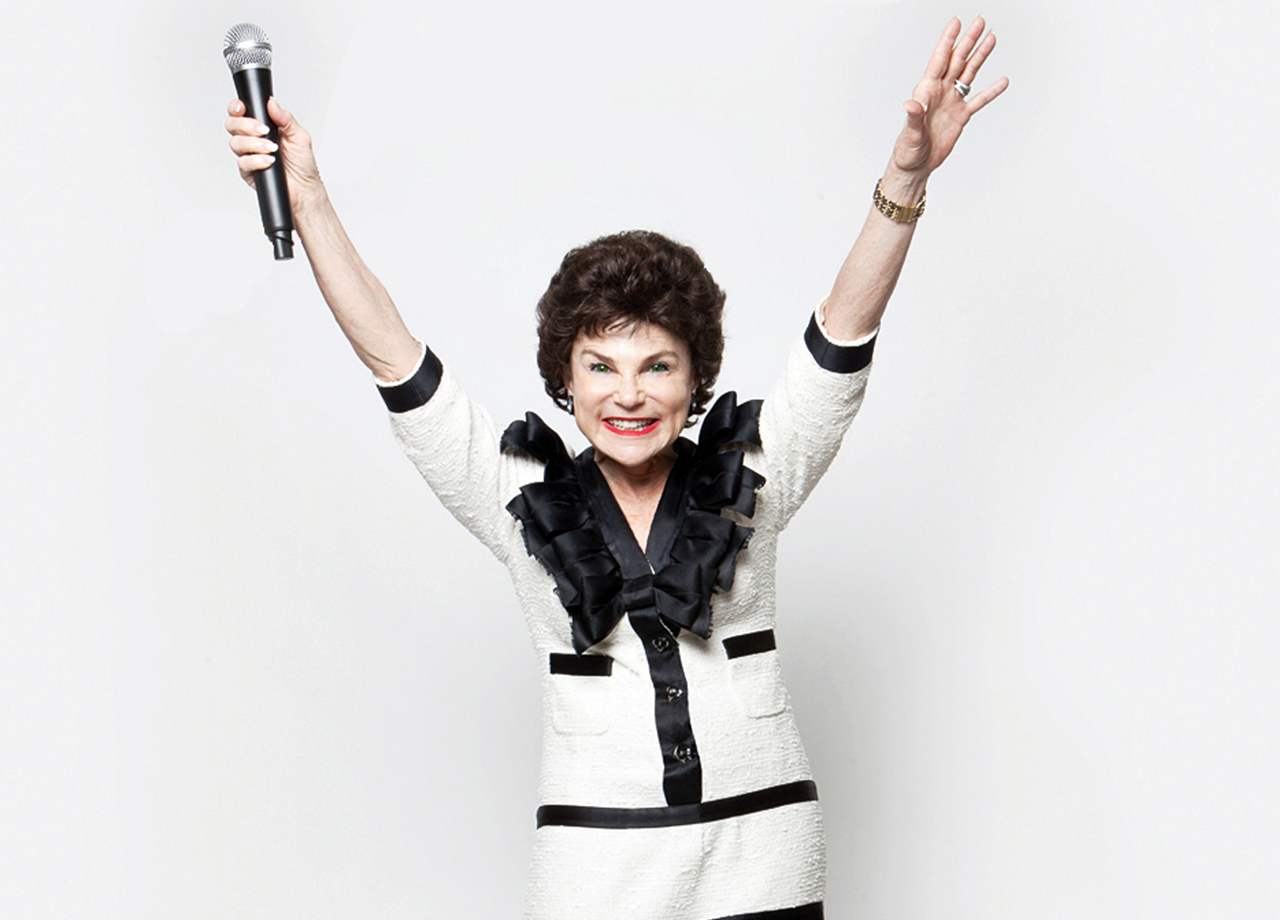 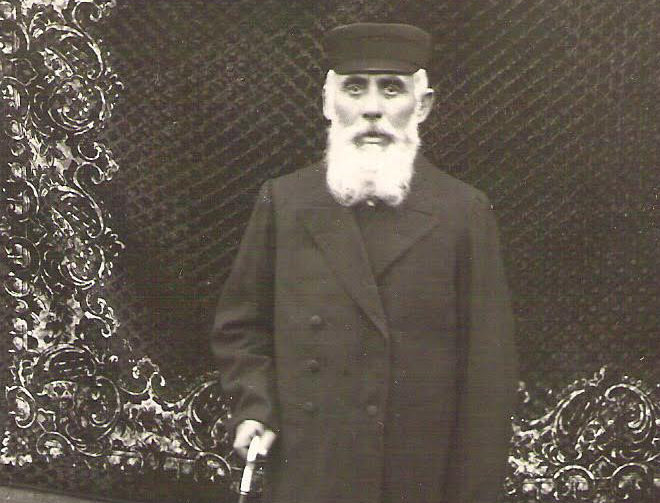