Have you ever tried to make matzah balls without eggs? I have, so I can attest to the difficulty of the process. They break apart, crumble almost instantly and turn the soup surrounding them into a lumpy, swampy mess.

But I keep trying, because I’m a vegan, meaning I do not eat any animals or animal by-products. Some may ask, in that case, why bother with things like vegan matzah balls? I should just make the dishes I know will turn out well.

But besides being a vegan, I’m a Jew. I want to keep the traditions of my mother and my nana; those are some of my best memories, being in the kitchen with those two. And let’s face it; Judaism and food go together like, well, matzah balls and broth.

Luckily, I caught a break last month when a new cookbook, “Veganize This!” by Jenn Shagrin, showed up on my desk. Shagrin is an actress and chef living in Los Angeles who became known for making and selling an intoxicating junk food — the vegan Twinkie.

She includes that recipe in “Veganize This!” along with a few that might sound almost familiar to a Jewish cook: vegan red wine and peppercorn braised brisket, vegan matzah brei, fennel and roasted garlic latkes, and the kicker: vegan lemongrass, ginger and coriander–infused matzah ball soup.

The book itself is not a Jewish cookbook, per se; however, Shagrin is Jewish and, as such, she has strong connections to food, family and tradition.

“[Food] was such a pivotal part of my childhood,” Shagrin, 25, told me. “Food was tied into family and events. And family events always revolved around Jewish holidays.”

She and her younger sister (also an author) grew up in Ohio with two foodies for parents; she described both of her parents as “incredible home chefs.” She learned how to make pasta from scratch when she was 5.

After trying out a few recipes from her book, I knew she meant business. I made a cashew cheese spread a few weeks back that blew my mind. I hadn’t, however, attempted the big guns — the Jewish dinner options — until last week, when I took a shot at my first Shagrin-style matzah balls.

Before I did so, I asked her point-blank, “What will hold my balls together?” She said it’s the Arrowhead Mills vital wheat gluten in the recipe that binds them. The dish also calls for matzah meal, margarine, a cream alternative and imitation eggs made of flaxseed (for which she also gives a recipe).

After a harrowing couple of hours spent mixing, rolling and boiling, I had my own vegan matzah balls. Granted, they weren’t perfect or as pretty as I imagine Shagrin’s are, but they were the best I’ve made yet. It was a satisfying moment for a Jew who has spent many family get-togethers envious of the main dishes.

Growing up vegetarian and eventually vegan, that was always the hardest part: sitting around the extended family table, eyeballing all the great-looking and fragrant-smelling traditional foods I wouldn’t touch.

But as I’ve gotten older, my mom has made it her mission to include vegan versions of dishes in with all that meat and dairy. Shagrin says it’s the same case for her parents, who now live in Walnut Creek. For example, during her last visit to their home, Shagrin’s mom made a huge batch of vegan brownies. The pinwheel cookies in “Veganize This!” are dubbed “Bubbe’s Cookies” and come from an old family recipe her father helped her adapt.

Really, why shouldn’t we be able to be both participate in Judaism and maintain a vegetarian or vegan lifestyle?

As Richard H. Schwartz points out on the Jewish Vegetarians of North America website: “The Torah is full of commandments demanding humane treatment of animals, yet the modern factory farms that produce over 90 percent of the animal products we consume today raise their animals in unconscionable conditions of abject misery.”

That should be reason enough to at least attempt a tasty alternative. My plan is to master Shagrin’s vegan matzah balls by Pesach. Wish me luck.

Emily Savage lives in San Francisco. She can be reached at [email protected] 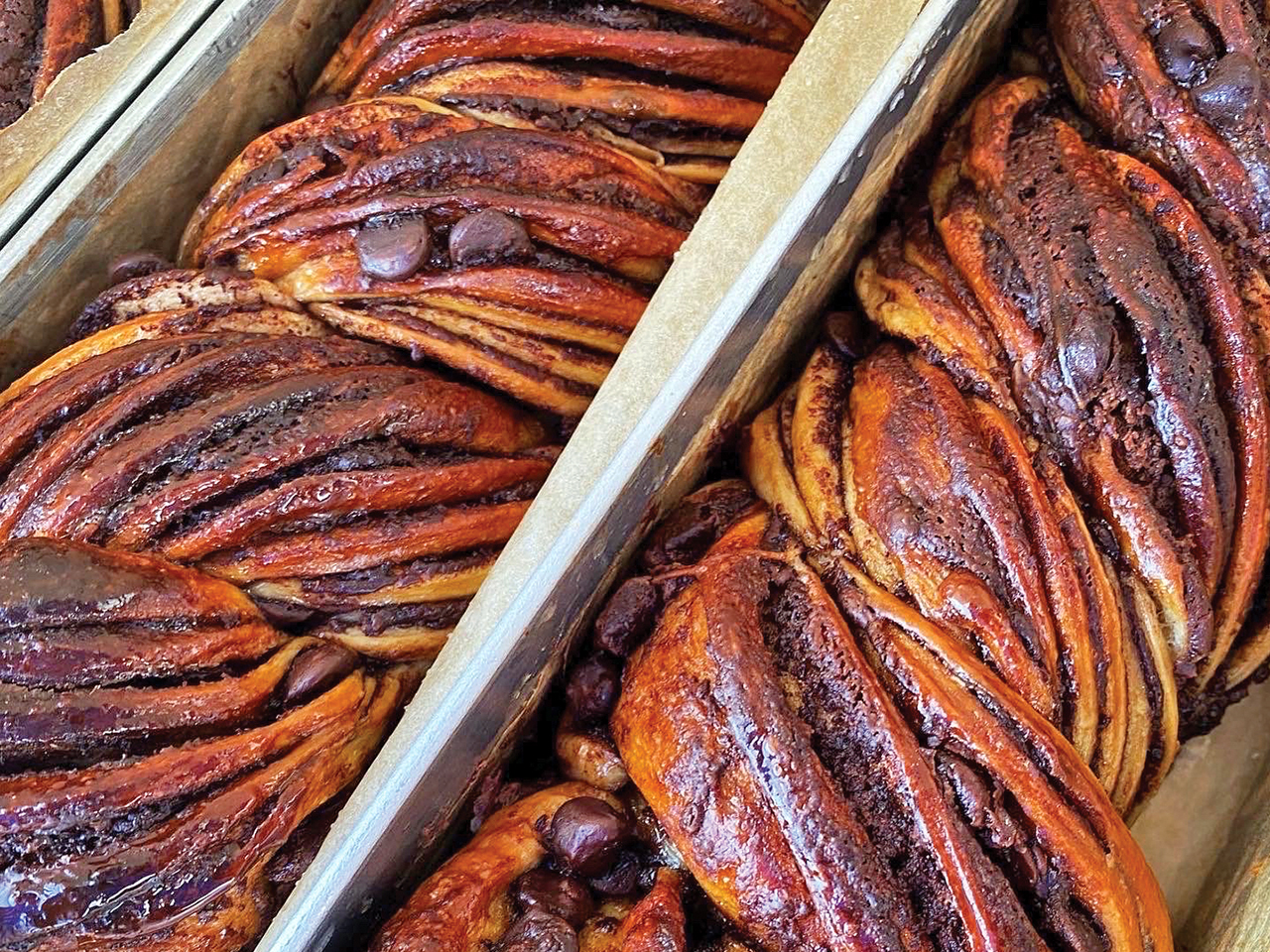