With only six Jewish players in the 30-team National Hockey League, the odds of two playing for the same team is small.

But forward Mike Brown and defenseman Jason Demers of the San Jose Sharks, who are currently in the playoffs, both have a Jewish heritage.

Brown grew up in Northbrook, Ill., a suburb of Chicago.

“My family wasn’t too religious,” he told J. recently, “but I did have my bar mitzvah. Both of my parents are Jewish.”

Brown, 28, was acquired by the Sharks in an early season trade with the Edmonton Oilers. Demers, 25, was already in his fifth year on the squad, so suddenly the Sharks had two Jewish players.

Known as a grinder in hockey lexicon, Brown is a winger who plays on the Sharks’ fourth line, where his role isn’t to score goals; it’s to provide energetic, physical play. In 56 games during the regular season, 48 of them as a Shark, Brown had only two goals and three assists, compared with 12 five-minute major penalties for fighting.

However, in the Sharks’ first two games of a first-round playoff series against the Los Angeles Kings, Brown had a goal and an assist. The energy he and his linemates generated was credited with turning a 2-0 deficit in the second period of Game 2 into an improbable 7-2 victory. Brown scored the first of those seven straight Sharks’ goals, and was honored as the game’s first star.

San Jose is Brown’s fifth team since being drafted by the Vancouver Canucks in the fifth round of the 2004 NHL Entry Draft.

“This is a great place to play,” said Brown, who wears No. 18 for the Sharks. “The staff and management are fantastic because they make us comfortable and they’re down to Earth.”

Demers, a Quebec native who declined an interview request from J., did not know about his Jewish roots until last year, according to the Jewish Tribune, a Canadian newspaper.

“We all received the news at the same time,” Demers told the Tribune in an interview last April. “[Being Jewish] is on my father’s side of the family tree.”

Demers said it came as a surprise to him, but he welcomed it, according to the Tribune.

“I’m curious about every religion because it’s a different way of looking at the world,” Demers was quoted as saying. “Obviously having that new-found heritage makes me curious.”

Statistically, Demers had the best year of his career in the 2013-14 regular season, which ended two weeks ago. His five goals and 29 assists in 75 games were both career highs. His assist total was tops among Sharks’ defensemen and all Jewish players in the NHL.

Jewish hockey players in the NHL are not common. This season, there were eight, though only six toward the end of the season. The number fluctuates, as some players are sent up and down between the NHL and the minor leagues.

The Phoenix Coyotes’ Jeff Halpern, who will turn 38 next week, is the longest-tenured Jewish player in the league right now, having just finished his 14th NHL season. The Calgary Flames’ Mike Cammalleri, 31, is perhaps the biggest star among current Jewish players, with 236 goals and 266 assists in 669 games over 12 years in the NHL.

Perhaps the most well-known Jewish player in NHL history was defenseman Mathieu Schneider. From the late 1980s through 2010, he played in 1,289 games, was a two-time all-star and won a Stanley Cup with the Montreal Canadiens in 1993.

The Sharks, though a perennial playoff team, still are looking to hoist their first cup after 23 years in the NHL.

Brown thinks this could be their year.

“I came in and played against these guys in the past, and they’re big veterans with a lot of experience,” he said of his new teammates. “[Joe] Thornton and [Patrick] Marleau know what it takes to win it all.”

And even if the Sharks don’t make history, Brown has been happy to be a part of the team.

“During the season you never really think [you’re going to be traded],” he said. “But I went from last place to first place and from freezing weather [in Edmonton] to nice weather.” 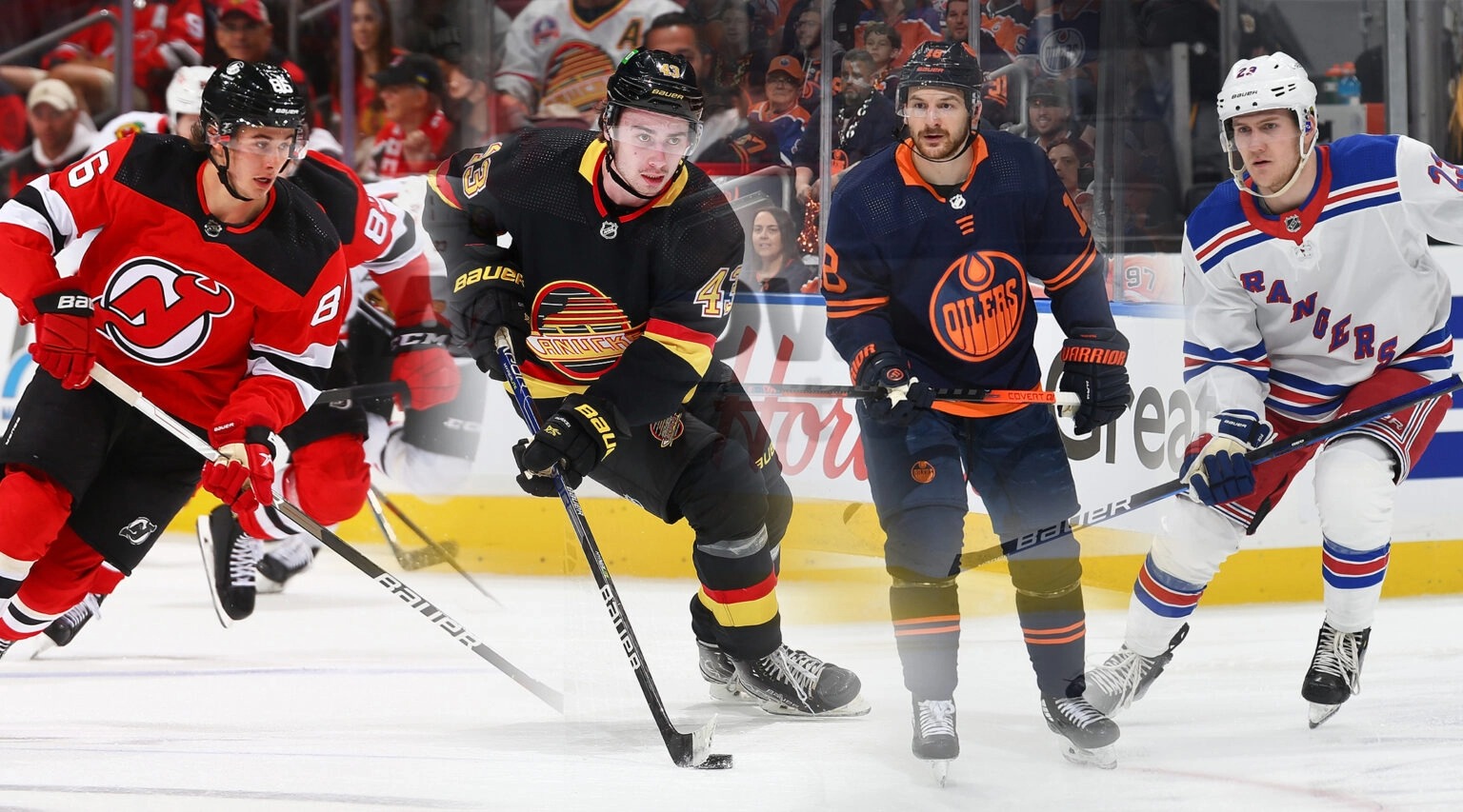 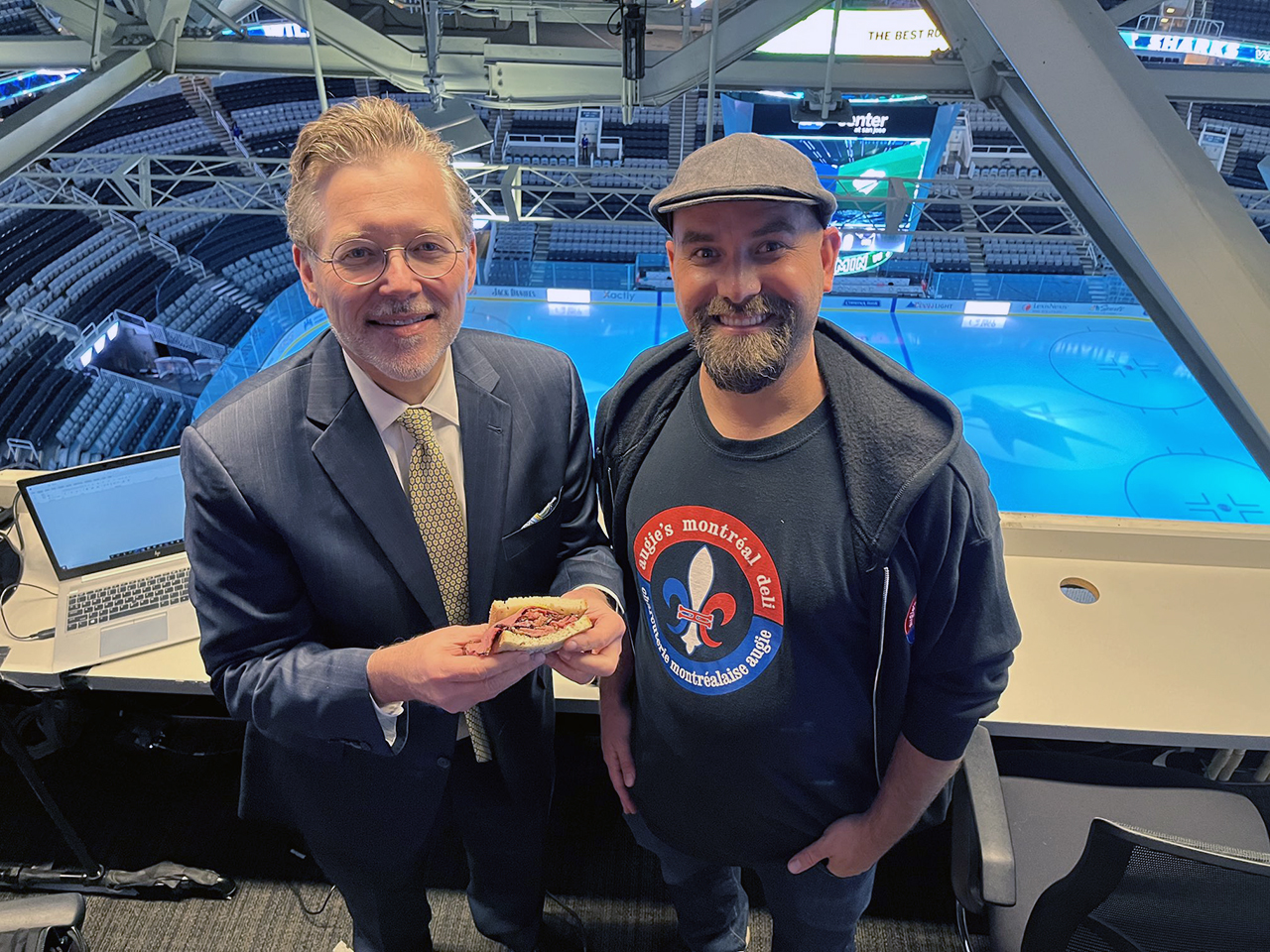 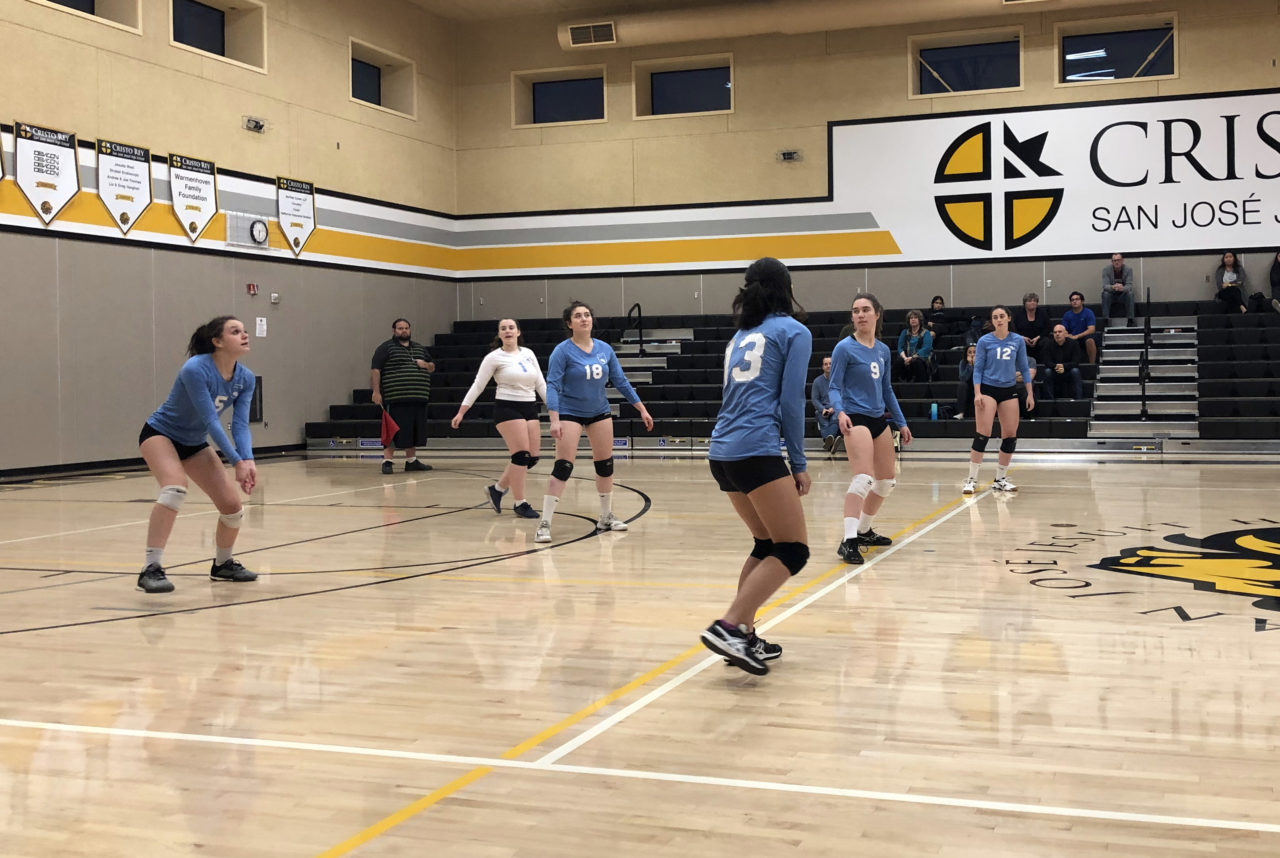