Palestinian prisoners say they are being punished for hunger strike

Since some 1,100 Palestinians in Israeli prisons launched the strike Monday, officials here have isolated and condemned its leader, Palestinian politician and terrorist Marwan Barghouti. Other striking prisoners have also been punished, and protests have been quelled.

Marwan Barghouti was transferred Monday from his usual prison near Haifa, Hadarim, to solitary confinement at the nearby Kishon prison. The move was reportedly punishment for the strike and for an essay that he wrote explaining it, which was published Sunday as an op-ed in The New York Times.

At the same time, Israeli officials have sought to remind the world that Barghouti is a convicted murderer and condemned the Times for failing to note as much.

In his op-rd, Barghouti wrote: “Israel has established a dual legal regime, a form of judicial apartheid, that provides virtual impunity for Israelis who commit crimes against Palestinians, while criminalizing Palestinian presence and resistance. We will not surrender to it.”

The Times described Barghouti simply as “a Palestinian leader and parliamentarian.”

Assad trained as an ophthalmologist before becoming president.

The Coordinator for Government Activities in the Territories, which oversees relations between the Israeli army and the Palestinians, also slammed the newspaper for omitting Barghouti’s history.

“By referring to him only as a political figure, the Times failed to point out that after a fair trial in 2004, Barghouti was convicted of murder and carrying out terrorist acts and was therefore sentenced to five life sentences and an additional 40 years in prison,” COGAT wrote on Facebook. “Barghouti is a murderer of Israeli civilians.”

“Marwan Barghouti was convicted for murdering Israeli civilians,” the Coordinator for Government Activities in the Territories, or COGAT, which manages relations between the Israeli military and Palestinians in the West Bank and Gaza, wrote on Twitter.

The Times on Monday added an editor’s note to Barghouti’s op-ed acknowledging the original description “neglected to provide sufficient context by stating the offenses of which he was convicted,” and then noting those offenses.

Barghouti, the former leader of the ruling Palestinian party Fatah’s armed wing and its terrorist group, is serving five life terms for as many murders and 40 years for an attempted murder, which he was convicted of in Israeli civilian court. He was also implicated in and held responsible for four other terrorist attacks.

Israel Prisons Service officials are investigating whether the op-ed was smuggled out of prison by Barghouti’s lawyers or his wife, according to the Hebrew-language Ynet news website.

The officials have also cracked down on the rank-and-file hunger strikers and said they do not negotiate with prisoners. Palestinian prisoners at Meggido Prison in northern Israel said they have faced retaliatory measures, including having their radios, televisions and other electronic devices confiscated, Ynet reported.

“The prisons service has started taking disciplinary measures against the strikers and in addition a number of prisoners have been transferred to separate wings,” said Israel Prison Service spokesman Assaf Librati. “It is to be emphasized that the [prison service] does not negotiate with prisoners.

Israel has made concessions to end past hunger strikes, including one by some 1,500 Palestinian prisoners in 2012.

The latest strike is ostensibly an attempt to pressure Israel into improving the conditions for Palestinian prisoners. Barghouti has been calling for a strike since talks on the issue between prisoners’s representatives and the Israel Prison Service broke down last year. The strikers’ demands include more family visits, an end to solitary confinement, better health care and greater educational opportunities.

But many believe Barghouti orchestrated the strike to coincide with Palestinian “Prisoners Day” in an effort to demonstrate his political clout and send a message to Palestinian President Mahmoud Abbas and other Fatah leaders, who have lately sidelined him and his allies. Despite his imprisonment, polls suggest that Barghouti is the most popular choice to replace the aging and unpopular Abbas.

The perception among Palestinians that the strike has narrowly political aims may or may not help Israel contain it. Abbas and Hamas, the terrorist group that governs the Gaza Strip, have both expressed support. And protests Monday in support the striking prisoners broke out across the West Bank. At least 13 Palestinians reportedly injured in clashes with Israeli troops.

But so far, most of the more than 6,000 Palestinians in Israeli prisons have yet to join. 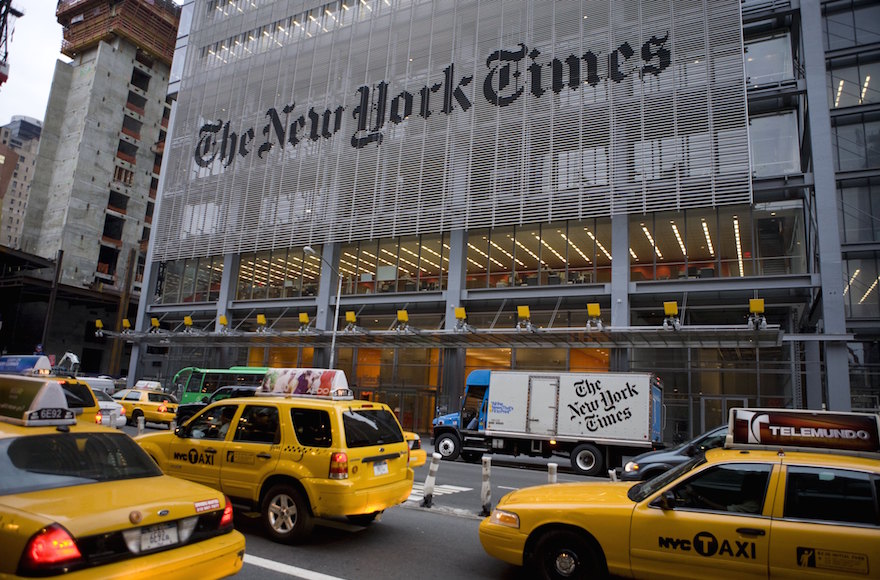