Signs that the “Chopped” Hanukkah competition in Walnut Creek was a completely different animal than the popular cooking competition on the Food Network:

It was preceded by a talk that mentioned the Alter Rebbe, the Ba’al Shem Tov and the coming of Moshiach.

In a pantry filled with all kinds of ingredients, the only “dairy” to be found was Tofutti-brand nondairy sour cream.

When emcee-host Chaya Berkowitz couldn’t find a suitable culinary expert to be the third judge, she stepped up to do it herself, until she learned that I was a food writer and halfway through the competition asked whether I’d mind replacing her (despite the ethics involved in both covering this event and judging it, I hastily decided it would probably be OK).

The only thing the contestants could make was latkes.

Also unlike the TV show, which pits four individual chefs against each other, here the women worked in five teams.

Of course, there were other deviations. In the “Chopped: Chabad of Contra Costa” edition on Dec. 6, each team got a bag with six mystery ingredients and had 45 minutes to make latkes using at least three of those ingredients and whatever else they could find in the pantry. And there was only one round.

Though the pantry was stocked with a wide array of ingredients, the competitors mostly kept to classic potato and onion as the base, though zucchini was a popular add-in. But the teams differed on how they incorporated the mystery ingredients, with some adding them to the latke itself and others using them in the topping.

There was quite a frenzy as team members selected items from the pantry and then jockeyed to get to their food processor and start frying in a timely manner. Each team had its own table, with its own butane burner.

It was most interesting to walk around and observe how the women negotiated, especially when their ideas didn’t jibe. A mostly Israeli team that put out a Persian-style latke, with lots of fresh herbs and cumin, negotiated in Hebrew. Two other teams were predominantly Russian-speaking. One thing that most contestants seemed to agree upon was that the potato chips could easily be broken up into crumbs and used along with flour, matzah meal or breadcrumbs to hold the latkes together.

Judge Stella Ohayon, the former owner of the Triple S Ranch in Calistoga, grew up in Russia and then immigrated to Israel before landing in California. She circled the room, easily switching from Russian to Hebrew to English as she checked in with each team’s progress.

To her, the trick to the perfect latke is using the right amount of oil to ensure a perfectly crisp result, rather than a latke that is oil-soaked. “I see some of the mistakes they’re making and it breaks my heart,” she confided.

The smoke alarm went off more than once, even though there was no fire.

When Berkowitz called “Time!” Vicky Fruchtman, who had been overseeing the making of what she called an “East Meets West” latke, declared “I’m so done.”

The judges — who were plied with leftover vodka by more than one team — had to rate the entries in three categories: presentation, taste and creativity. Two of the judges admitted they were having a hard time because they had friends among the competitors. (I had no such problem.)

Two of the five teams excelled in frying, while others showed a bit more creativity or had prettier presentations. The Israeli teammates went all out, decorating their plate of herbaceous green latkes with a red pepper holding nondairy sour cream topped with chopped chives, a Romanesco floret placed in the center of a tomato cut into a flower, a small mound of guacamole on top of an avocado slice, a sprig of mint, slices of fried eggplant and a half moon of raw onion (yes, you read that right). This plate was overly complicated and needed a culinary editor. I’ve watched enough cooking shows to know that no garnish should be there just for looks; it should be as edible as everything else. So despite all of the effort that went into the components, when it came to taste and creativity, I had to go on the latke alone. This team came in second.

I ruled out two of the entries immediately: one latke that was undercooked on the inside, and one whose batter was reduced to mush, giving it a rather unlatke-like texture.

Fruchtman team’s “East Meets West” entry had so many things in it, I was a bit wary. Ingredients included green onions, balsamic vinegar, sesame seeds, garlic, onions, sesame oil, chili lime spice and potato chips with a topping of nondairy sour cream, horseradish and Jack Daniel’s. But I was pleasantly surprised by the result, mostly because it was expertly fried. It ended up placing third.

The judge’s scores were added together to tally the final results. The winning entry, also expertly fried, was made by Larisa Bukh (who acted as executive chef), Lynn Zeidman and Susan Wang. Their latkes had green onion, garlic salt and were topped with an “aioli” made with avocado, horseradish and sun-dried tomatoes. Bukh wanted to decorate the latkes with some sriracha chili sauce, but Wang wasn’t in favor, so Bukh just dotted it on the plate.

She said the approach was to figure out what went well together, taste some fried bits early on and add seasoning to improve the flavor. Though other teams had better presentations, Bukh said, her teammates “fried really well.”

Zeidman said she had prepared for the competition with intention. “I watched ‘Chopped’ while exercising this morning.” 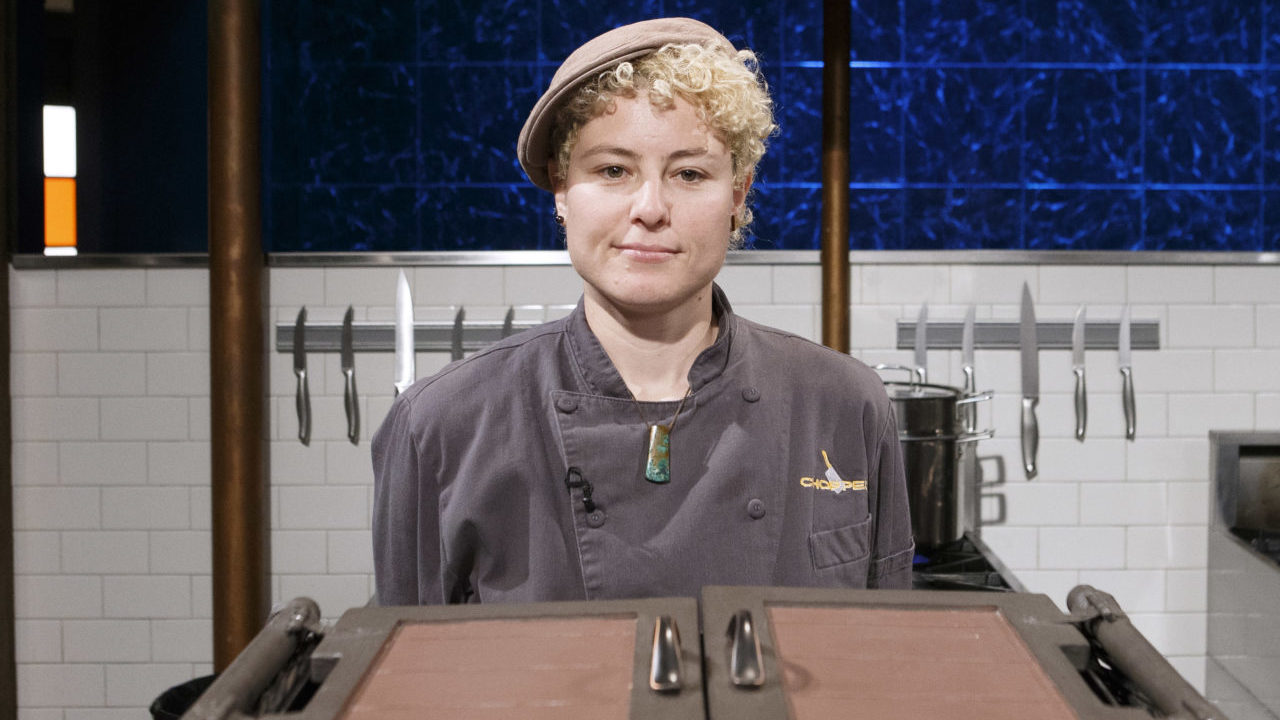 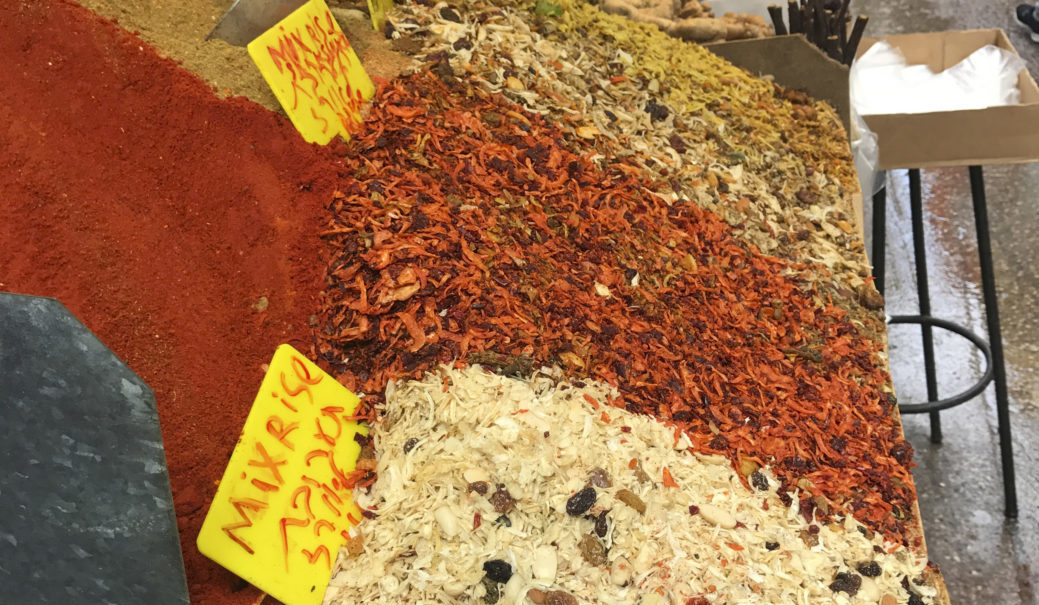 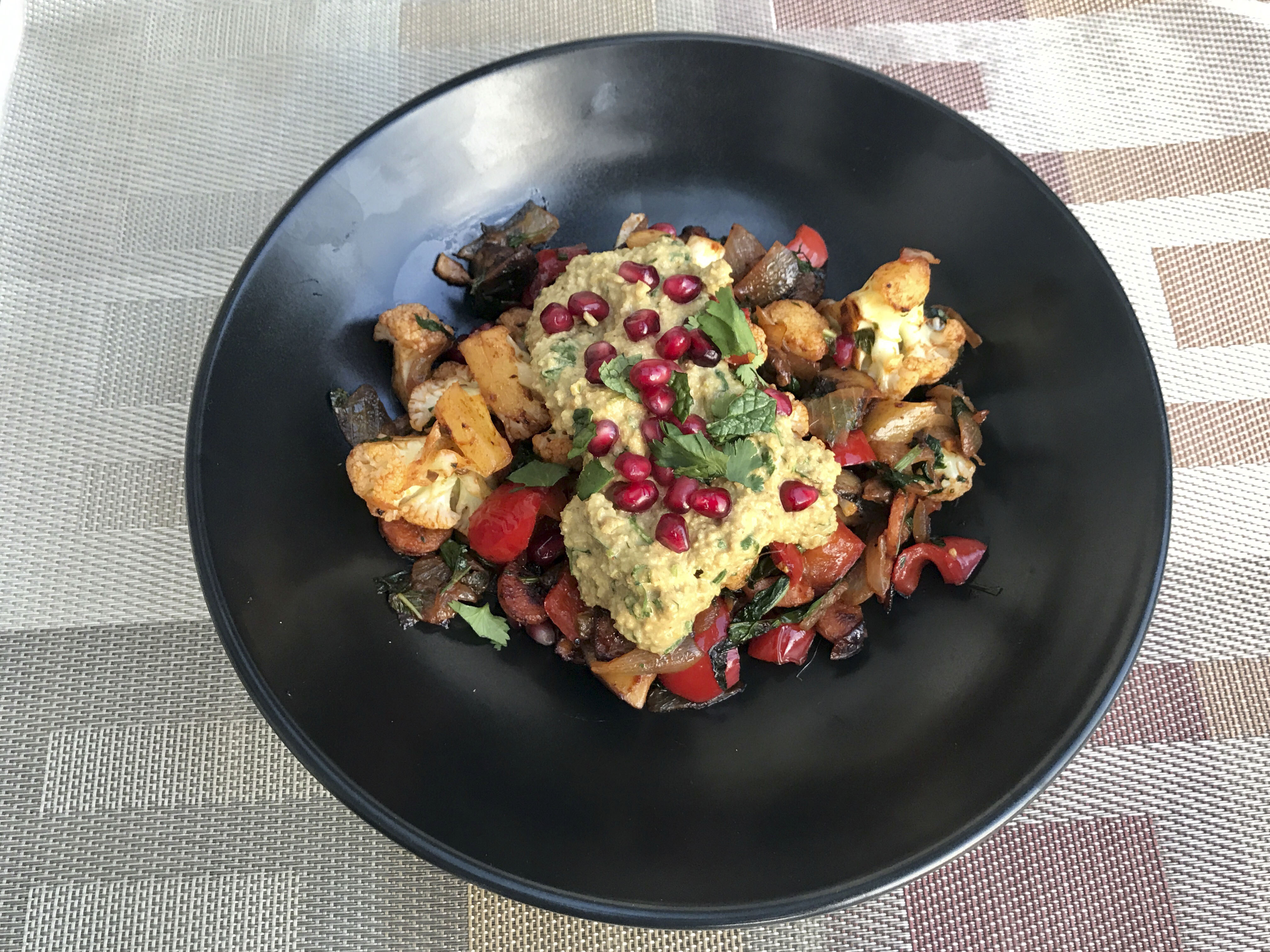