Ah, we humans and our machines. We can’t live with them, can’t live without them. After all, who hasn’t been tempted to throw a malfunctioning cellphone across the room?

Our love-hate relationships with everything from vacuum cleaners to smart speakers is on full display in “Contraption: Rediscovering California Jewish Artists,” a group show opening Thursday, Feb. 22 at the Contemporary Jewish Museum in San Francisco.

The work of the show’s 16 artists — nine still working in California, seven deceased — gives voice to a deep-seated ambivalence toward technology and mechanization that dates back to the Industrial Revolution, or earlier. Have machines been a boon or bane to our existence? Or can they co-function as a blessing and a curse? That’s a salient question many of the artists in the exhibit seem to be asking.

But it’s far from the only critical question asked by the painters, sculptors and others.

“Contraption” curators Renny Pritikin, the CJM’s chief curator, and Mark Dean Johnson, professor of art at San Francisco State University, also challenge museumgoers to consider whether there are any particular Jewish aesthetic perspectives in relation to machinery and technology.

All of the artists in the exhibit were either born and raised in the Golden State, or spent a majority of their working lives here. And all of them seem to have a certain preoccupation with machines and their complexities.

Did this stem from their forebears’ working-class experiences as sweatshop and factory workers in New York and other large U.S. cities during the early part of the 20th century? Was it simply their proximity to a manufacturing base as a mostly urban-dwelling population? Or was their focus on how the machines squeezed the life out of immigrants who, day in and day out, eked out a living on them?

Rachel B. Gross, the John and Marcia Goldman Professor of American Jewish Studies at San Francisco State University, posits another plausible theory. Jews, she says, have always been interested in contraptions. As she writes in “Moving Parts: Contraptions and Jewish Traditions,” an essay included in the exhibit’s catalogue, what, after all, are tefillin (phylacteries), an eruv (a circumscribed urban boundary created by Shabbat-observing Jews) and the Talmud but Jewish “contraptions” that resolve “religious dilemmas through the particularities of symbolic logic?”

“I could watch a machine do something robotically for hours. I think they have souls,” says Sheri Simons, a longtime California artist and professor of sculpture at Chico State University. Her large-scale sculptural objects often relate to sound and movement, and for “Contraption” she contributed a massive device called a phonautograph, a 30-foot-long conical structure that translates sound waves into pictorial representations with a stylus that records voices on a rotating, soot-covered drum.

“I love when they break, misfire, develop squeaks, wear out, misbehave,” she says. “When Frankenstein was just a well-behaved being with no self-will, he was referred to as ‘the creature.’ When he took life into his own hands, he became ‘the monster.’”

Growing up in a working-class Jewish home just outside of Detroit, she remembers taking field trips to the Ford plant and other factories. The scale of objects she saw left a lasting impression on her, and she developed a notion that “we are really small, and we make these enormous things.”

Objects of significant scale and complexity took on metaphysical and cultural dimensions for Simon, as well. As a child, she developed an interest in traditional Judaism and attended an Orthodox synagogue —on her own, she says.

She recalls how she “loved the ceremony and performative nature of objects” in the temple.

Another artist in the exhibit is Bernie Lubell, who makes large-scale, wood-based machines that become ever more complicated as wheels, cogs, cranks, pulleys and other parts are added to the mix.

“I love machines,” he says, “but they’ve taken over our lives, and I’m not thrilled about that.”

The S.F.-based artist’s “Theory of Entanglement,” which assumes a huge space in the show, invites visitors to pedal two bicycles that will generate the movement of “Theory.” What they will soon discover, however, is that while gears shift in response to human exertion, there will be very little output for all the energy expended.

It’s all about accommodation — the things you do to make something work — says Lubell, not about whether those things work well.

This process of “cobbling [things] together out of failure and necessity,” Lubell says, is not unlike the immigrant experience or the plight of American workers engaged in “lots of work for relatively modest means.”

Annabeth Rosen, a professor of art at UC Davis, has a piece in the exhibit titled “Wave II.” It’s 12 feet long, 6 feet high and 3 feet wide, and described in the catalogue as a “slurpy platter of bulbous seaweed and macaroni.”

Rosen said her working-class Brooklyn Jewish family strongly influenced her art and ethos. Her father, a carpenter and tinkerer, worked at the Brooklyn Navy Yard. Her mother, “a fantastic dressmaker,” subsequently went back to college and ended up teaching at the Fashion Institute of Technology.

“There wasn’t much idle activity,” Rosen says of her family’s home life in East Flatbush. It was all about working hard, baking, mending, cleaning, washing dishes. She says she fell in love with ceramics because it required “hard physical labor.”

“Contraption” also includes the work of deceased artists, such as L.A.-based painter Edward Biberman, who addressed issues of labor and social inequality, and Southern California-based mid-century painter Boris Deutsch. The contributions of Rube Goldberg, famous for his satirical drawings of highly mechanized inventions — and to whom the CJM will devote a separate show, opening on March 15 — also receives due consideration in “Contraption,” which is scheduled to run through July 29. 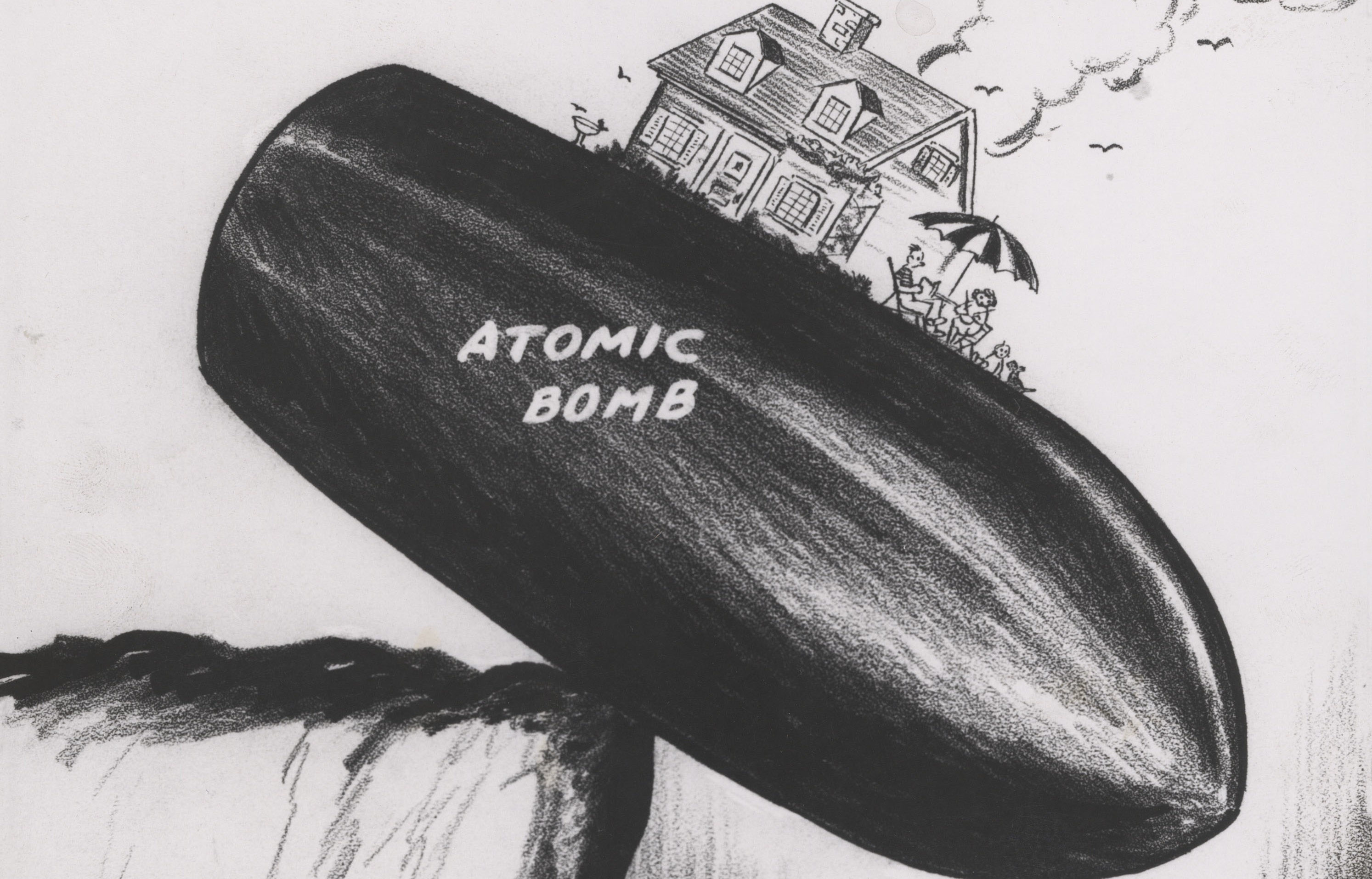 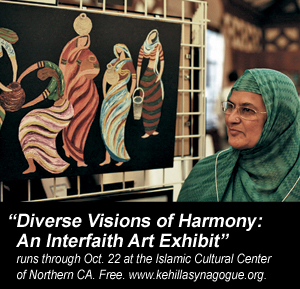