Eat matzah in public to declare your Jewish pride

In a few weeks, I will be leading Congregation Emanu-El’s annual 10th-grade trip to New York City. As part of the immersion into that American Jewish nirvana, our group will dine at a Jewish deli — so the kids can experience the joy of pastrami on rye and having the rabbi berate them if they dare ask for mayonnaise.

Given health concerns and changing tastes, Jewish delis are becoming an endangered species. To survive, many have moved upscale, with some charging more than $20 for a single pastrami sandwich.

This process of turning something that was simple and basic into a gourmet item exemplifies how we tend to romanticize parts of our impoverished past. In the past, people would eat cured meat as an inexpensive way of insuring the food was safe to eat (cured meat takes longer to spoil). The same was true of blue jeans, which transitioned from practical clothing for the working man to, oftentimes, an expensive fashion statement. Both jeans and the Jewish deli went from prosaic to cool.

In just a few days, we Jews will engage in the practice of eating a food that has never been cool, but throughout the ages has remained symbolically powerful — matzah.

We eat it for Passover and remember yetziat Mitzrayim, the going out from Egypt. As we hold it up at the seder we will declare, “Ha Lachma Anya di achlu avahatana b’ara d’Mitzrayim. This is the bread of affliction, which our ancestors ate in the land of Egypt.”

Matzah serves as a reminder of our humble beginnings. It is an unleavened bread eaten by an unleavened people; we are charged to remember where we came from and then measure our lives by how we respond to that memory.

I know that many of you will only eat matzah at the seder. As one who does not appreciate its tastelessness, I nonetheless think it is essential that we follow the holiday’s mitzvah to eat this poor person’s food not just at the seder but throughout the entire week of Passover.

To help make that happen, I want to see matzah follow in the footsteps of pastrami and corned beef. I want to up its coolness factor — not with flavors (we certainly don’t need Cheetos flaming-hot matzah), but by reminding ourselves that this simple food is a radical, in-your-face statement of Jewish identity.

Whether you eat shmura matzah (the round, handmade variety) or machine-made matzah, or even gluten-free matzah, you are participating in something cool — a public form of resistance that challenges a society that pushes for conformity.

When you eat matzah outside, it’s like a public mezuzah. Especially for those who don’t wear a kippah, suddenly your colleagues are reminded that, despite your techy T-shirt or business suit, you are different — you are a Jew! And with each taste of this distinctive food, you connect with the central message of Passover: Avadim hayinu, v’atah b’nai horin. We were slaves and now we are free.

The public eating of matzah is a reminder not just to us but to those around us that we are a minority in this country, just 2 percent of the population. And we are still oppressed, even here in America. While anti-Semitism is nowhere near as prevalent here as it is in Europe or the Arab Middle East, where one would hesitate to eat matzah in public, or in Russia, where President Vladimir Putin recently tried to blame Jews for hacking the U.S. elections, it is still present.

There is a reason why Jewish institutions such as Congregation Emanu-El have to pay for guards at the front gate, while the church across the street leaves its doors wide open.

When we American Jews eat matzah in public during Passover, we join with generations throughout Jewish history who have consumed it as an act of resistance. It recalls our oppression and then redemption. Like the hanukkiah in the window and the mezuzah on our doorpost, when we eat matzah in public we call out “Hineni, here I am,” a proud American Jew.

I want you to recall with me that my ancestors were wandering Arameans who went to Egypt and sojourned there. Avadim hayinu — we were slaves. v’atah b’nai horin — but now we assert our freedom, our pride and our determination to stand up against all hate as we embrace the joy of life.

Passover starts this week … be sure to pick up a lot of matzah! 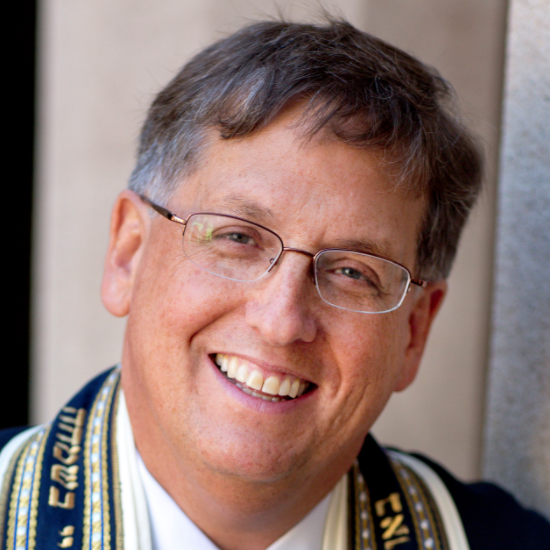 Rabbi Jonathan Singer is the co-senior rabbi of Congregation Emanu-El in San Francisco.