‘Joyfulness’ on the agenda for Limmud Bay Area 2018

Though it was almost a decade ago, Mila Wichter still remembers walking into her first Limmud festival in Los Angeles after being invited by a friend.

“I saw something very different,” said the Walnut Creek resident about the intensive Jewish learning program. “It was not like any other conference or Jewish event I had been to.”

She assumed such an innovative conference must have originated in the Bay Area and was determined to get involved when she got home. But she quickly discovered that Limmud hadn’t reached here yet.

So in 2012, Wichter gathered together a group of friends to stage the first Limmud Bay Area, which was held that year and the next at the Asilomar Conference Center in Pacific Grove.

Today Wichter is the founder and president of Limmud Bay Area, which draws several hundred people for an annual weekend of learning, conversation and ideas. This year it will take place June 29 to July 1 at Sonoma State University, where the gathering has been held since 2014 (except for last year, when scaled-down Limmud events allowed the team time to reorganize for this year).

Limmud started 37 years ago in England and is now a global phenomenon held in more than 80 cities around the world. Despite its growth, it remains a grassroots endeavor and is almost all volunteer-based, including among the presenters, who typically are not paid.

No one wears titles on their name tags, which “levels the playing field,” Wichter said.

“There’s a sense of everyone creating it on the spot, and there’s a sense of joyfulness that we’re creating something together, regardless of who we are,” she said. At previous Limmuds, Wichter recalls seeing a child teach an older woman how to braid a challah, and an esteemed professor fully engaged in conversation with a teenager.

The offerings this year include a Jewish farmer talking about how to grow organic vegetables, a whiskey tasting, sessions called “Proudly Not Jewish: How Not Being Jewish in Your Own Jewish Family Is Awesome” and a practice of yin yoga and Mussar. Together.

Wichter said there are several overarching themes. One is the history and experience of Mizrachi Jews (those from Arab countries). Another is Israel at 70, with a number of presenters coming from Israel. There are also some educators from Bina, Israel’s secular yeshiva in Tel Aviv.

Another highlight will be a focus on the Jewish media, featuring five Jewish journalists from around the country. J. editor Sue Fishkoff will lead a workshop with Sara Weissman, editor of the national Jewish student publication New Voices, on “The Future of Jewish Journalism: Can Jewish Media Survive Millennials?” JTA editor Andrew Silow-Carroll will present a session on BDS and anti-Semitism, and Esther Kustanowitz, founding editor of the website Grok Nation, will present a session on Jewish themes in TV shows, as well as an improv workshop.

Despite what is often described as a dire era for journalism, Weissman, a recent graduate of UC Berkeley and former J. intern who now lives in New York, said she felt it was an exciting time to enter the field.

“You hear a lot about the doom and gloom in journalism and the direction it’s going, but there’s a really positive flip side, too, that there’s such an appetite for news right now,” said Weissman. Among her millennial peers, she said, “There’s such a desire for content, good content, and so many different avenues that publications can use to reach their readers that weren’t available before. So for all the challenges that that presents, it’s a deeply exciting time with all kinds of new opportunities for Jewish media.”

This will be Weissman’s first Limmud, and she said she’s always happy to have an excuse to return to the Bay Area but particularly in this context.

Limmud events are known for their pluralistic nature. That makes them one of the few conferences in the Jewish world where the most observant and lesser observant can feel at home. There is a multitude of prayer spaces and options, and yoga classes taking place during Shabbat services with a mechitza.

During last year’s iteration — called “A Taste of Limmud” — an Orthodox rabbi, a Conservative rabbi and a female Renewal rabbi all joined together to say the Shabbat prayers together, Wichter recalled, saying “This wasn’t planned; it just happened.”

“What is happening all over the Bay Area is showcased at Limmud,” she added. “Our hope is that when people come and have a great time, they find something that touches them, that they are able to make a connection, or maybe volunteer with a new organization or get engaged in something new. This is a great chance to see what this fabulous Jewish Bay Area has to offer.” 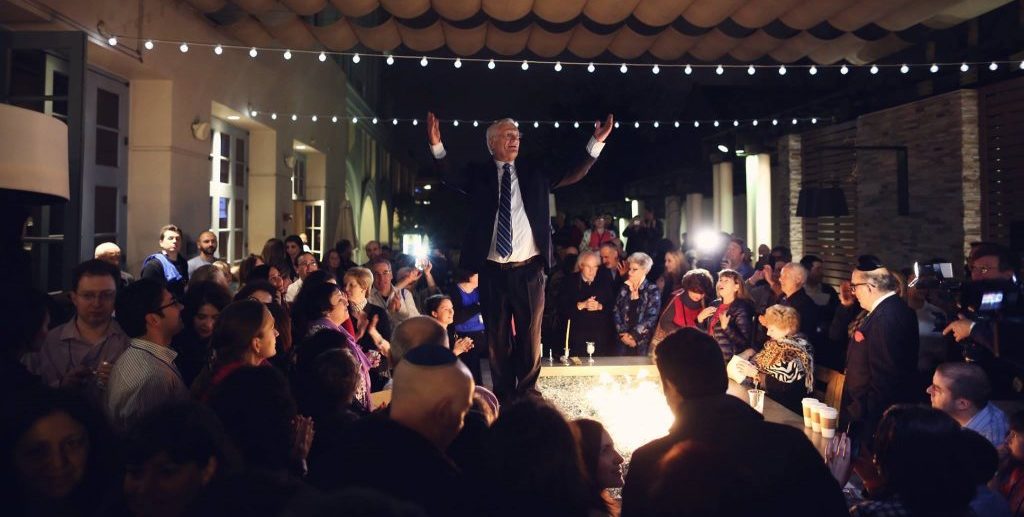