Rita Kuhn insists she is not really a talker, but that doesn’t mean she has nothing to say. She has plenty — just look at her recently published 332-page book.

“Another Ruth,” the first novel by the 90-year-old Berkeley resident, weaves complex historical markers into a tale of fiction. On the one hand, it is a tribute to her mother, Frieda, who like the biblical heroine in the title also converted to Judaism and inspired the main female character. On the other hand, it is a love story about two people from different worlds who meet at a dance, develop a courtship and are forced to confront the political realities of Germany and their own values during a period that Kuhn describes as “a world gone mad.”

“My father would later say about my mother, ‘She fell so well into my arms so I thought she would fall well into my life,’” says Kuhn. “She was 20 years old when they met.”

Kuhn didn’t set out to write a novel. (She’ll be signing books on June 24 at Afikomen in Berkeley.) An avid reader who received her doctorate in comparative literature from UC Berkeley in 1984 when she was 56, she says the idea came to her as she read “Pride and Prejudice,” complete with its share of dysfunctional family drama. She thought, “I could write a book like that and have a functional family under the worst of circumstances.”

Drawing from her mother’s optimism that helped her family survive; childhood memories, such as her father’s love of music that figures prominently in the novel; and family photos and heirlooms, “Another Ruth” traces the lives of Klara and Lev from 1920 to 1927, the year of Kuhn’s birth.

Though Frieda was a petite woman, coming up only to her husband’s shoulder, Kuhn describes her as possessing great inner strength and being a devoted mother to her son and daughter.

“She let us be ourselves,” the author says. “I never saw her angry. She was an angelic mother, a brave mother.”

Frieda had to be. Raising her children during the Shoah — Kuhn prefers the Hebrew word rather than the Greek word Holocaust — meant keeping them safe at all costs. One trying incident involved the imprisonment of Kuhn, her brother and father in 1942.

“We didn’t know if we would see her again,” Kuhn says about her mother. “The SS had us in a school with other Jews. We expected to be deported. Then we heard a woman crying outside. ‘Give me my children. You can’t take my children.’”

While the biblical Ruth lived Jewishly long before she converted to Judaism, Frieda’s journey was more progressive, developing over time. She was exposed to Judaism early on through her many Jewish friends; years later she began to study it and embraced it before she married — in part because she grew ashamed of being German.

If Frieda was the optimist in the family, Rita’s father, a banker, was the realist.

“He had to be that way,” Kuhn explains. “He could lose his job at any time.” And, in fact, he did. Kuhn recalls her father taking her to parades where Hitler marched so she would know who her enemies were, and telling her and her brother that they had to be quiet when walking in the streets because people didn’t like Jews.

“I didn’t know until then that I was Jewish,” she says.

The writer’s additional remembrances of 1930s Berlin include, most notably, the Night of Broken Glass. Here again, Kuhn prefers the English term to Kristallnacht, which was used by the Nazis and refers to the wave of violence that took place throughout Germany, annexed Austria and other areas occupied by Nazi troops.

“I always say it was the end of my childhood,” she says about the 1938 tragedy. It was such a pivotal moment in her history that Kuhn used it in the title of her memoir, “Broken Glass, Broken Lives: A Jewish Girl’s Survival Story in Berlin, 1933-1945,” released in 2012. She also spent 30 years sharing her story with thousands of schoolchildren.

“We have so many festivals about Jews that happened so many years ago,” Kuhn says about the importance of telling stories about the Shoah. “We are taught that silence is golden, but it can also be lethal. I urge people to talk about their experiences. There is no past or future. History is now and you can be part of it.”

The author will sign books at 3 p.m. Sunday, June 24 at Afikomen Books in Berkeley. 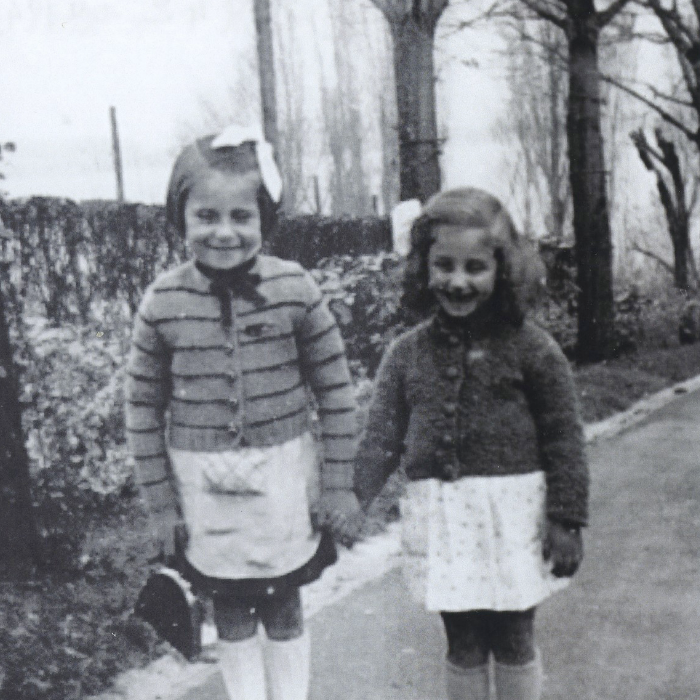