Legendary screenwriter made pre-state Israel his cause célèbre

Ben Hecht was a triple threat. A Chicago newspaperman who co-wrote “The Front Page,” an astonishingly prolific and successful Hollywood screenwriter, and an ardent Zionist who supported the pre-Israel paramilitary organization Irgun in words and deeds.

But in a much longer book, Gorbach, a former police reporter turned journalism professor, uncovers a less-told story. He has a special feel for Hecht’s adventures covering the Chicago underworld — and his unlikely late-life alliance with celebrated Los Angeles mobster Mickey Cohen.

The newspaperman earned his stripes covering gangsters like Al Capone, and later paid indirect homage to him in the pioneering 1932 crime drama “Scarface,’’ long before Oliver Stone got into the act. Gorbach is especially acute in tracing Hecht’s “notorious’’ predilections. (He takes his title from the Hitchcock thriller, starring Cary Grant and Ingrid Bergman, which Hecht also penned.)

Gorbach makes connections between Hecht’s rebellious youth and the journalistic instincts that led him to take up the cause of German Jews. He did so at a time when it was being downplayed by the Roosevelt administration, particularly the State Department, and even by such newspapers as the New York Times and Washington Post.

But Hecht’s lifelong identification with the underdog helps explain his alliance with Vladimir Jabotinsky’s Revisionist Party, dismissed as rabble-rousers by David Ben-Gurion and Chaim Weizmann.

And Hecht’s contempt for timid political responses paralleled the cavalier way he treated Hollywood moguls. (He famously worked as a script doctor on “Gone with the Wind’’ but didn’t bother to read the book.)

Gorbach recounts Hecht’s mounting of an all-star anti-genocide production, “We Shall Not Die,” with Billy Rose, Moss Hart, Kurt Weill, Edward G. Robinson and Paul Muni, only to find himself snubbed by such representatives of official Jewry as Rabbi Stephen Wise and the World Zionist Organization.

To make matters worse, after the tragic aftermath of the war, Hecht allied himself with the violent Stern Gang and the Irgun, defending the bombing of the King David Hotel in 1946 that killed dozens of innocents in addition to the British officials stationed there. In a speech at New York’s Hotel Astor, he drew a line in the sand: “Today there are only two Jewish parties in the field — the Terrorists and the Terrified.’’

Hecht’s angry screed, “Letter to the Terrorists of Palestine,’’ further fanned the fire, alienating former allies in Hollywood and organized Jewry alike. “Whatever happens let us stay in the good graces of our enemy … seemed a peculiar technique for a revolution,’’ Hecht responded, with simmering scorn.

Gorbach explains Hecht’s ill-advised alliance with gangster Cohen, whom he recruited to run guns to the Irgun, as his way to reconnect with the outlaws whose company he enjoyed, and romanticized, back in Chicago.

He wasn’t always right, though he rarely doubted his own convictions.

But it’s worth asking why Hecht’s brash, bracing voice is being reconsidered at a time when politics and culture have been reduced to numbingly repetitive talking points.

What would Ben Hecht think of Bibi? It’s hard to say. But most likely he’d go his own way. 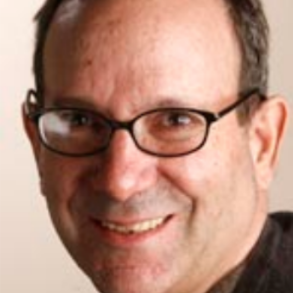 Paul Wilner is a veteran journalist, poet and pop culture critic. He is the former editor of the San Francisco Examiner Magazine and managing editor of the Hollywood Reporter.