Gil Hovav is well known in Israel as a TV food personality, chef, food journalist and writer. He also has a reputation as a storyteller, and the stories he loves to tell to audiences everywhere are not about food, but about his famous, and famously eccentric, family.

“I give a lot of lectures about them in Israel and also abroad,” he said. “And I’m always the person who laughs the most. It’s just another present I got from my family. They planted this self-love in me that I love my own jokes.”

Hovav is the great-grandson of Eliezer Ben-Yehuda, who modernized the Hebrew language. His late father, Moshe Hovav, of Yemenite descent, was the chief news announcer and head of radio at the Israel Broadcasting Authority. His was often the voice that Israelis heard announcing the news, and he became known as “the voice of God.” Gil’s mother, Drora, of Ashkenazi descent, was a founding member of Israel Radio.

“While on the one hand, there were these important figures in Zionism in my family. On the other hand, [life with them] was funny, and they were terribly pretentious,” he said by phone from his home in Tel Aviv. “They always had this feeling they were involved in creating and establishing the state, which was true. But they were also dreaming of new tiles in the bathroom.”

Hovav will appear at 7 p.m. Wednesday, May 8 at Hillel at Stanford. His talk is free, but registration is requested. He’ll also address Hebrew speakers at 8 p.m. Thursday, May 9 at the JCC in Palo Alto, about his great-grandfather and family (tickets $18-$20). And then, since his cousin happens to be Zvi Weiss, head of school at Yavneh Day School, Hovav will drop by one day to teach the students how to make hummus.

It starts with a strange encounter in the market: disco colored cauliflowers!!! What can one do with them? Aha! Swipe! Fresh cauliflower salad with pine nuts, lemon and cilantro (because we live for cilantro.)

Hovav, 57, spent much of his career as a restaurant reviewer for the Yediot Aharonot newspaper. He is also a prolific cookbook author and best-selling novelist, and he helped create several successful TV food shows in Israel (before reality shows existed, he says). His website features recipes from all of the diasporic Jewish communities that immigrated to Israel. Though the website is in Hebrew, his Instagram is in English, and he’s thinking of doing an English podcast. He said the only thing stopping him is that he hasn’t bought the microphone yet.

But he didn’t become the food lover or expert he is today from his family of origin.

“We called it jail food. We ate the simplest dishes you can imagine,” he said. “When I grew up, I wanted to experience all of the other stuff that I saw in restaurants. The reason I cook is to remember my grandmother, and the way I cook is like an elderly aunt. This is a great compliment I just gave myself. The best dishes come from a pot with a lid in a red sauce, preferably served by a woman over 80.”

With memories of such simple food growing up in Jerusalem in the ’60s and ’70s, what does Hovav think of the fact that Israeli cuisine is so internationally trendy? “Israeli food is the right food for this time. It’s very Instagram-friendly, the colors are very strong, and it’s healthy and quick and bold and usually over the top.” Israeli cuisine is “so rich and diverse and surprising.”

The reason I cook is to remember my grandmother, and the way I cook is like an elderly aunt.

As for recommendations on who is making the best Israeli food now, he said it’s nearly impossible to offer such advice because places are opening and closing all the time.

“Do not take recommendations from your friends who were there three years ago,” he said. “Those places are probably gone by now.”

Of course, Mahane Yehuda, the outdoor market in the heart of Jerusalem, remains a must, and it’s improving all the time.

“It’s amazing, the transformation it’s gone through,” he said. “I don’t like when markets are being gentrified; they lose their truth. But that market just keeps getting more wonderful.” He says to go at night when it’s filled with bars and restaurants.

With all of his experience on the Israeli culinary scene, Hovav frequently circles back to the topic dear to his heart: his unusual but always entertaining family. He describes the women who brought him up as “eccentric and colorful and dramatic and over the top.” He’s so taken with the family that he published a trilogy of memoirs that includes stories and recipes. The third book, “Candies from Heaven,” has been translated into English.

While Israel is definitely home, returning to the Bay Area is a bit of a homecoming for Hovav. He lived here for three years in the ’90s while his husband did a postdoc at Stanford. Though his main job then was West Coast correspondent for an Israeli newspaper group, he also wrote a column about life in the Bay.

“At that time, it was important for me to write about a gay person who is in a relationship to show [younger LGBT people] that life is good and that everything is possible.” 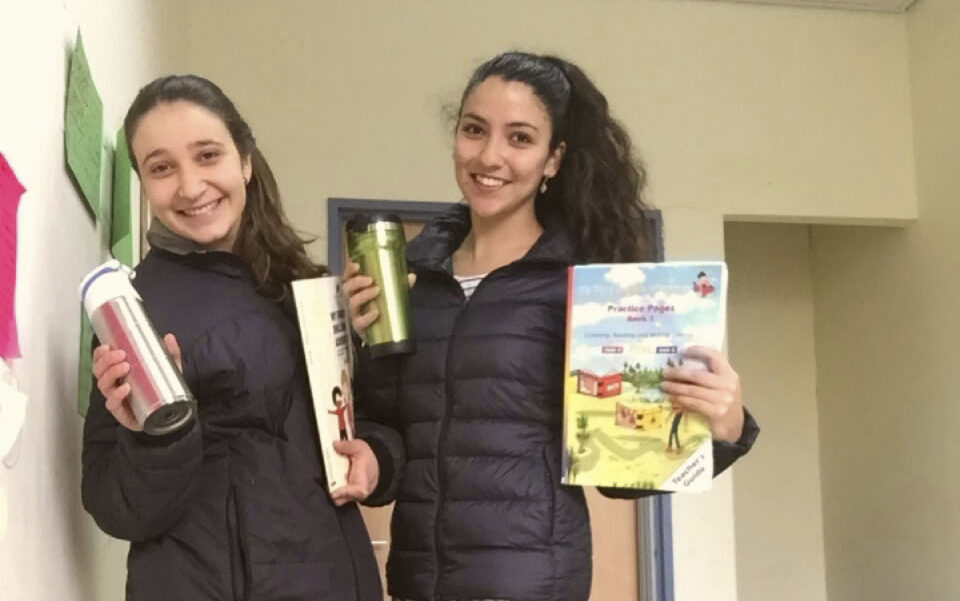