In a letter, Zerman said the decision “alienated a vast majority” of Jewish students, “drained the legitimacy and moral authority” of the student government and revealed a culture of anti-Semitism at the university.

“It was the right decision” to resign, Zerman wrote in a text message to J. “It took a lot of blood, sweat and tears to get elected to UC Berkeley’s student government as an openly Zionist Jewish student. But it’s come to a point where the ASUC is no longer an institution I can affiliate myself with in good conscience.”

The resolution, struck down on Feb. 10 by the ASUC External and University Affairs Committee in a 4-1 vote, called for condemning a photo display that includes photos of two Palestinian women involved in deadly civilian bombings and hijackings of planes going to and from Israel.

The photos are displayed in the shared office space of Bears for Palestine, a campus group that promotes Palestinian history and culture.

In his resignation letter, which was shared with other members of the student senate, Zerman said he will now refocus his efforts on helping more Jews and moderates get elected to the Associated Students of the University of California.

Zerman, a member of the Berkeley College Republicans and Tikvah: Students for Israel, has himself been a source of controversy. At a Feb. 3 vote for his resolution, which was later tabled after the meeting devolved into chaos, Zerman described the Bears for Palestine as “godless,” according to the Daily Californian.

Though the resolution had the support of some pro-Israel students, a number of Jewish students distanced themselves from Zerman.

In an opinion piece published yesterday in the Daily Californian, Jewish student Josh Burg said Zerman’s resolution was ironic considering some of his past activities, including last November when Zerman urged students to attend a campus lecture by conservative media pundit Ann Coulter. Coulter has peddled in anti-Semitic conspiracy theories, Burg wrote, calling Jews “globalists” and claiming they are encouraging Muslim immigration to the United States.

Burg also pushed back on Zerman’s claim that UC Berkeley is anti-Semitic. “Jewish life on this campus is thriving in many ways,” he said.

“Some Jews have been oddly comfortable cozying up to right-wing voices,” he continued. “What is actually dangerous to Jews? Are a few pictures on the third floor of a room dangerous? Or is cozying up to Ann Coulter? There needs to be a much larger conversation about our values.”

On Tuesday night, Berkeley Chancellor Carol Christ responded more fully to the turmoil, issuing two nearly identical letters written to both sides — those who opposed the resolution and those who supported it.

Christ wrote that the display of Palestinian militants “who killed unarmed Jewish civilians… is an affront to our Principles of Community.” In the next sentence, she denounced an inflammatory comment made by a pro-Israel student during one of ASUC’s meetings. 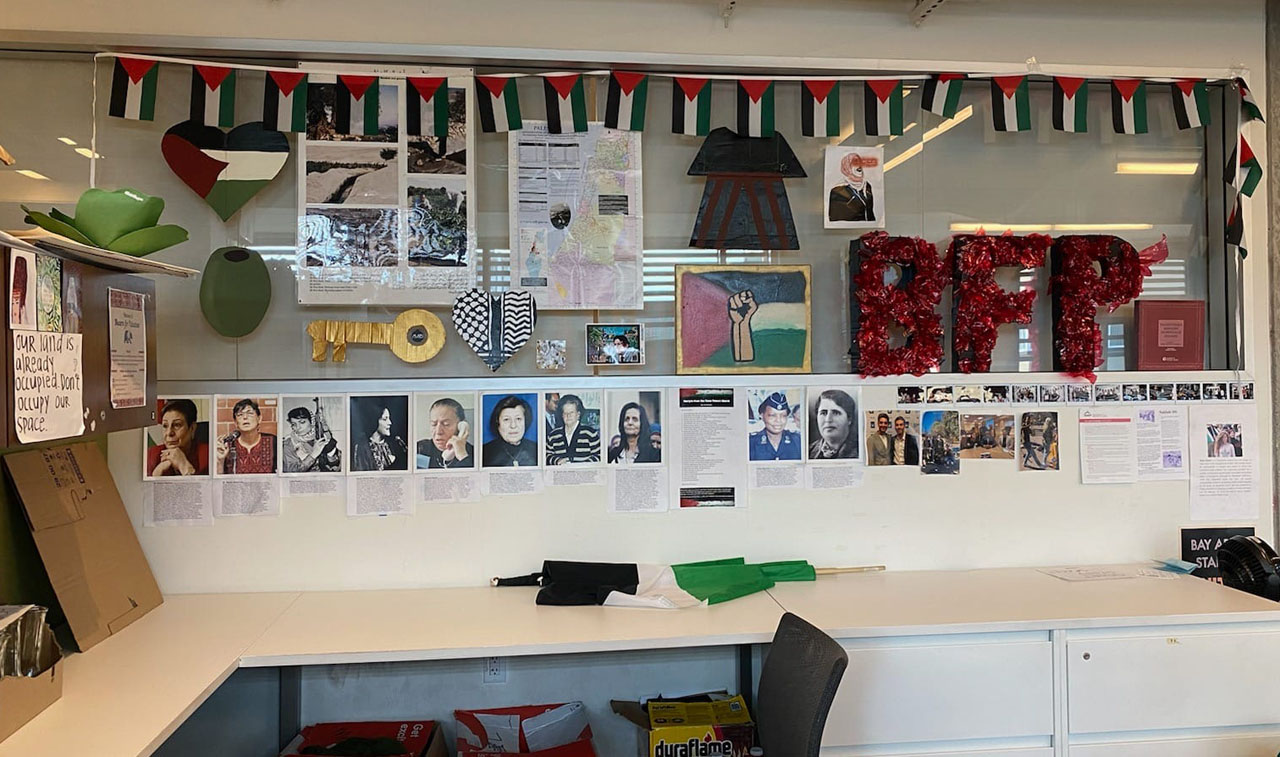 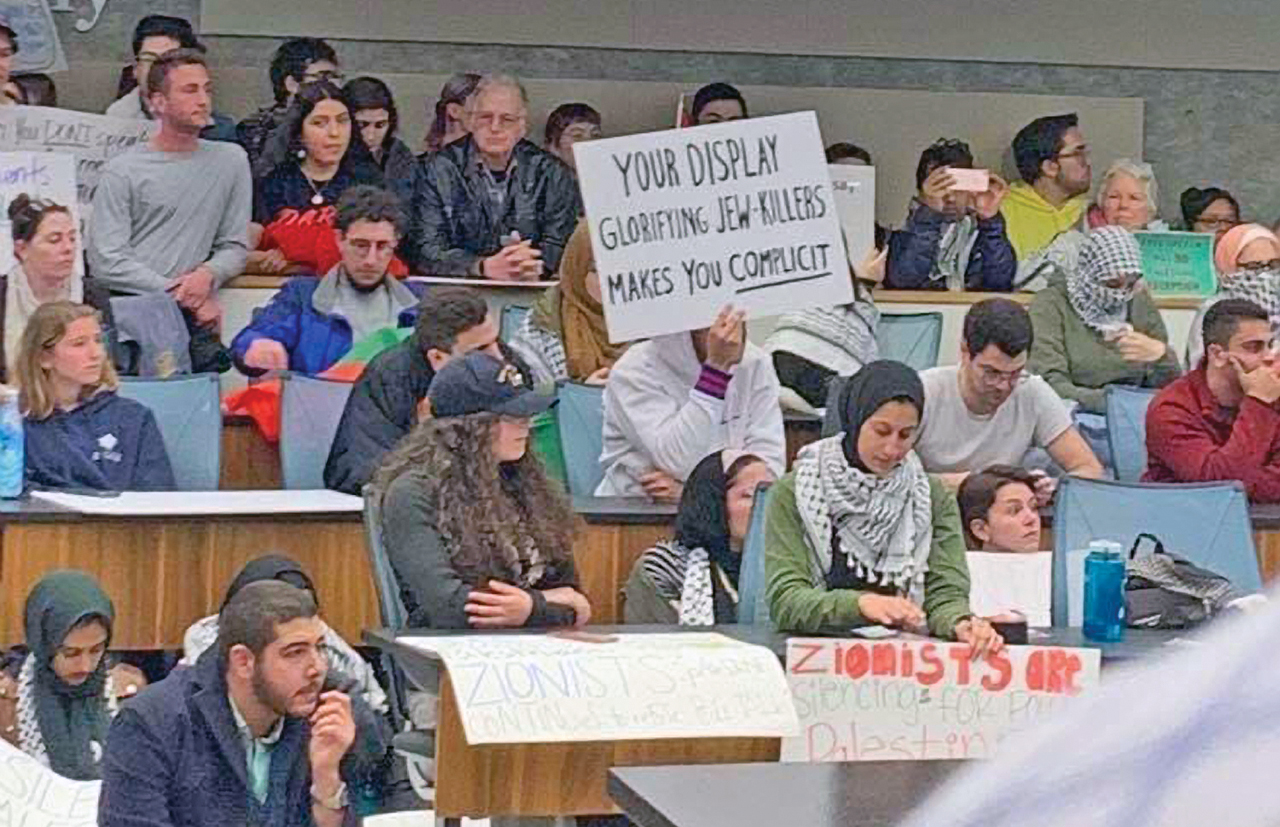 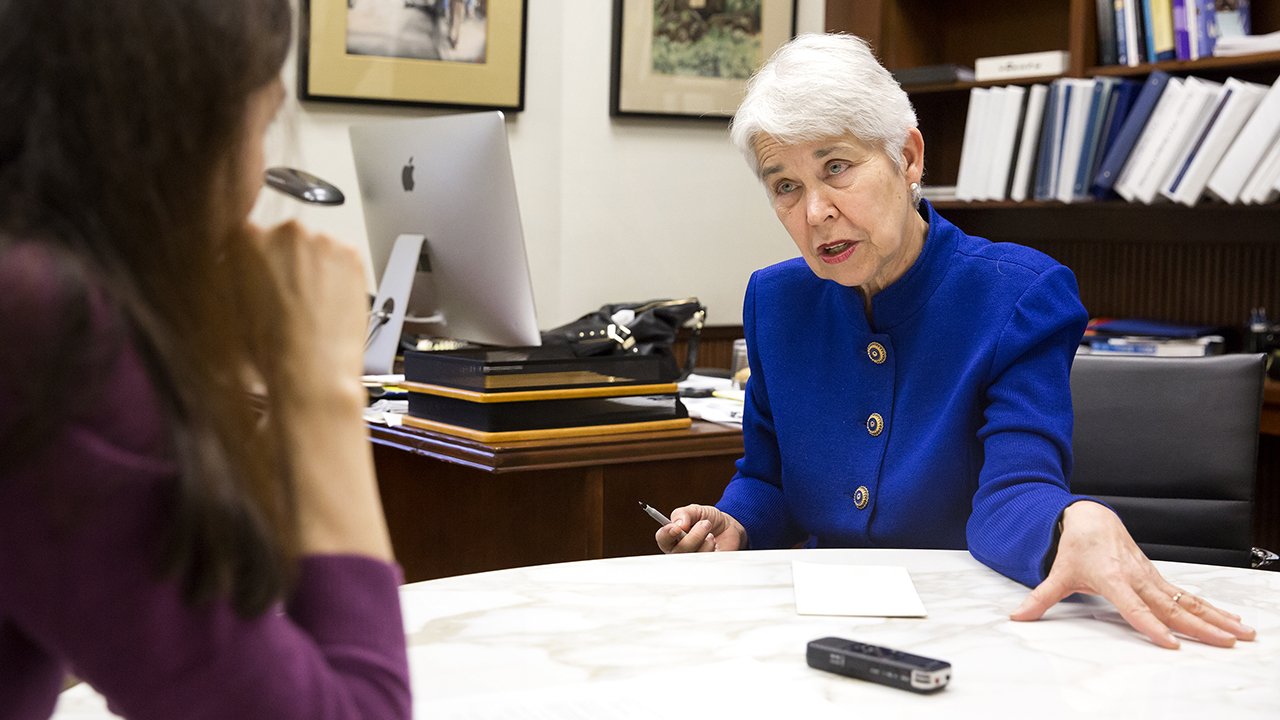