San Francisco Russian Jewish community gets its own center

For nearly two decades, members of the Bay Area Russian Jewish community have been gathering in rented hotel ballrooms and school auditoriums for services and celebrations organized by Rabbi Shimon Margolin, himself a native of Kyiv. Longing for a center of their own, they bid on three different properties in San Francisco, only to be outbid or have their offers rejected. Now, thanks to pandemic-induced upheaval in the real estate market and generous donors, they will have a permanent home.

Russian-speaking Jewish Community of SF Bay Area, a nonprofit umbrella organization, recently bought a building in the city’s Richmond District for an as-yet-unnamed community center. They snagged it for under the $3.5 million asking price, according to Margolin, who leads the nonprofit. The 6,000-square-foot building is located on the corner of Geary Boulevard and 20th Avenue, in a neighborhood where Russian Jews have historically concentrated. The donors who put up the cash to buy the building have chosen to remain anonymous for now.

“Finally, the community has arrived,” Margolin told J. “The immigration [of Russian Jews to the Bay Area] started in the 1980s, and now, 40 years later, we have a place of our own. It’s not just a physical building, but an anchor and epicenter for the community.”

There are 15,000 to 20,000 Russian Jewish households in San Francisco and outlying areas, according to Margolin. Founded in 2003, Russian-speaking Jewish Community of SF Bay Area had been actively shopping for a building for the last six years. The quest became more urgent following the 2016 closure of Hebrew Academy, which had a mostly Russian student body, and of the San Francisco Jewish Community Center’s émigré office the following year. (Jewish Family and Children’s Services took over the JCC programs at the time, but the services it offers today are more limited.) The Jewish Community Federation also ended its direct programming for Russian Jews about two years ago.

The San Francisco Jewish community had “done as much as they could do for us,” said Margolin, 48, adding that he was “forever grateful” for the support that institutions provided to immigrants from the former Soviet Union. He celebrated the fact that his community has “matured” to the point where it can sustain itself, and suggested his organization is actually in a better position than outside agencies to cater to members’ unique needs and predilections.

“Russian Jews are a very eclectic group, with their own political and religious views,” he said. For example, “anyone over 50 tends to be quite conservative politically, which is a big difference from the local Jewish community.” (He estimated that 90 percent of Bay Area Russsian Jews over 50 voted for Donald Trump in 2020.) “So when it comes to engaging another generation of the Russian community, I think it requires a specific knowledge of the ex-Soviet mentality. It requires a specific knowledge of their connection to Israel, their connection to Jewish life.”

In a slickly-produced video complete with drone footage of the neighborhood, Margolin announced last month that 650 families had donated over $200,000 in a fundraiser to remodel and furnish the building. He also said two new Torah scrolls had been commissioned, in accordance with an Orthodox tradition of inaugurating a new synagogue with new scrolls.

One scroll will be donated by Igor and Tatiana Cherkas of San Rafael. Yuriy and Helen Timen of San Francisco pledged to donate toward another, and members of the community will have an opportunity to sponsor a verse for $18. (The new scrolls will cost around $40,000 each, Margolin said.) Last summer, the Timens, who live in the Sunset District and have two young daughters, contributed $10,000 to a camp scholarship program. Their enthusiasm for supporting their community stems from a desire to help younger Russian Jews reconnect with their heritage.

“We believe that our generation living here in the States, we’re leading the spiritual return to our roots,” said Yuriy, who was born in Odessa and moved to California at age 10. “Over the course of the 70 years of the Soviet Union, two generations of Soviet Jews had any kind of Jewish identity torn from their souls. We are raising our children in a home environment that is much more infused with Jewish tradition and customs than the environment my wife and I were raised in.”

The couple — Yuriy, 35, advises tech companies and Helen is a registered nurse — chose to dedicate the Torah to Yuriy’s grandmother, Lora, who died last May and who was “a big fan” of Margolin.

“We know we want our kids to be a part of the center, and when they’re old enough to go, we can tell them that one of the Torah scrolls was commissioned in honor of their great-grandmother. It feels very poetic,” he said.

Another young couple, Joe Polyak and Valerie Mattei, participated in the fundraiser by contributing $10,000 as a matching gift. Polyak, 31, grew up in the Richmond District and works as a real estate agent in the area. He said he learned about the fundraiser on Facebook, saw others matching donations and thought, “If they can do it, I should, too.”

“I get a lot of love from our local community [in the Richmond], so it’s my way of giving back,” said Polyak. “We don’t really have anything just for us in the Bay Area, so I think this is a good thing.”

Polyak, whose family immigrated from Kyiv, did not attend synagogue as a child or have a bar mitzvah, and his wife is Catholic. He said he wants the next generation, including his future children, to have a “better understanding of where they come from,” and he sees the community center as “a vital part of that.”

Galina Yusupov, who also works in real estate, chipped in $25,000 with her business partner, Boris Dimitshteyn. “When we came to this country, my generation, nobody spoke English, and the Russian-speaking Jewish community was very, very important,” said Yusupov, who immigrated from Kyiv, via Austria and Italy, and serves as president of the Russian-speaking Jewish Community of SF Bay Area.

She recalled a time in the early 1990s when she and her family, still new to San Francisco, showed up to a synagogue on Yom Kippur and were turned away because they did not have tickets. “I will never forget how I was standing with all my kids in the street,” she said. “[High Holiday services] should be free for everybody, and we always try to do it free for our community.” (Margolin confirmed that all services held at the new center will be free of charge.)

Yusupov said she was overwhelmed by the level of participation in the fundraiser, calling it a “miracle.” “I hope this 6,000 square feet will fit everybody!” she mused. Looking ahead, she dreams her teenage granddaughters will get married there one day.

The center will not be a typical JCC in the American mold. Most programs, including concerts, lectures and classes, will be offered in Russian, at least initially. Margolin received his ordination from Chabad, so religious services will be conducted in the Orthodox tradition.

There are two other community centers specifically for Russian Jews in the United States, in Los Angeles and Sunny Isles Beach, Florida. While those centers are affiliated with Chabad, the San Francisco one is independent.

Based on the results of a community-wide survey conducted last year, the decision was made to prioritize programming for seniors and youth first. Margolin is currently seeking approval from the city of San Francisco to offer a senior lunch program five days a week. If everything goes according to plan, the center will be able to open for a day camp this summer and will be fully operational by the High Holidays.

Boris Moldavsky, 93, is eager to gather at the center with members of the Association of Russian-speaking Veterans of World War II, of which he serves as president. “When we get old, we’re alone, and some elderly people are not very healthy,” said Moldavsky, who was born in Odessa and has lived in San Francisco for 32 years. “When we will have this place, we can come there and be together, stay a few hours, talk to people, then everything is OK.”

Russian-speaking Jewish Community of SF Bay Area board chairman Felix Vulis of Daly City said that in addition to fostering stronger intra-communal ties, the center will improve the image of Russian Jewry in the wider community.

“In America, we Russian Jews are not always taken seriously by other Jews,” he said. “We’ve been associated with the mob, gangsters, oligarchs. I believe that the center will help to bring our identity to the point where everybody will understand we are good, we are religious, we want to learn Torah and observe Shabbat.” 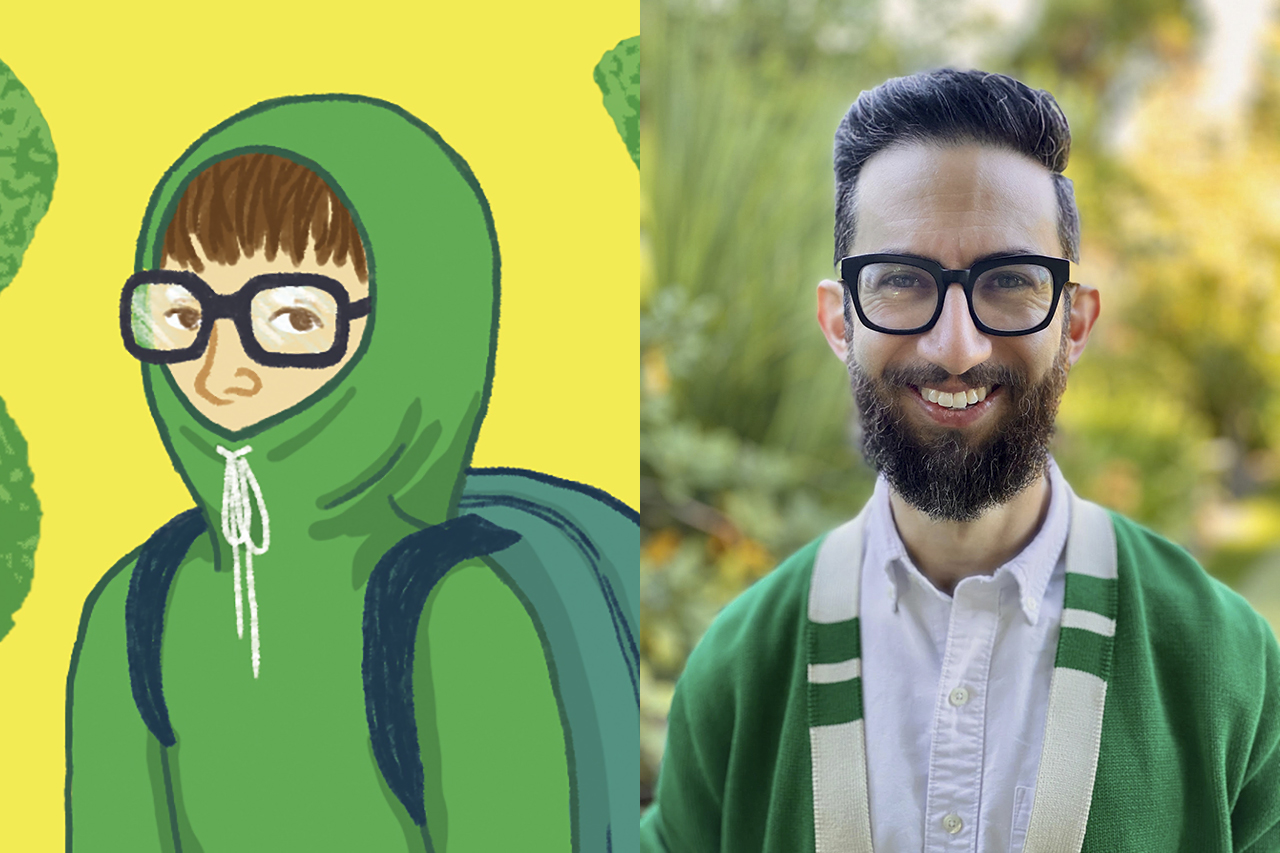