At first things were the pits, but now Olive is thriving

What happened last March to the East Bay catering company Olive mirrors the experience of nearly every other catering outfit, starting with an abrupt loss of business.

At least half of Olive’s clients were Israeli expats, and they were the first to cancel events based on what they knew about the pandemic’s course back home. Then, a week later, the other clients followed suit, asking for their deposits back all at once.

A Jewish couple who was supposed to get married last year told Olive to keep the deposit and put it toward cooking weekly meals for them. And that made all the difference.

When the pandemic started, “we were so overwhelmed and at a loss,” said Elinor Nahmani, half of the married couple behind Olive. “We didn’t know what we were going to do. But having this client to cook for weekly put us on track to shift our business. We’re so grateful to them, as they gave us our first push.”

Nahmani is the operations manager of the business, and her husband, Arkadi Kluger, is the executive chef. Despite earning a place as favorite East Bay caterer in J.’s recent Readers’ Choice poll, Olive is still a bit of a well-kept secret.

“We’re like the underdogs,” said Nahmani. “We didn’t have any investors behind us; we’ve built this with our own two hands and by working hard and being passionate about what we do.”

They’ve been catering Bay Area events since 2016. They describe their food as Israel-California fusion and get much of their produce from Berkeley’s Monterey Market. They have a range of customers, both Jewish and non-Jewish, Nahmani said, drawn to their vegetable-forward cuisine (though they have meat for the carnivores, too).

We’ve built this with our own two hands and by working hard and being passionate about what we do.

Kluger, 36, came to Jerusalem as a 6-year-old with his family from the Russian city of Rostov-on-Don. While his mother and grandmother cooked, he said, it was his father who cured the fish. In a neighborhood where everyone’s laundry could be seen hanging on their balconies, theirs was the only balcony with hanging fish.

During his Israeli army service, Kluger sometimes would cook for his unit with whatever ingredients he found on base, using just a toaster oven and a hot plate. For a time, he wanted to attend culinary school, but now he’s glad he didn’t go that route.

“I feel by not going, my mind is very open to different techniques and flavors. It’s been a big plus for me,” Kluger said. “I was lucky to have really good mentors that taught me to do things right, and be very precise and have really high standards.”

A self-described autodidact, he’s also taught himself woodworking skills and how to play a few musical instruments.

Nahmani, 39, grew up in Beersheva and is of Moroccan descent. Her father is a chef who cooked in the army and then in a catering hall, which is why he only knows how to cook for 1,000 people and finds it impossible to cook for four, she said. Kluger often calls his father-in-law to consult on recipes.

The couple met when both were living in Los Angeles. She came in 2003, he in 2007; both were traveling and intended to keep on doing so, but other things happened. One was that Kluger competed on the Food Network’s “Great Food Truck Race” in 2014 and won with his team, named “Middle Feast.” Nahmani moved to the East Bay to attend UC Berkeley, and Kluger followed later. They married in Israel in 2018.

Obviously, cooking meals for home delivery is much different than the bountiful buffets for which they were known pre-Covid. Based on customer demand, Kluger developed a recipe for chicken schnitzel, a favorite dish in Israel, that remains crispy even after reheating in an oven (something this columnist can confirm), though he noted that it’s always best straight from the frying pan. Meal deliveries have gone from one day to two days a week, Tuesdays and Fridays. Borekas have proven to be popular in Olive’s at-home menu, as have the salads, especially matbucha, the spicy, cooked tomato salad.

Soon a full Passover seder menu will be offered, with brisket with strawberries and balsamic and a chicken tagine with dried fruits as the two meat options, and Sephardic leek patties as a vegetarian option, along with such classics as chopped liver and matzah ball soup. Delivery will be available through much of the Bay Area (olivesf.com).

While Nahmani never imagined going into the same field as her father and was even in tech sales for a time, she is much happier being the face of Olive. Even during Covid, limited to meal delivery, “it’s a lot more fun and exciting and emotional, and there’s heart in it,” she said. “There’s nothing better than to get a message like, ‘I don’t know what you put in that dish, but my kid finished his whole plate.’” 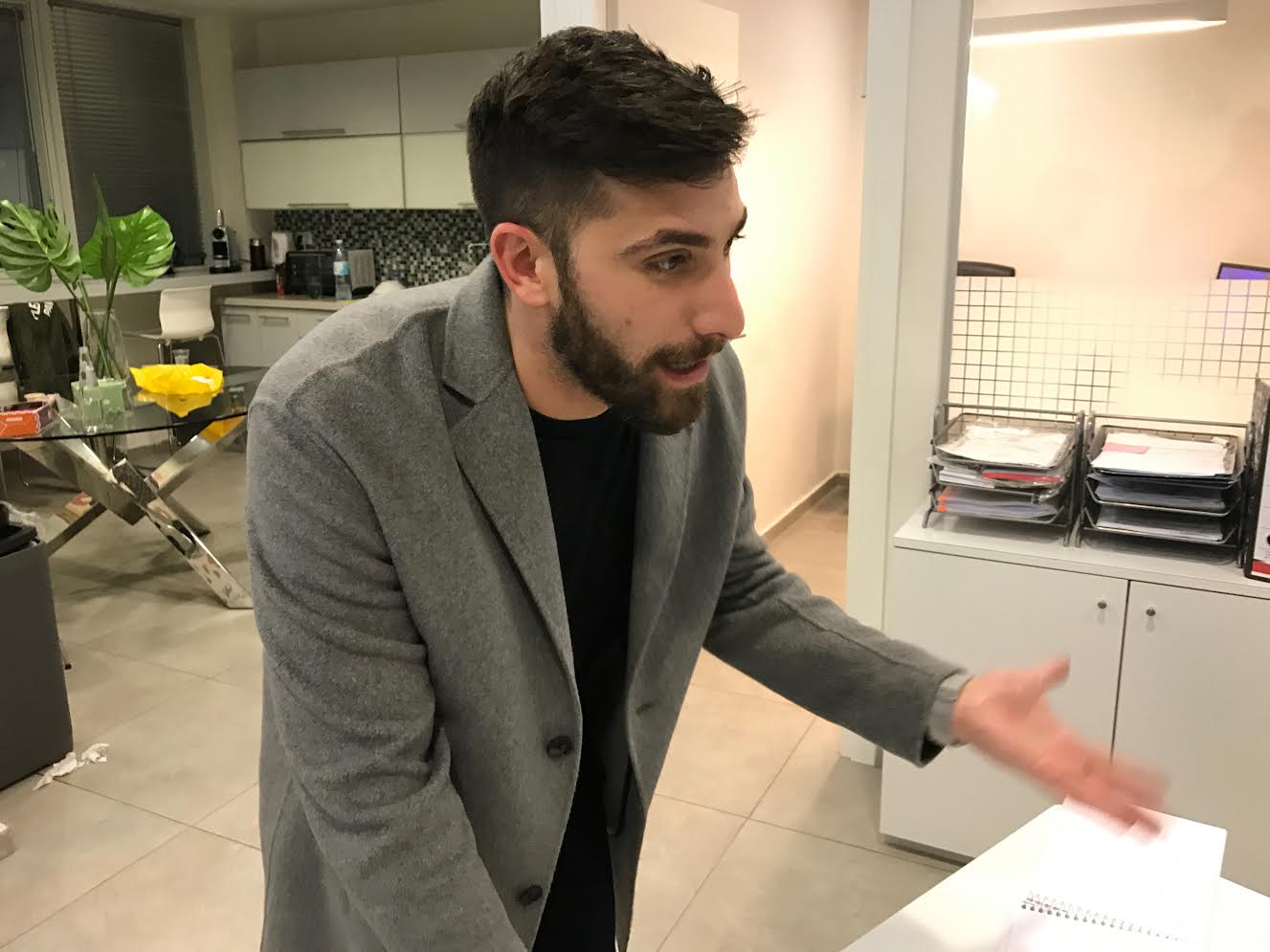