The Supreme Court decision on Roe v. Wade, issued today, takes us right back to the dark ages of back-alley abortions in a wide swath of our country.  With this new ruling rescinding the right to reproductive freedom, the Supreme Court has also transgressed the sacred separation of church and state.

I assure you that American Jews are already organizing, including a virtual national rally today at 1 p.m. There are also in-person community rallies at San Francisco City Hall and other Bay Area locations today at 5 p.m.

For half a century, we have taken the ability to make decisions about our reproduction for granted. The Supreme Court has now abridged these rights and decided that the government, not the pregnant person, has the power to legislate how an individual will handle her pregnancy.

Make no mistake: This is an attack on women. Included in the decision was at least one justice posing that perhaps the right to contraception and same-sex marriage should be rolled back as well!

The decision to bring a child into this world is personal, complex and sacred.

My husband and I longed for children and luckily had easy pregnancies. However, a dear colleague of mine has chosen not to have children and aborted the one pregnancy she did have. She believes that her illustrious career might never have been possible had she brought that child into this world while she was still in college. Others in my community have been the victims of sexual assault and chose to terminate those pregnancies. Still others have dealt with multiple miscarriages and infertility. Then there are those who find out their fetus has severe abnormalities.

In my experience, these decisions regarding reproduction and childbirth are not made lightly. This is especially the case when pregnancies have been terminated by choice. Most often, these determinations were made after extensive consultation with partners, doctors and clergy, and after much soul-searching and prayer. The Supreme Court has now taken that right away.

This ruling clearly impacts our religious freedom as Jews.

The predominant opinion of classical Jewish scholars is that a fetus is not a person until it takes its first breath outside the mother’s body (see Rashi, on Genesis 2:7). A pregnant person’s physical and emotional welfare takes precedence over the fetus. In Jewish tradition, the fetus is considered part of a woman’s body — not a separate being with separate rights.

Our Jewish point of view is contrary to the fundamentalist Christian belief that life begins at conception. This Christian opinion undergirds the massive movement in this country to abolish the reproductive rights of child-bearing individuals and families.

This is a Jewish issue.

The First Amendment of our Constitution guarantees the freedom to practice the tenets of our religion. The federal establishment of the proposed limitation of reproductive rights will infringe on the Jewish community’s ability to rely on and practice our religious beliefs. In fact, earlier this month, Congregation L’Dor Va’Dor in Boyton Beach, Florida, courageously sued the state of Florida for its restrictive abortion law on the grounds that it violates Jewish teachings and therefore infringes on religious freedom.

When a member of my community seeks my advice about a pregnancy that they do not wish to carry to term — and looks to make an informed choice that includes a Jewish perspective — here’s what I currently do:

1. Together, we study the texts from our tradition around reproductive rights. I am grateful that the National Council of Jewish Women’s scholar-in-residence, Rabbi Danya Ruttenberg, has prepared text study sheets on the “Torah of Reproductive Justice.”

2. I encourage them to reach out to Planned Parenthood or health care providers to seek medical information.

3. I stay in touch and offer spiritual support, recognizing that they can easily feel isolated and vulnerable. I want them to feel welcomed and included, exactly as they are, for the decisions they make about their own bodies.

I counsel Jews from many states, including those that will now outlaw abortion outright. As of today, I now have to add two steps:

4. Help them figure out how to get the care they need if they decide to terminate the pregnancy.

5. Help them deal with the emotional trauma and fallout if they have to travel to get care.

I am a proud member of Rabbis for Repro, a national group of about 1,800 Jewish clergy from across the denominational spectrum, including at least 70 in Northern California, who have pledged to support abortion access for all.

There are ways to be involved. Jews for Abortion Access is working to ensure reproductive freedom and our right to make decisions informed by Jewish tradition. This fight is not over. 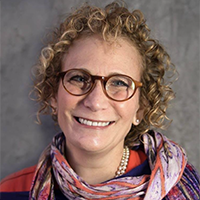 Rabbi Jill Zimmerman is the executive director of the Northern California Board of Rabbis and the founding rabbi of both Path with Heart and the Hineni spiritual community. The opinions expressed are the author’s own and not necessarily those of her employer.