As a historian, Ken Albala is used to doing meticulous research to write a book. But even fellow scholars might consider his methodology — making a different kind of noodle soup from scratch daily, for about 1,000 days running — a bit excessive.

“The only time I missed a day was when I was away,” said Albala, a professor of history and food studies at the University of the Pacific. “Sometimes I would have them for breakfast and dinner.”

The result of all of this noodle soup-making is “Noodle Soup: Recipes, Techniques, Obsession,” newly out from University of Illinois Press.

The noodle soup recipes run the gamut across nationalities. Some of Jewish interest include a Reuben soup (he recommends making the pastrami, rye noodles and sauerkraut all from scratch), chickpea noodles in tahini soup (which, he says, tastes “almost exactly like hummus”) and a baba ghanoush noodle soup (whose recipe we’d thought of including, except it also calls for 10 smoked scallops.)

He also includes a noodle made from potato chips and beer, and will even put homemade noodles in a cocktail.

Albala first got interested in noodle soup when he was teaching in Boston and was put up in a dorm with a kitchen, but no cooking implements. The nearest market he found was an Asian one, where he bought a pot, a bowl, a knife and some chopsticks. Then the packages of instant ramen caught his eye; he was one of the few Americans who had never eaten instant noodles before.

While he didn’t care for the flavor packets, he began experimenting with the ramen, adding different ingredients to change it up: slices of chicken or beef, coconut milk, a squeeze of lime. “The possibilities seemed endless,” he writes. “I was hooked.”

While most people seem to know that noodles at their most basic are made from flour and water, and every pasta cookbook discusses the virtues of semolina, Albala found out how many other ingredients noodles can be made from.

Various starches make excellent noodles, he said, whether potato starch or tapioca. Rice flour, arrowroot and acorn flour all work, too. “And they’re very easy to pinch or extrude or roll out,” he said. (He made most of his noodles by hand.)

He also experimented with shirataki noodles (made from glucomannan or konjac flour and calcium hydroxide), cricket flour noodles, various vegetable noodles and — wait for it — Flamin’ Hot Cheetos noodles. “I don’t know how these things came into my house, because they are just about the most falsely engineered junk food I can think of,” he writes. “What possessed me to turn them into a noodle, I can’t rightly say.” The recipe calls for mixing ground-up Cheetos with flour and an egg “to make a lurid reddish dough.”

When it comes to broth, of course chicken, fish and beef are among the more common varieties, but Albala said you can make a broth out of nearly anything. He’s made it from frogs and snails, too, while his favorite stock is made from seafood (it goes without saying this book is definitely not kosher).
The recipe for a clear chicken stock comes from his wife’s Romanian Jewish grandmother and includes ingredients familiar to Jewish cooks such as as parsnips and dill.

In addition to all of his own experiments, he includes a grand tour of noodle soup recipes from around the world. It seems that no matter where one goes, one can find a bowl of noodles in broth.

Albala is Greek and Turkish Jewish on his father’s side, and Ashkenazi (from Poland) on his mother’s. He grew up in Manalapan, New Jersey, in quite a nonreligious household, but had the unusual experience of attending an Orthodox Hebrew school and a liberal Jewish summer camp. His mother was on Weight Watchers, and her preferred cooking method involved opening jars and packets.

Albala had enjoyed watching Julia Child and other chefs on PBS, and by his sophomore year in college, “I started cooking and never stopped. I didn’t wonder whether I could or couldn’t; I just did it.”

As an aside, Albala noted that many of his colleagues don’t cook anywhere nearly as much as he does. He said food historians often are more drawn to studies that examine issues such as food insecurity or take a critical look at our food system.

“I’m interested in both, but I love cooking and eating and tasting,” he said.

Albala is an expert on the Renaissance, and some of his scholarly work has focused on what was eaten during that period (he has re-created Renaissance menus). But among his 25 or so books are also single-subject tomes on things like beans and pancakes.

While food studies is still gaining recognition as an established field of scholarship, Albala said at a recent gathering of a small group of food scholars, he noticed that every one of them was Jewish.

“Most of us didn’t know that all the others were; it was such a funny moment,” he recalled. “I’m sure it has something to do with the fact that food is a legitimate topic of discussion among Jews. No one will raise an eyebrow if you want to have a weighty discussion about gefilte fish. It’s not considered frivolous at all; it’s a serious topic.”

Sauté mushrooms in butter or olive oil with salt. Let them brown. Pour water and wine over, and simmer for 30 minutes. Strain the liquid into a pot and, with the mushroom solids in a sturdy cloth, squeeze out all the liquid into the pot. Discard solids. Combine porcini powder with flour and egg. Knead into a smooth ball and lightly oil. Roll out into a very thin sheet (without extra flour) and cut by hand into extra thin noodles. Let these dry slightly on a wooden board. Sauté portobello slices in butter, salting lightly. Heat the mushroom stock and add milk and noodles. When cooked through, arrange in a bowl with the mushroom slices, dill and a dollop of sour cream. 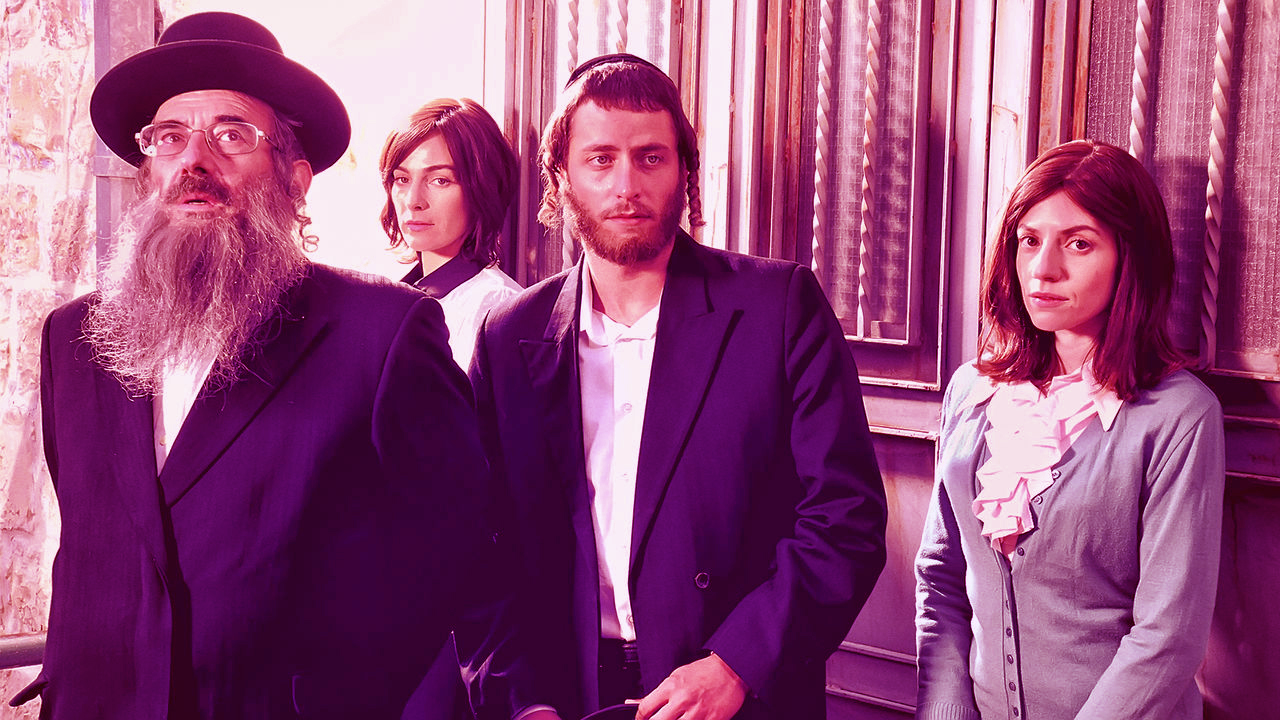 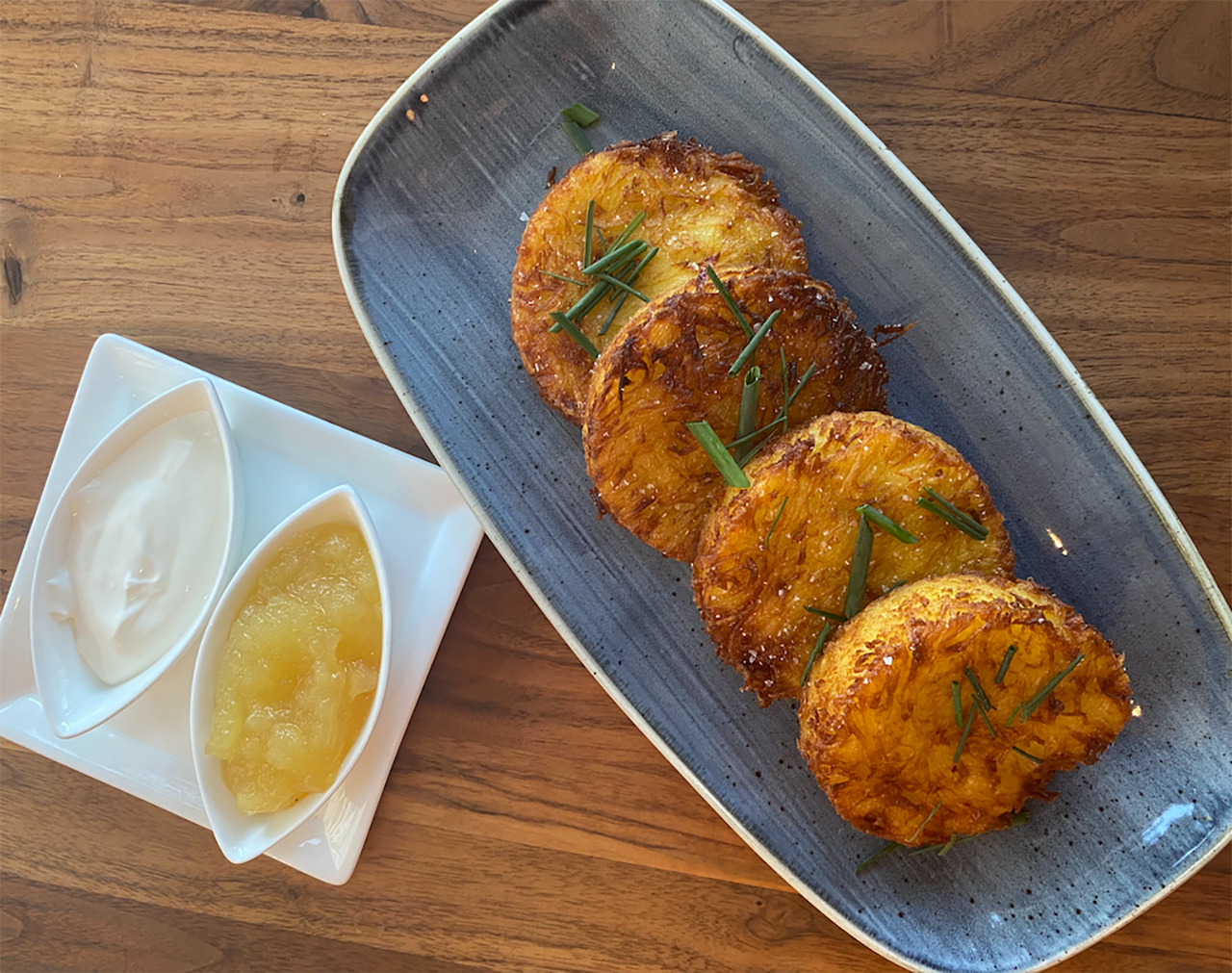 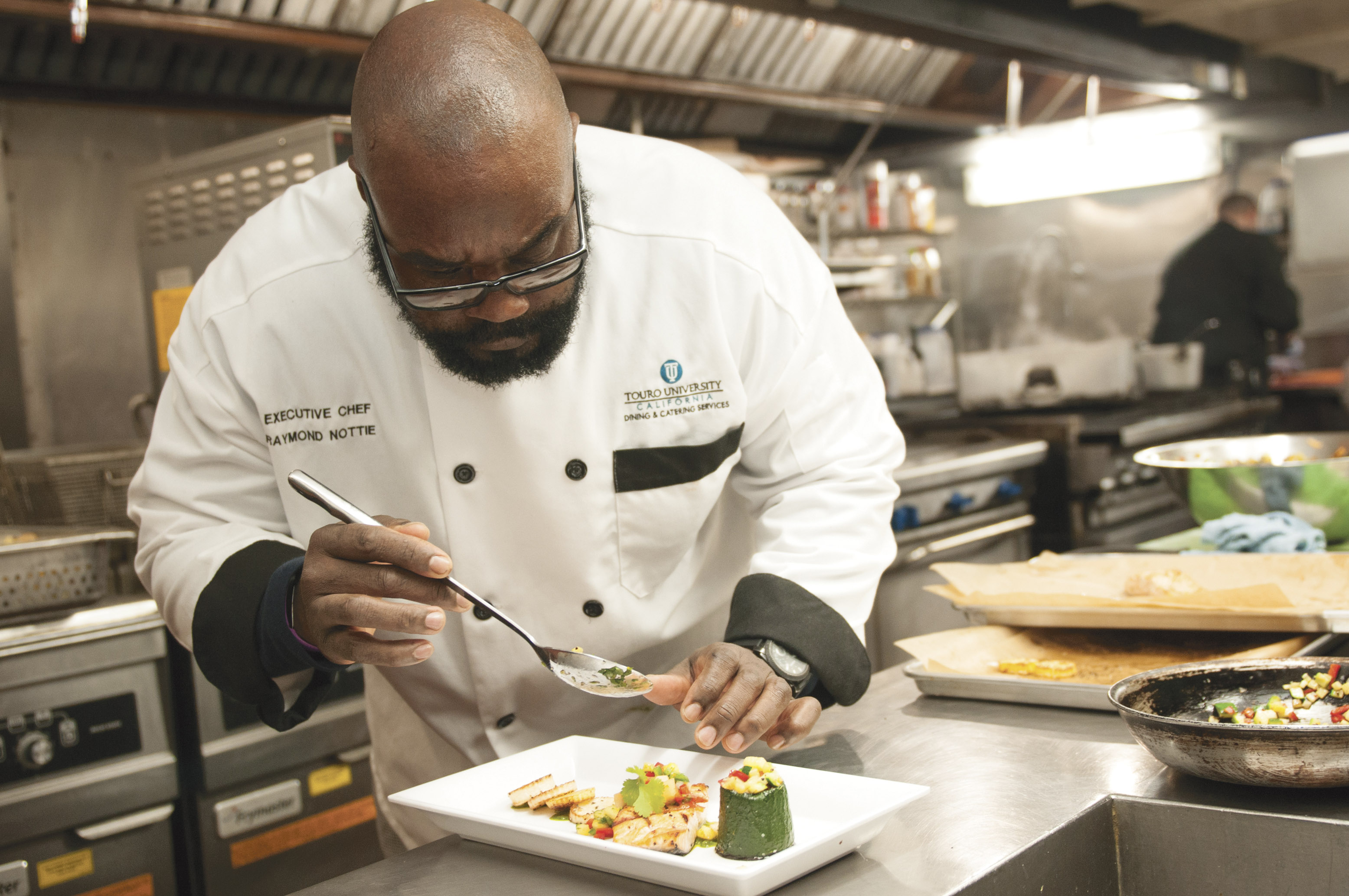