Sababa, the Israeli street food concept that fed lots of hungry office workers in downtown San Francisco for several years before the pandemic, has reopened its Stevenson Street location, which had been closed since the pandemic started. The original location, on Sutter Street, is also open.

Sababa is the concept of chef-partner Guy Eshel, an Israeli American chef who distinguished himself with a machine that makes fresh, hot pita right in front of diners while they wait in line. Sababa is at 71 Stevenson St. in San Francisco.

In September of last year, we wrote about a plant-based “bacon” from Bay Area-based Hooray Foods, and its Jewish chef, Sam Lippman.

While the product isn’t yet kosher, Hooray introduced its “Awesomer” version, which has been in development for the past year and a half. Not only is its taste closer to the real thing, but its nutritional value is better than before, at 40 calories per strip, which is 65% fewer calories, 75% less fat and 40% less sodium than pork bacon.

Last year, we wrote: “The sample I was sent was by far the best bacon approximation I’ve tried. Like all plant-based proteins, there’s going to be a certain meatiness missing, but the texture and flavor of Hooray’s product come remarkably close.”

While it’s been nearly a year since then, once again, we were impressed with it; the smoky bacon flavor was undeniable. When mixed into a very flavorful kimchi fried rice, it was nearly impossible to detect that it wasn’t the real thing.

Hooray Bacon is available at Whole Foods and other grocery stores; another thing going for it is that it’s made of real ingredients, such as coconut oil and beet powder for color.

We’ve been salivating over the Instagram account of a new pop-up called Bubbala’s Jewish Deli that we first got wind of from a mention in the Marin Independent Journal. While we haven’t tried it yet, the next pop-up is at Magnolia Park Kitchen, 1016 Court St., San Rafael, Aug. 21 from 10:30 a.m. to 2:30 p.m. — or until the food runs out.

Also, on deck for us to check out is Berkeley’s Delirama, which also promises house-made pastrami, bagels and more. One reader has already stopped by and sung its praises to the Organic Epicure. Stay tuned for future columns on both. 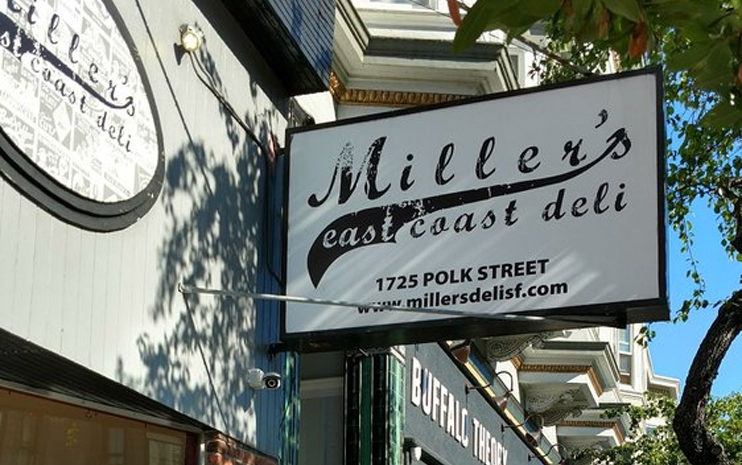