Israel Philharmonic protesters respond; Stow Lake, for and against; etc.

A recent letter in J. (“Antisemitic threats aplenty,” Nov. 9) suggested that the risk of antisemitic content in ethnic studies curricula is not of the same magnitude as some other threats our community faces, such as antisemitism spread both by neo-Nazis and by celebrities such as Kyrie Irving and Ye.

Of course, those situations are extremely serious, and must be challenged with every possible tool at our disposal.

But please don’t downplay the risk of inserting antisemitic material into a public school curriculum. That crosses a line not seen in modern America: official government promotion of antisemitism.

While those exposed to it may be today’s 14-year-olds, in four years they will be college freshmen. If you think things are difficult on campuses now, imagine an entering class having been taught — in their public schools — that Israel is an illegitimate settler-colonial state and that BDS is “a global movement for the freedom of Palestinians living under apartheid conditions.”

The best way to prevent that is for our community to step up and ensure that local school districts don’t adopt such a curriculum. StandWithUs has an excellent guide for action at standwithus.com/ethnic-studies-tool-kit.

This means that some — perhaps many — of the next generation could be indoctrinated with antisemitism and anti-Zionism.

Ethnic studies is divisive. School districts, politically driven, can and will choose whatever ethnic studies curriculum they feel the local population will approve of.

Unless we see ourselves as Americans first, united, we are committing national suicide. Jews are being set up to go first. Check out the atmosphere at American universities regarding any Jew who supports Israel. Sit in on meetings of local school boards, and then report back on the likelihood that ethnic studies will help cure, rather than contribute to, the rising antisemitism and rising rejection of the USA we now see among our young.

Regarding “‘Mapping Jewish San Francisco’: USF exhibit is a visual treasure trove of local history” (Nov. 9): Thank you very much for covering our latest educational project. Reporter Maya Mirsky provides an important and heartwarming piece on this new resource, including our two current exhibits, “The House of Love and Prayer” and “Out of Egypt.”

Part of the beauty of “Out of Egypt” is that it was co-created by students in our Swig Program in Jewish Studies and Social Justice. Two of the goals of higher education are to educate students and produce scholarship. In this project, we were able to do both of these things at once. Our students played a pivotal role in continuing the transmission of the lives of these Karaite Jews.

Wow! Thank you so much for publishing the interesting and enjoyable articles, “‘Mapping Jewish San Francisco’: USF exhibit is a visual treasure trove of local history” (Nov. 9) and “How the Summer of Love Changed American Judaism” (June 29, 2017).

I wandered into the House of Love and Prayer with a friend in 1968-69 as a shy teenager. We both attended religious school at nearby Congregation Emanu-El. I did not know at the time that I was seeking. I was attracted to the joy and the music. As an adult, I joined a small congregation in Maryland, Bethesda Jewish Congregation, which has been a fine example of Jewish Renewal and still thrives today.

Re: your story on the protest at the Israel Philharmonic Orchestra concert in San Francisco (“Protesters make noise before Israel Philharmonic’s S.F. concert,” Nov. 7), J. apparently never talked to any of the 50+ people there to protest. Some of us, myself included, are Jews who, based on our Jewish values, believe that Israel’s mistreatment of Palestinians is wrong. We are supporters of Jewish Voice for Peace who strongly supported this protest action.

It is also important to note that we never blocked the entrance to Davies Hall and, in fact, when cars or buses stopped at the entrance to let people off, we paused our picket line to let them through directly to the entrance. The only aggression I observed was from concert attendees challenging our right to protest or calling us antisemitic.

As a former Zionist, I know that it is hard to accept that Jews who have so often been the victims of oppression can also be oppressors, and that Israel, which claims to be “a light unto the nations,” is in fact an oppressor and occupier. But facts are facts and the best way to ensure Jewish survival is for Israel to grant full and equal rights to all residents.

The Bay Area chapter of Jewish Voice for Peace is surprised by, and disappointed in, the misleading reporting in “Protesters make noise before Israel Philharmonic’s S.F. concert” (Nov. 7). J. apparently did not speak with anyone from the Palestine Action Network, which called for the protest (JVPBA is a member of this coalition), or with any of the protest’s participants.

The article quotes one concert-goer claiming “protesters were ‘aggressively’ trying to block people from entering.” Protest organizers had specifically told participants that we were not to block the entry; those of us who were there, including security personnel from both the Symphony and San Francisco Police, can attest to the peaceful (though loud) nature of the protest.

On the other hand, I was sworn at, spit on and pushed by attendees while standing still and holding one side of a banner.

Some of the protesters gave flyers to those who would take them, letting the concert-goers know the reasons for the protest. Including this relevant information would have been a great service for your readers so they could decide for themselves whether to support Israel’s violations of international law.

Note that Israel exercises complete and total control over the movement of all Palestinians within Israel, in the West Bank and Gaza. Thus, as Israel sends its “cultural ambassadors” such as the Israel Philharmonic around the world to promote its interests, Palestinian musicians, artists, academics and others are prevented by the Israeli government from traveling to perform or participate in conferences and other cultural events.

Readers of J. have a range of views about Israeli policy and Palestinian rights, and deserve balanced and informative coverage.

Israel’s lean to far right requires us to speak up

We are Zionists and believers in the core Jewish values of equality, fairness and justice. While Israel’s voters have spoken (“For some Americans who moved to Israel, this week’s election results are conjuring 2016 deja vu,” Nov. 3), we have deep concerns over the new governing coalition’s apparent disdain for many of these values.

A new Netanyahu administration will include an alarming mix of Jewish supremacists who openly espouse anti-Arab hatred and reject democratic institutions, such as an independent judiciary.

The new Israeli government will almost certainly be the most conservative and least respectful of non-Jews in its history. Twenty-one percent of its citizens are of Arab descent.

Our role as Jewish Americans is not to blindly align with any Israeli government policies simply because it is Israel.

That era has long passed, sadly.

The United States, with our community’s support, must stand behind our shared values and speak out when necessary. That time is now.

If Israel continues to enable new settlement activity, destruction of existing homes and de facto annexation in the West Bank, we must demand that the U.S. ensure that no U.S. military aid is used for any purpose other than for its defense and security.

If Israel fails to stop acts of violence by settlers on Palestinians, as well as attacks by Palestinians on Jewish Israelis, we must demand that the U.S. object with equal vehemence.

If the Israeli government fails to protect the basic rights of all citizens of Israel and all residents of the occupied territories, then the U.S. must support efforts to protect those rights in the United Nations and other international forums.

Loving Israel is in many ways similar to loving a spouse or close friend. Difficult circumstances often require a stern and even harsh response.

Israel’s future as a secure and democratic nation that embodies our values depends on it.

We write as individuals, not representatives of any organization.

Kia ora a Aotearoa. Greetings from New Zealand. In 2020, fearing Covid and loathing Trump, we left San Francisco and took flight. I still follow San Francisco and U.S. news with a mix of fascination and horror.

Stow Lake of no importance

As a frequent visitor to, and user of, Stow Lake in Golden Gate Park while my three children were preteens, I endorse Jonathan Harris’ opinions and observations in J. (“So a lake in S.F. is named for an old-timey antisemite. Who cares?” Nov. 7).

I have never ascertained the origin of the name and never knew Stow was a California legislator (as was I) or when he lived.

I doubt other Bay Area Jews did, either.

I’m not surprised three politically correct San Francisco Board of Supervisors members want to rename the lake and adjacent road. It reminds me of the three board of education members who attempted to rename public schools. They were recalled in February.

With homelessness, crime, downtown office vacancies and a defunct public transit system, our supervisors have more issues to address than the beautiful Stow Lake’s name.

I disagreed with your Nov. 7 opinion piece “So a lake in S.F. is named for an old-timey antisemite. Who cares?”

Certainly, the San Francisco Board of Supervisors should not need to ponder for very long the virtue of changing the name of Stow Lake and Stow Lake Drive. We should not celebrate nor honor a person so dedicated to hatred of Jews.

I won’t comment on whether or not it’s OK to display a Palestinian flag at the Contemporary Jewish Museum (“CJM visitors wonder: Does the Palestinian flag belong on the museum’s walls?” Nov. 9).

But I believe that the title of the artwork, “No one is listening to us,” is wholly inappropriate.

Artist Tosha Stimage is apparently neither Jewish nor Palestinian/Arab. She speaks for Palestinians because she “was inspired by a conversation … with a Palestinian man,” who explained to her the meaning of certain plants.

At a time when the art world is paying increasing attention to questions of representation and appropriation, Stimage and the CJM apparently believe that these standards only apply to some people.

But if we accept that “us” means Palestinians, the work itself belies its own title.

Leftists all around the world — now including Tosha Stimage of Berkeley in addition to countless others — are listening to Palestinians.

A more appropriate referent for the pronoun “us” would be Jewish Israelis. Palestinians have had great success in both keeping their conflict at the forefront of the news and convincing Westerners that Israel alone is responsible, despite ample documentation of a much more complex history.

Broadening further to include American Jews, the emerging consensus on the Left is that we are a privileged oppressor class, and consequently must endure all manner of indignities.

Dialogue between Israelis and Palestinians is,  of course, necessary. Meddlesome outsiders don’t help.

As the primary provider of Youth Mental Health First Aid in the Bay Area, JLW has, over the past two years, trained 280 Jewish educators, administrators, youth professionals and parents to help them identify the signs of distress in their teens. The next free training will take place in January 2023 (for details, visit tinyurl.com/jlw-ymh).

We are also offering free training for staff teams in Bay Area Jewish organizations, upon request.

We are very proud of this initiative, and everything we are doing to nurture the well-being of children by providing high quality professional development in the Bay Area and beyond. 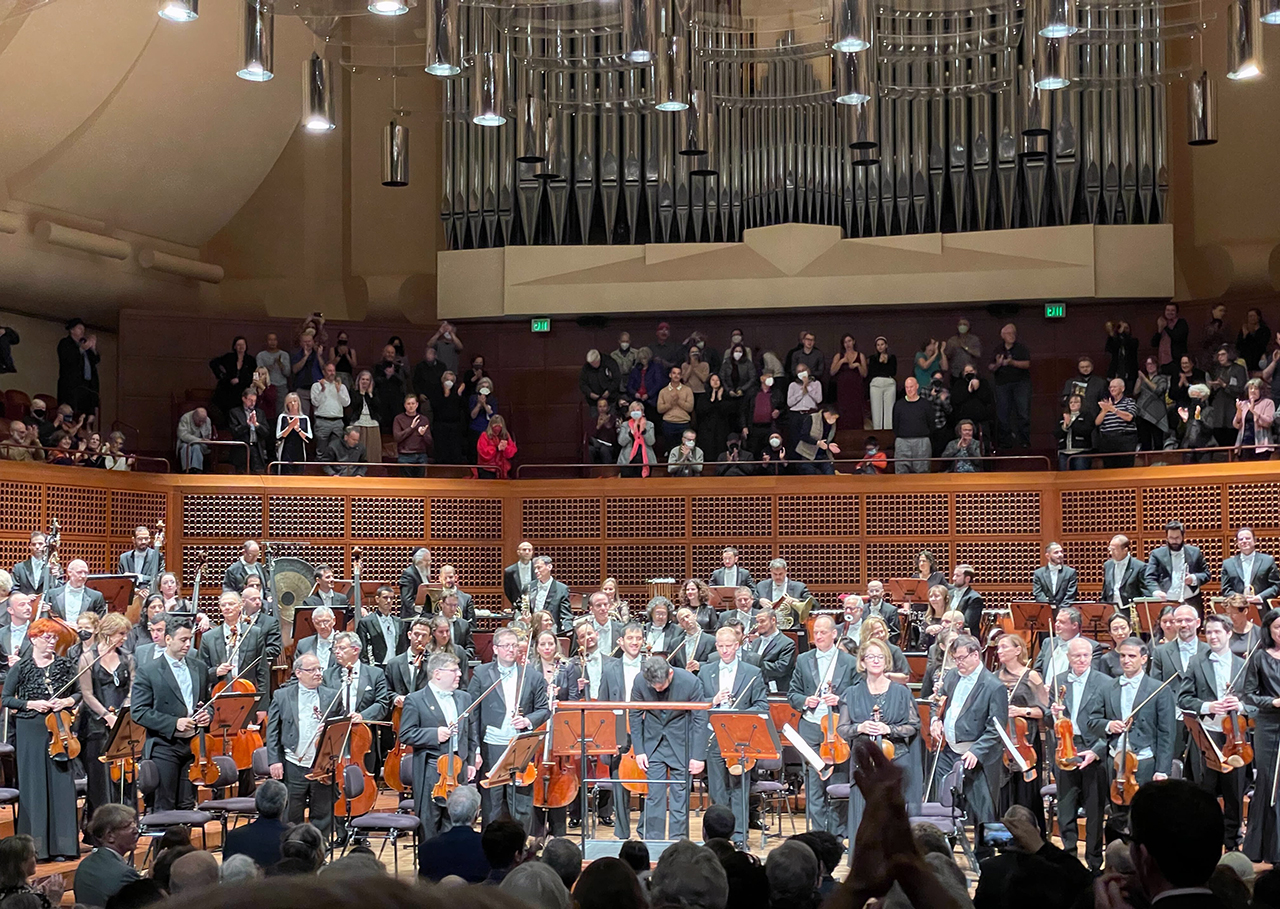